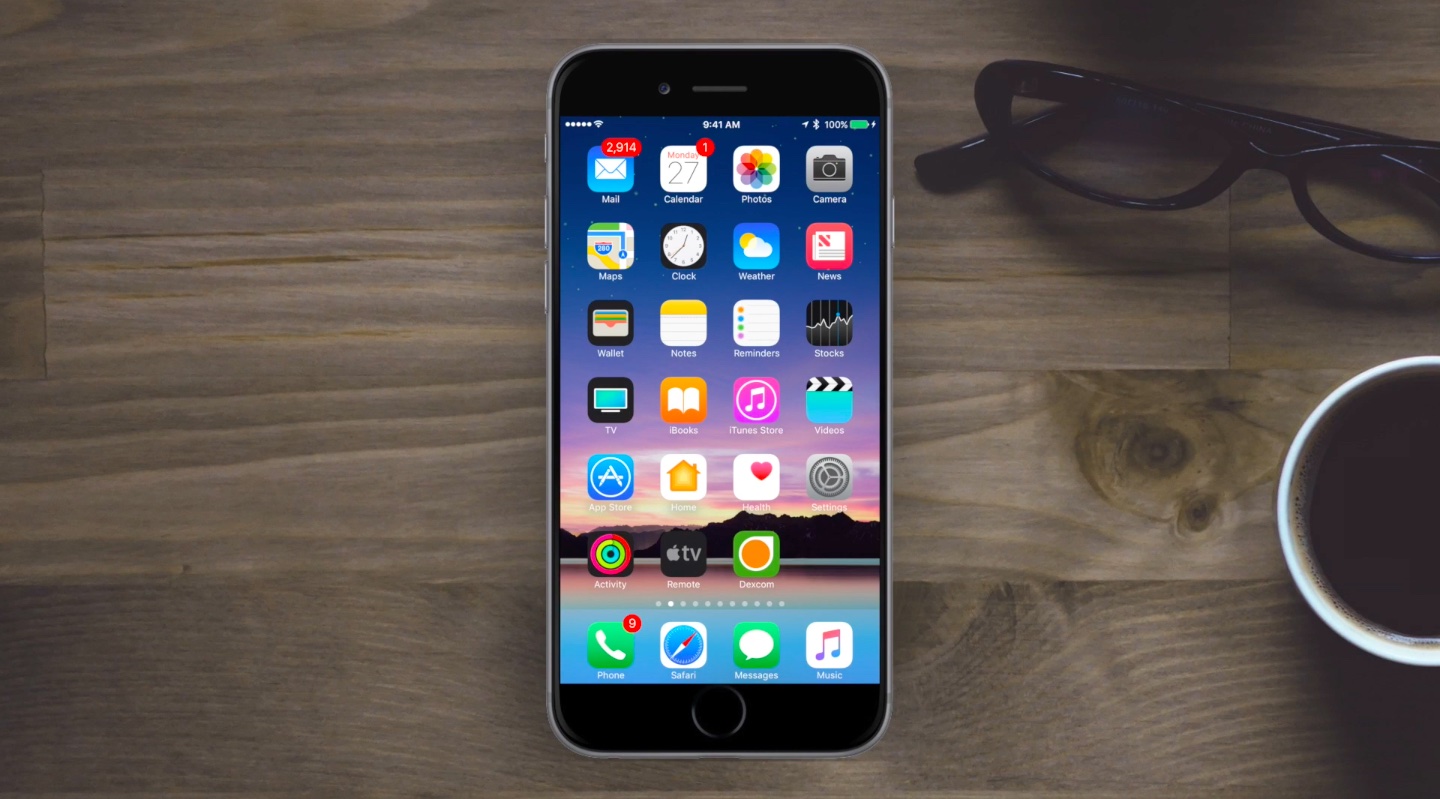 Following weeks of extensive testing, Apple today released iOS 10.3 for iPhone, iPad and iPod touch with Find My AirPods and other new features. iOS 10.3 is available as a free over-the-air update for all iOS 10 users, and can be downloaded via iTunes, too.

It brings more than a dozen improvements and new features, such as Find My AirPods, Apple File System, a revamped iCloud section in Settings, a kill-switch for in-app review prompts, a name-and-shame list of legacy apps on your device and much more.

Be sure to watch our video overview of everything new in iOS 10.3, then share your thoughts about your favorite features with fellow readers in the comment section.

Our own Andrew O’Hara put together a nice video walkthrough for you guys to enjoy.

Your overview of iOS 10.3 features continues right below.

iOS 10.3 brings several new outward-facing features along with bug fixes, performance improvements and security enhancements. Some of the more notable changes include:

Find My AirPods lets you locate a misplaced earbud in the Find My iPhone app.

Not only does the app let you view the last known location of your AirPods on a map, it also makes it possible to play a high pitch sound to either or both AirPods.

This is helpful for locating earbuds misplaced nearby (within Bluetooth range). 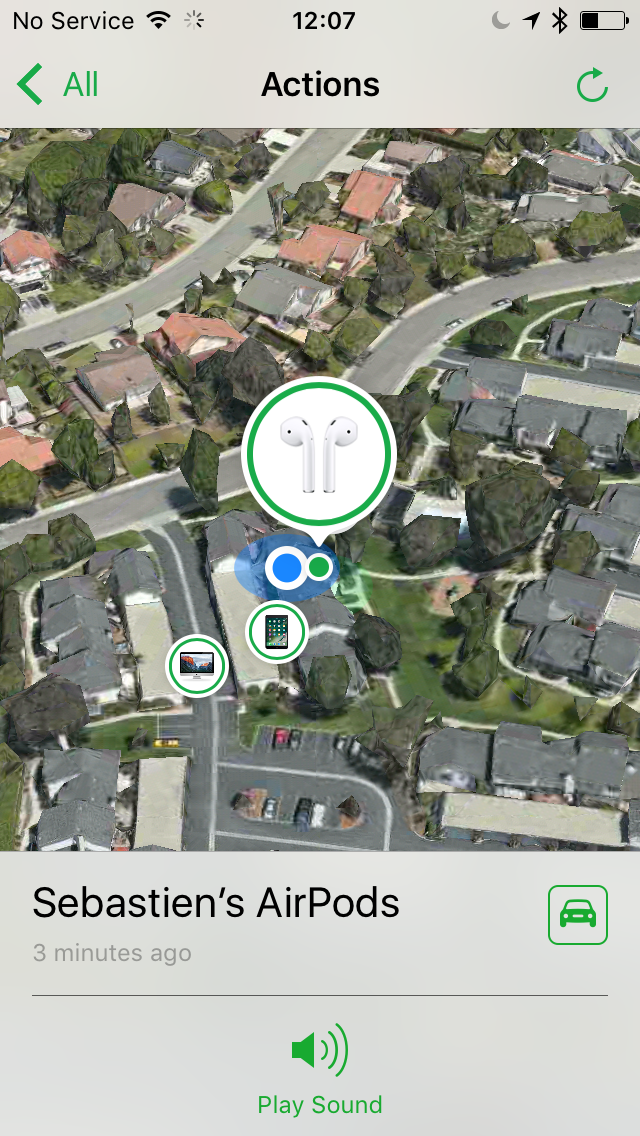 On iOS 10.3, Siri can be asked to pay your bills using payment apps and check the status of your payment. She can also schedule a ride in Uber and other compatible apps. If you’re into sports, Siri will now check scores and statistics for Indian Premier League and International Cricket Council.

And if you happen to use automaker apps, Siri in iOS 10.3 allows you to check your car’s fuel level, turn on the lights and activate the horn simply by asking.

With iOS 10.3, developers can respond to reviews on App Store directly and publicly for everyone to see. Apple will soon enable a new toggle in Settings for disabling prompts in apps that inundate you with requests to rate it or post a review on App Store.

Switching it to the OFF position will prevent apps from asking for product feedback. 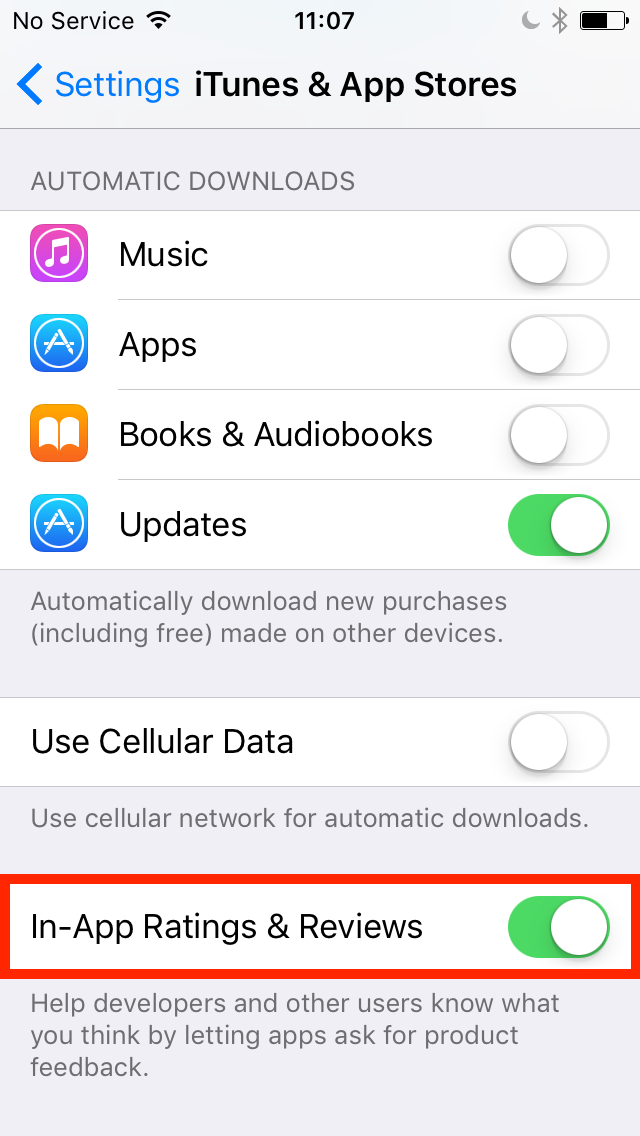 This switch only effects apps that use Apple’s new Reviews API. The ability for developers to respond to App Store reviews and for users to disable in-app review prompts will work on both App Store and Mac App Store. 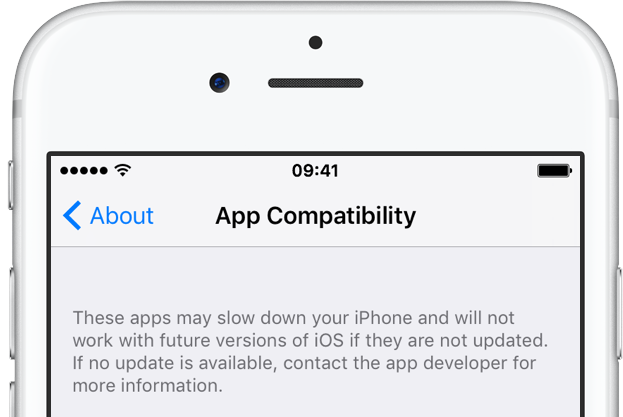 After launching a 32-bit app, iOS 10.3 pulls up a reworded prompt to inform you that 32-bit apps won’t work with future versions of iOS unless they have been updated (you can take that as proof that iOS 11 will be 64-bit only).

The root-level iCloud section in the Settings app has been relocated to the top of the list and now appears as a neatly unified view bringing your Apple ID account information, settings and devices into one easily manageable section. 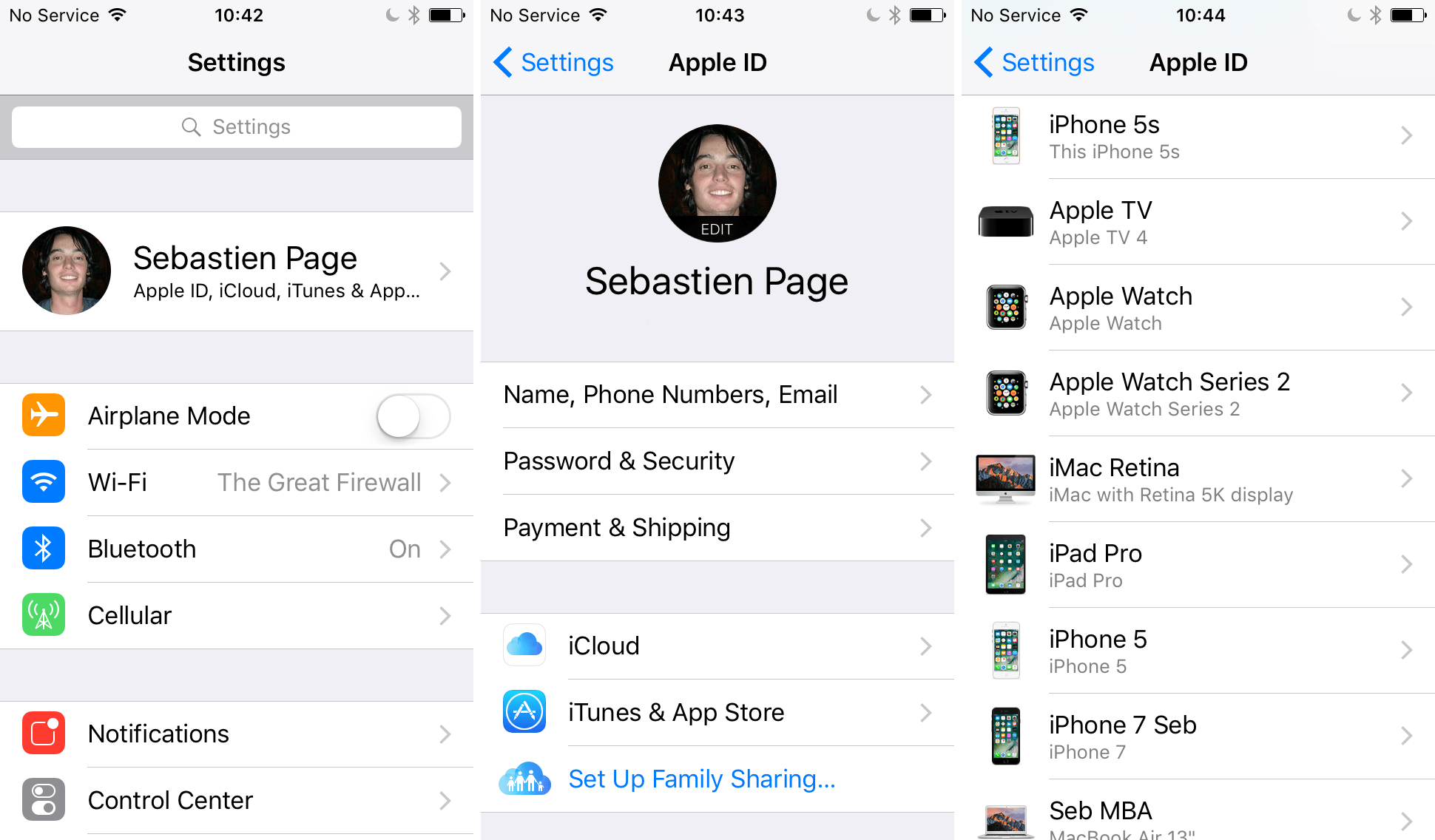 Speaking of CarPlay, you can now quickly get to your recently used apps without going back to the Home screen as the CarPlay interface now provides quick shortcuts at the lefthand side for launching your favorite music, navigation and messaging apps.

In iOS 10.3 Maps, you can press the displayed current temperature with 3D Touch to bring up the hourly forecast, or press harder to show detailed weather for this location in the stock Weather app. 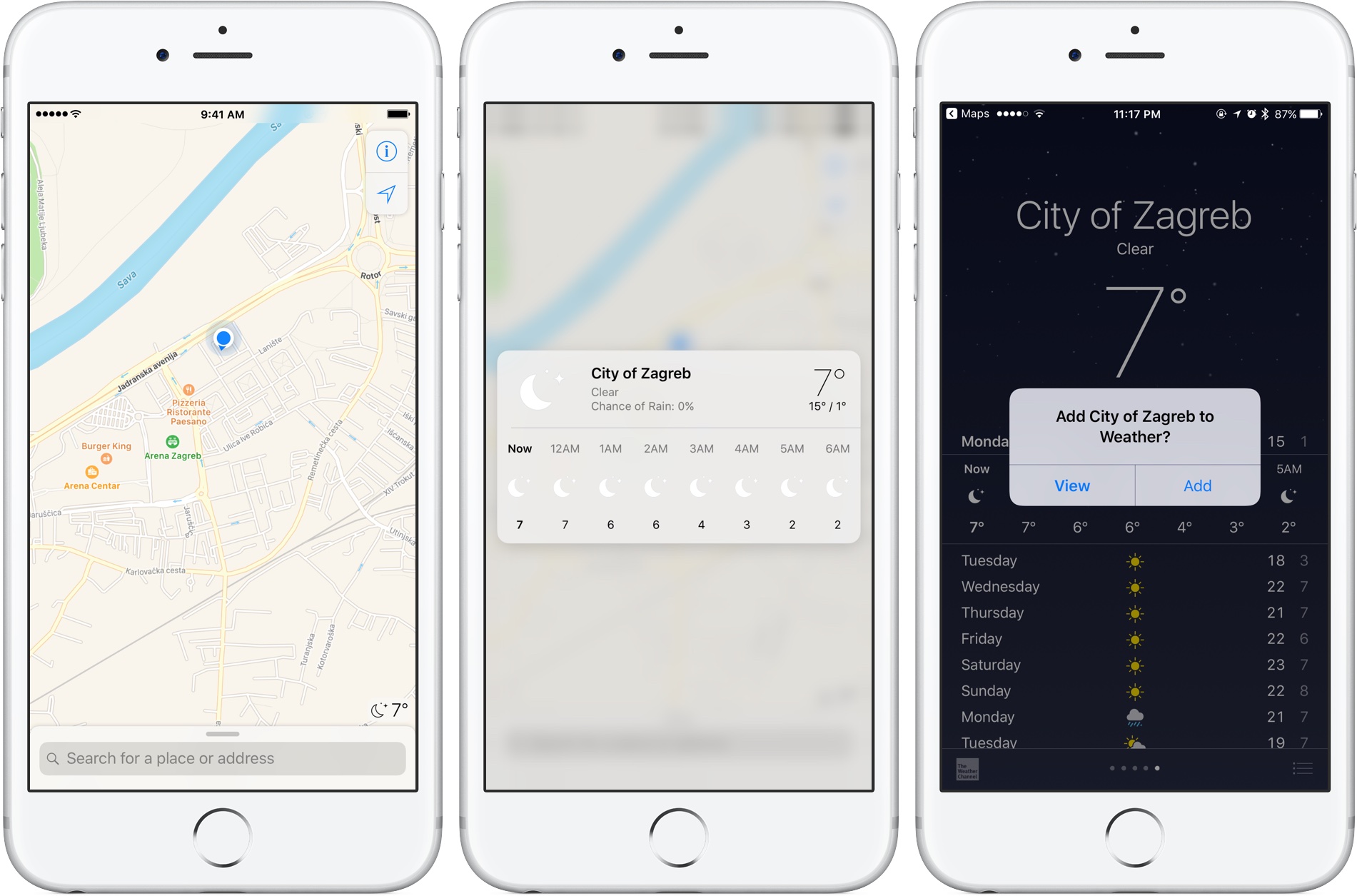 Oh, and Maps lets you search for “parked car” to see where you parked your vehicle.

In Calendar, you can report spam. This feature originally launched in Calendar for iCloud in November 2016 and now it’s available across your iOS devices as well.

The Podcasts app now has a Today widget, supports 3D Touch for one-tap access to the recently enjoyed shows and lets you share podcast episodes via Messages.

In the Home app, you can now see the battery level status for your HomeKit-certified accessories and trigger scenes which use smart home products that are outfitted with switches and buttons.

iOS 10.3 also allows third-party apps to update their icon without requiring developers to submit a new binary to App Store. Developers can use this feature to reflect various states in their apps on your Home screen. For example, a free app could update its icon after you upgrade to the full version via the In-App Purchase mechanism.

Last but not least,  iOS 10.3 (as well as macOS Sierra 10.12.4, watchOS 3.2 and tvOS 10.2) comes with the new Apple File System designed to help free up storage space, improve performance and make your data more secure. 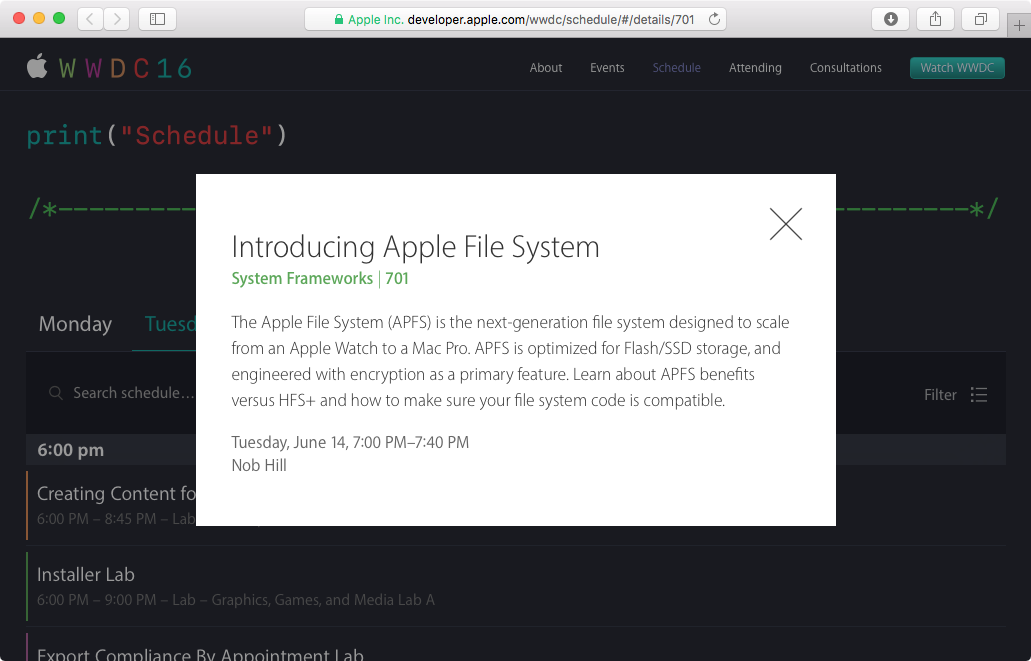 It’s optimized for flash-based storage (but works with traditional hard disk drives as well), scales from Apple Watch to Mac Pro and has encryption built-in.

For the technically inclined, other features of Apple File System include:

Existing third party utilities will need to be updated to support the new file system.

Apple mentions the following improvements in the official iOS 10.3 changelog:

We’re unlikely to see iOS 10.4 because Apple will preview iOS 11 and other platform and OS updates at its worldwide developers conference in June. We do expect, however, one or more point update for iOS 10.3 to fix any remaining critical bugs or vulnerabilities.

Are you satisfied with the enhancements and perks included in iOS 10.3? If so, did you install iOS 10.3? If not, why and are you planning to anytime soon?