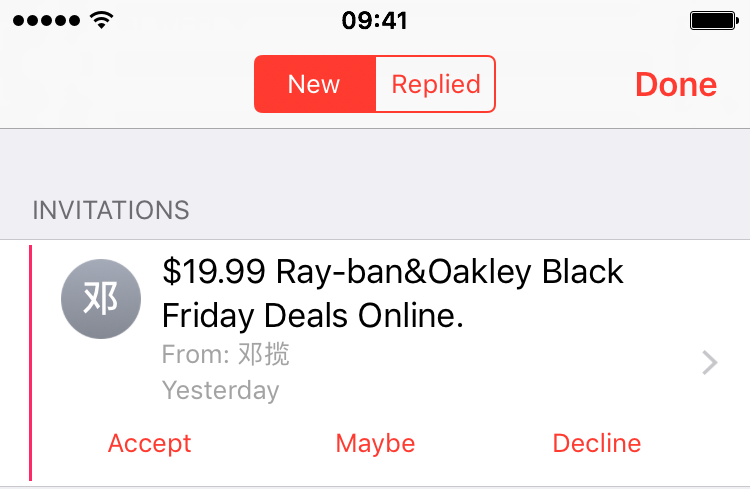 A new kind of spamming technique relying on iCloud Calendar has caused and continues to cause a lot of pain as these unwanted invites hit users’ email inboxes and trigger a notification. As noted on Reddit, the iCloud Calendar web app seems to have gained a new link for reporting spammy calendar invites and blocking their senders.

This feature will be rolling out to the stock Calendar app on iOS devices soon, an Apple representative allegedly told a disgruntled customer. 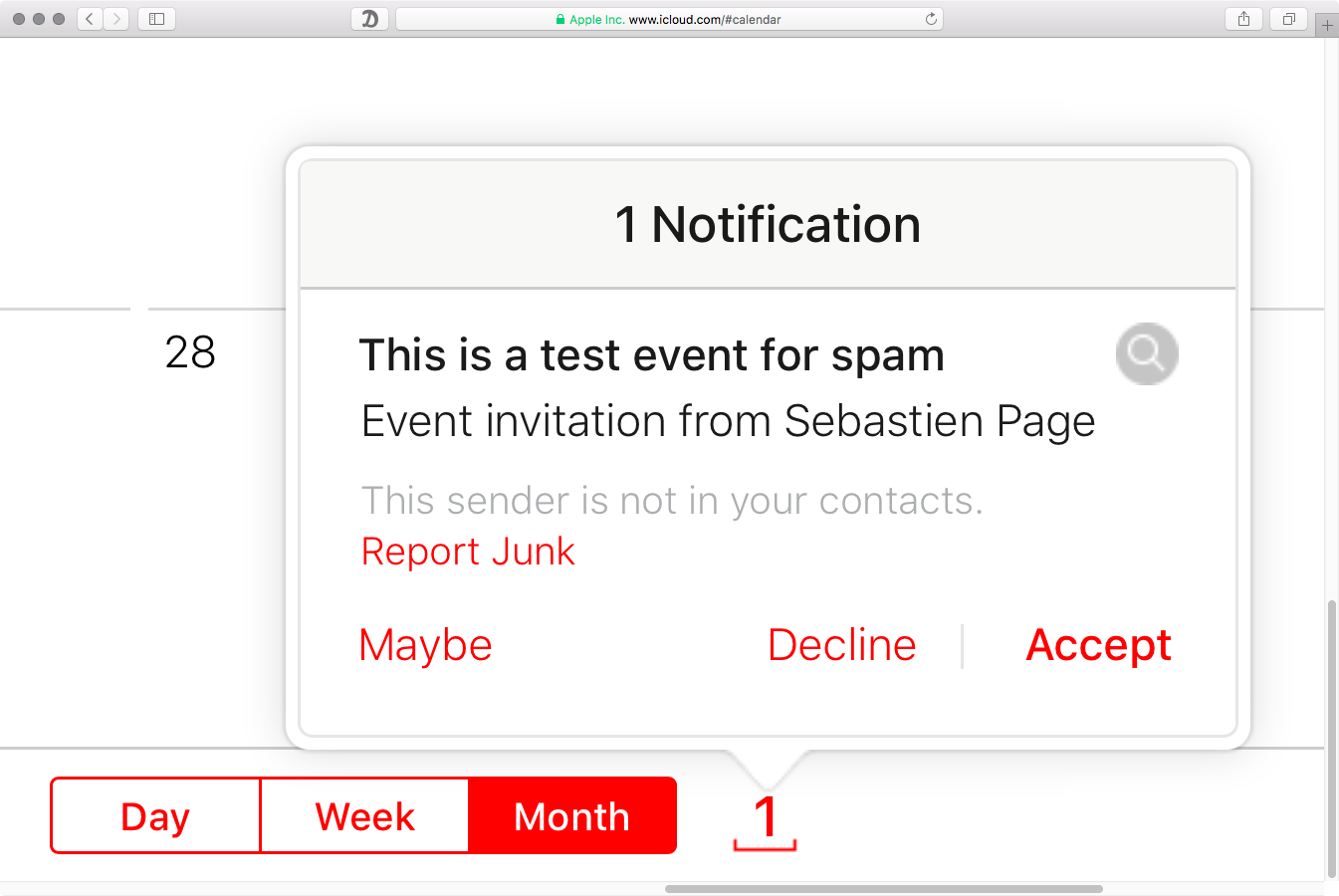 Upon choosing to report the sender, you see a dialog asking you to confirm the action.

“Junk invitations are automatically deleted from your Calendar,” reads the prompt. If you accidentally reported the invite as junk, just click the link Not Junk to revert the action, which will undelete the invite. 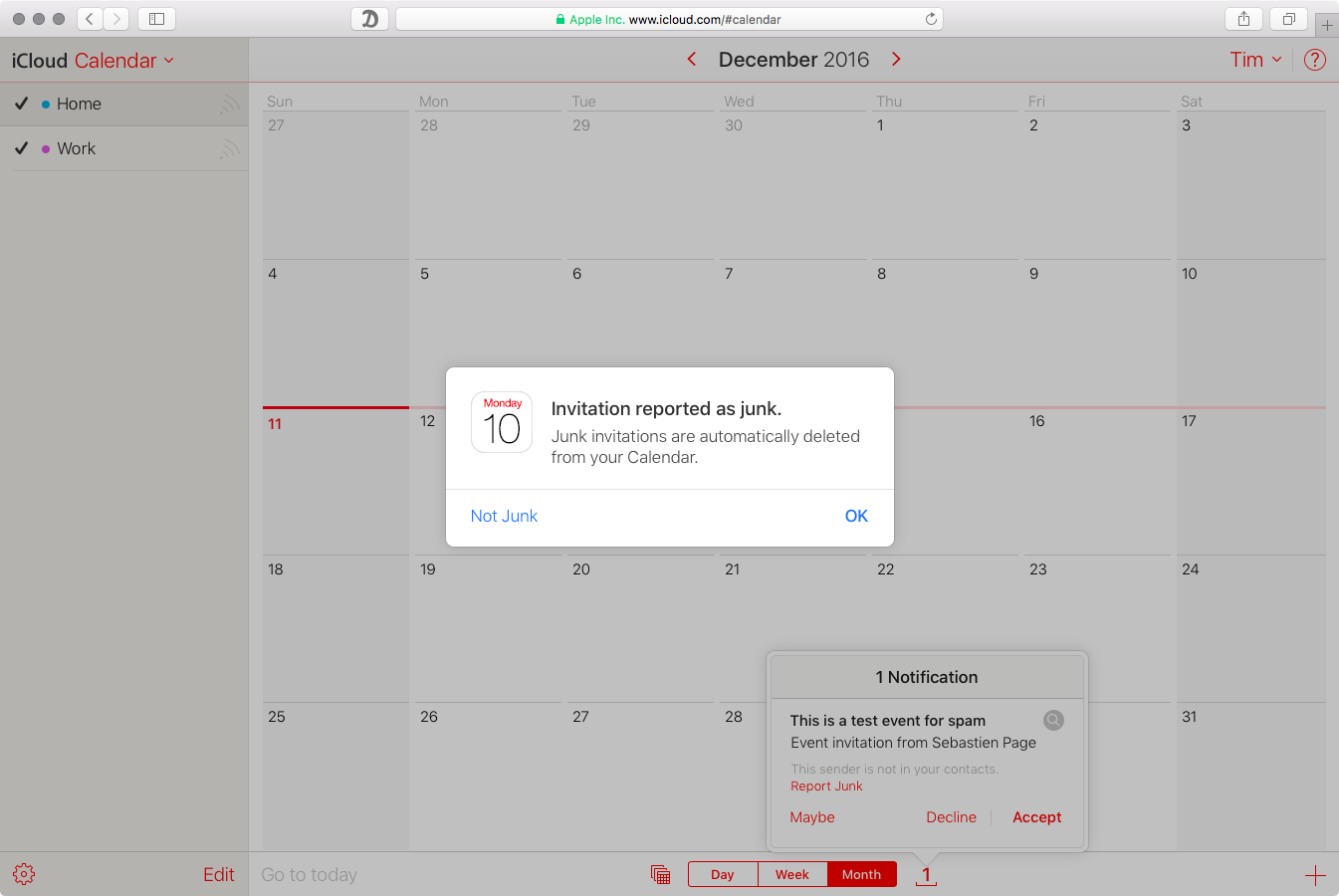 Just to clarify, you still have options to Accept, Decline or Maybe the invite.

The rep did not specify whether the upcoming iOS 10.2 software update or a subsequent release will fix the issue, neither did he say anything about macOS 10.12.2 Sierra potentially fixing this problem, but we’ll keep you posted.

For what it’s worth, I can confirm that the stock Calendar app in the latest betas of iOS 10.2 and macOS 10.12.2 Sierra does not contain this spam-reporting link. At any rate, Apple’s acknowledged the issue and confirmed it’s working on a fix.

“We are sorry that some of our users are receiving spam calendar invitations,” said Apple lsat month. “We are actively working to address this issue by identifying and blocking suspicious senders and spam in the invites being sent.”

In the meantime, our own Sébastien Page has put together a quick tutorial laying out a few things you can do to disable calendar invite spam on your iPhone, iPad or Mac, and delete events you might have accepted.

Séb suspects Apple may have taken care of the spammers server side.

“I’m sure they’ve put filters in place where spammers are automatically blocked,” he wrote on Slack. “Doesn’t look like it would be too hard to do either.”