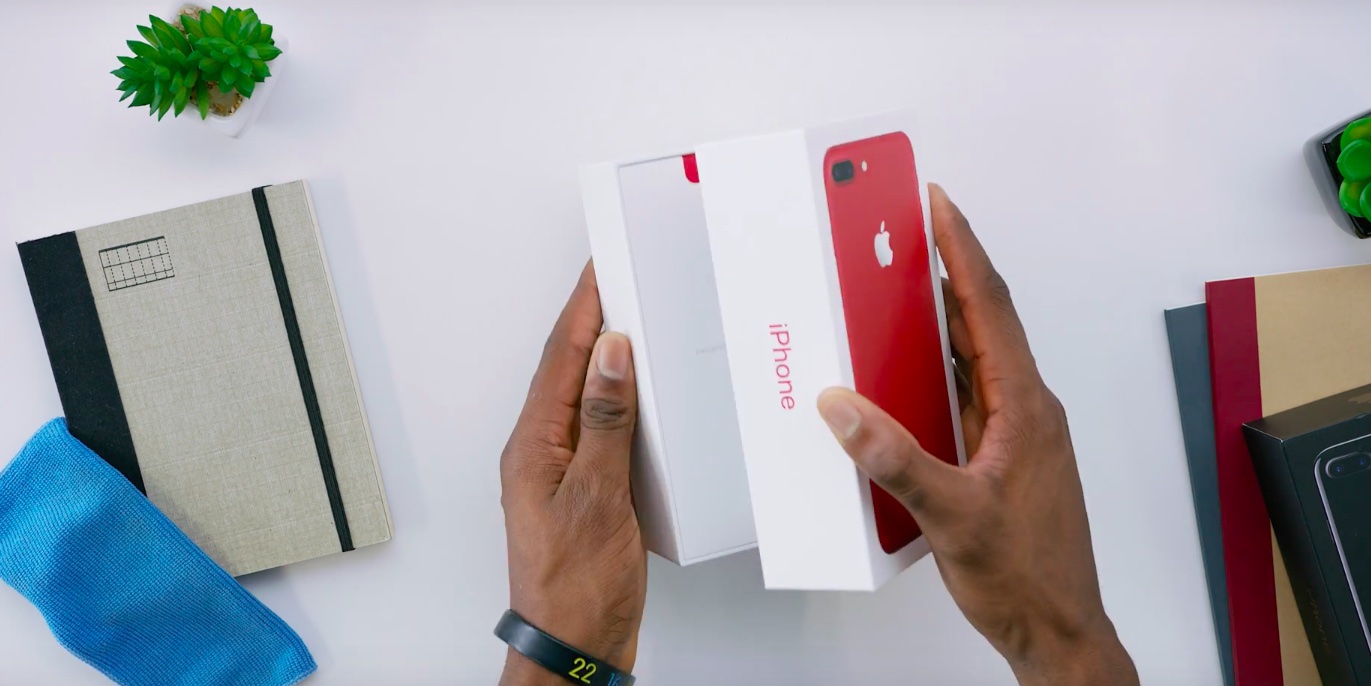 YouTuber Marques Brownlee has managed to get his hands on one of Apple’s new (PRODUCT)RED iPhone 7 devices announced yesterday and has now posted an unboxing video on his YouTube channel. Mimicking the handset’s white front face and its vibrant red aluminum casing, product packaging features a white box with red text and red iPhone graphics. The manual that’s shipping in the box sports red branding as well.

Aside from visual differences, the (PRODUCT)RED iPhone 7 Plus box contains a charging cable and Lightning-based EarPods like with regular models. Brownlee thinks the device’s heavily saturated finish makes for the pretties iPhone yet.

“This thing is really red and really good looking,” he quipped.

The device has a matte finish to it rather than the super smooth finish of Jet Black iPhones.

This is a good thing because fingerprints and smudges are not as noticeable as one might suspect. Brownlee, like other people, thinks Apple should have made the front of the device red instead of white.

And here’s the unboxing video from Marques.

The new (PRODUCT)RED iPhones will be available in 128GB and 256GB models starting at $749 from Apple.com and Apple Stores and from Apple Authorized Resellers and select carriers ahead of launch this Friday, March 24, in more than 40 countries around the world.

Apple is the world’s largest corporate donor to the Global Fund, having contributed more than $130 million as part of its partnership with (RED) in the past ten years.

Check out everything Apple announced yesterday and be sure to check out our iPhone 7 (PRODUCT)RED-inspired wallpapers for your mobile and desktop devices.