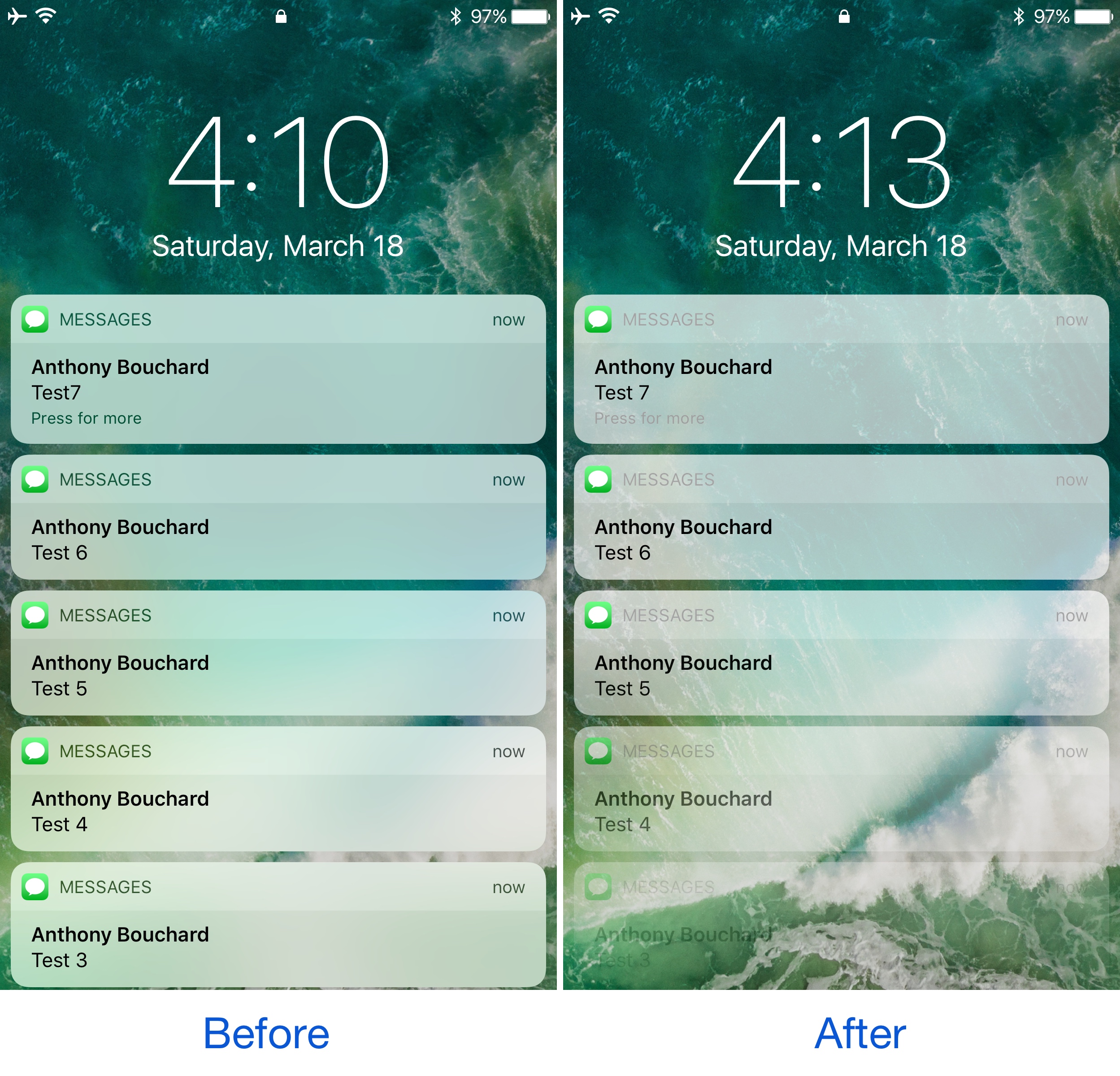 One thing the jailbreak community does best is change the way iOS looks through the channels of jailbreak tweaks and themes, and one of the latest releases to do so is Defluxit, by c0ldra1n.

This tweak is intended to give your Lock screen’s incoming notifications a visually-appealing fade away effect that puts emphasis on your most recent notifications, as shown above.

The tweak adds a preferences pane to the Settings app where you can toggle the tweak on or off and configure the fade effect to your liking: 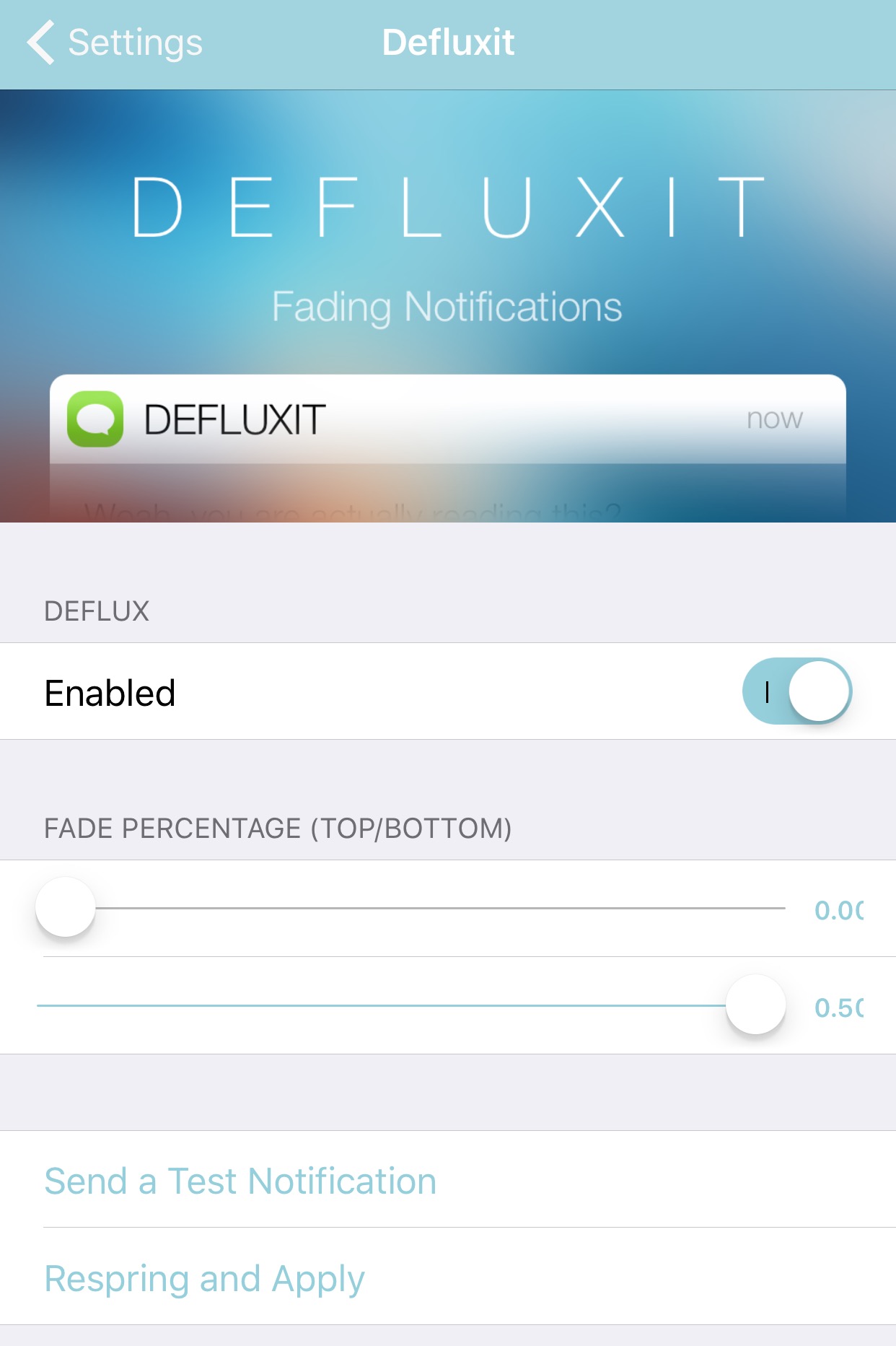 You’ll also find a button for respringing your device, as well as a button for checking your settings by displaying test notifications.

Because the tweak is aesthetic-based, there’s sure to be debate on whether or not it actually looks nicer, since opinions vary from person to person. Nevertheless, the customization lets you change it around to meet your expectations, which means even if you don’t like it the way we’ve set it up, you can probably find a happy median for yourself.

If you’re interested in trying Defluxit, you can download it for free from Cydia’s BigBoss repository. The tweak works great on jailbroken iOS 10 devices.

You might also like: This tweak displays the Apple Pay fingerprint animation when unlocking with Touch ID

Are you a fan of the new fade away effects Defluxit has to offer? Share in the comments section below.