If you’ve ever used Apple Pay before, then you’re likely familiar with the visually-appealing Touch ID animation that appears on the Lock screen when accessing it.

Now if you’ve ever thought to yourself that this animation would be nice to look at when unlocking your device, then a new free jailbreak tweak called LockGlyphX by evilgoldfish is just what you’ve been looking for.

For those who’ve never seen the animation before because they don’t use Apple Pay or don’t have an Apple Pay-equipped device, refer to the animated GIF below:

As you can see, the fingerprint glyph is suavely filled in while your fingerprint is being read by the Touch ID sensor. Once it’s complete, you’ll see a tick mark inside of a circle that confirms your granted access, just before landing on the Home screen.

LockGlyphX is fully themable. If you aren’t a fan of the stock Apple Pay-style glyph, you’ll be able to configure it to use a different style, assuming you can find another glyph pack in Cydia or have the skills to make one yourself.

To configure the tweak, you can go to the Settings app and open the LockGlyphX preferences pane: 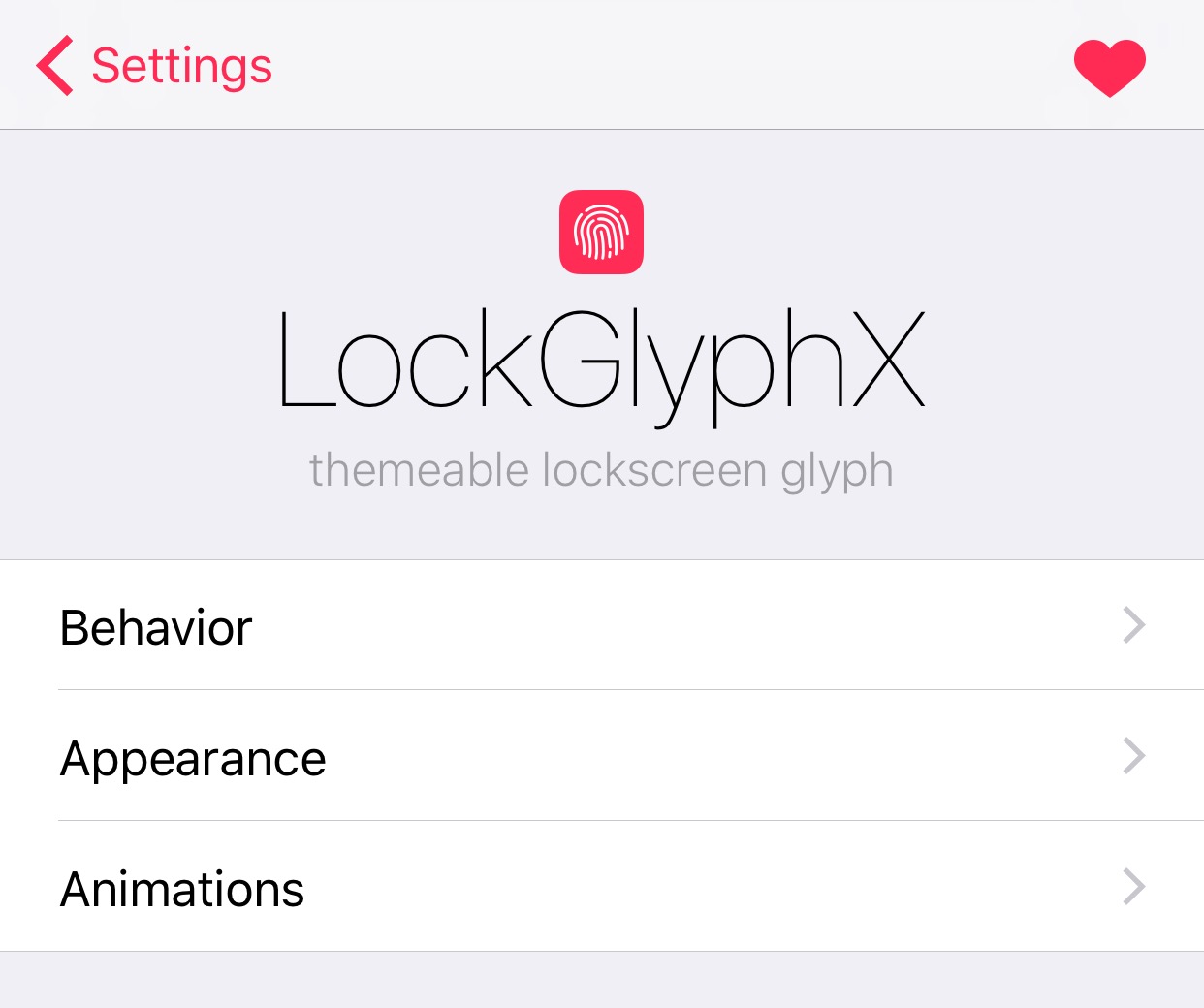 Here, you will find three major sections, including: Behavior, Appearance, and Animations. We’ll outline the three for you below: 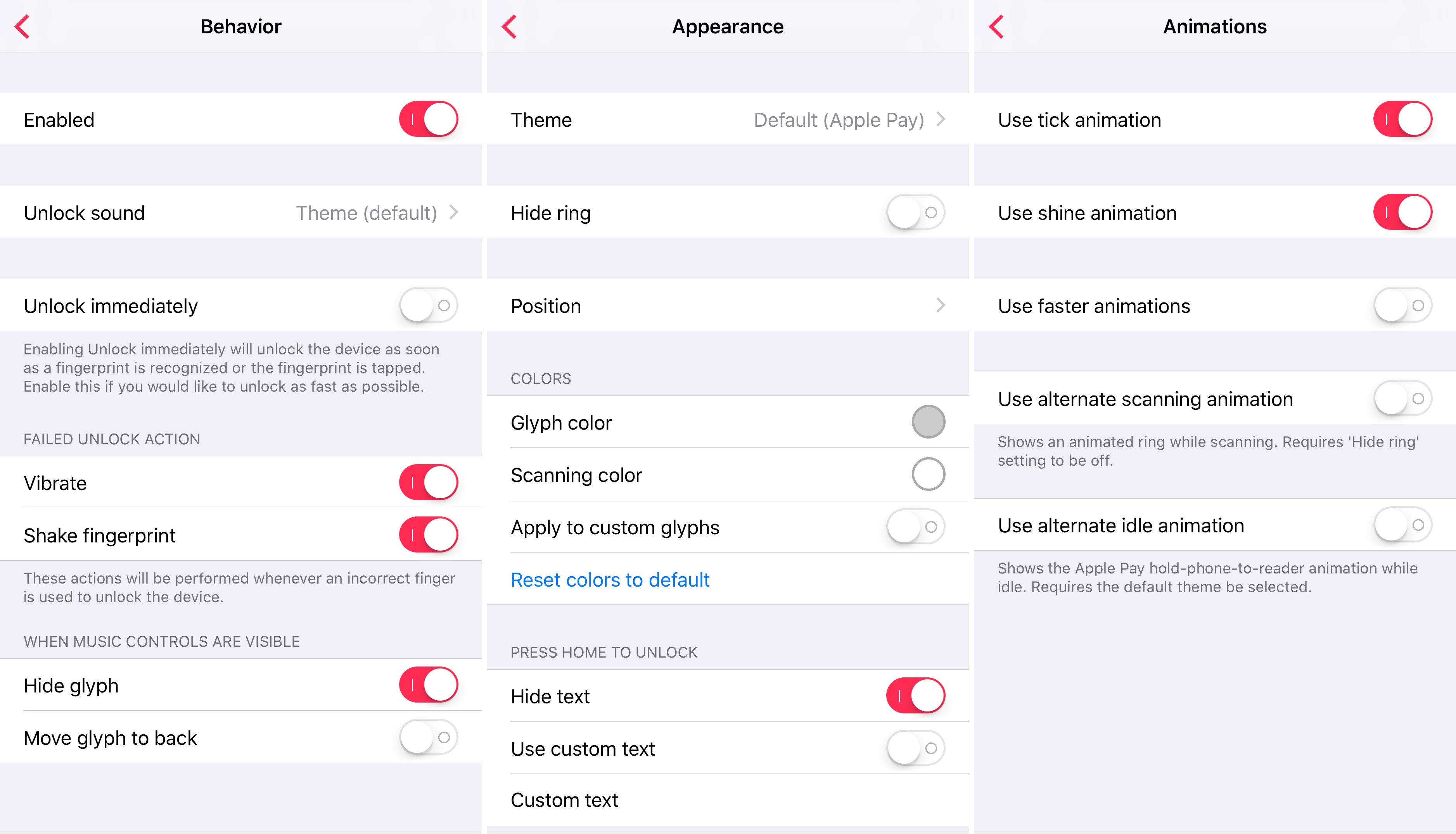 Behavior is the first preferences pane, and here you get functional options that let you configure the way the tweak responds to you. Among the things you can do here are:

In the Appearance preferences pane, you get options pertaining to how the tweak looks. The options you have to play with in here include:

The final set of options are found under the animations pane, which as the name suggests, allows you go a little more in detail with configuring how the tweak animates. You get the following options you can configure here:

LockGlyphX is a nice addition to any Touch ID-enabled and jailbroken iOS 10 iPhone or iPad. Even if you’re on iOS 9, you can download the original LockGlyph tweak instead to get practically the same functionality.

Personally, I really like the Apple Pay animation and I feel it does more justice for the Touch ID sensor than the words “Press home to unlock” do. While the default animation might not be for everyone, you can always change things up with a different glyph theme instead if you so choose.

If you’re interested in trying LockGlyphX, you can download it for free from Cydia’s BigBoss repository for free.

Do you like the idea of having this Touch ID-based animation on your Lock screen any time you use your fingerprint to unlock your device? Share in the comments below!