All across iOS, from the Home screen, to the Lock screen, to Control Center and so on, dots of all kinds appear whether to indicate a page in a page-driven UI, or to let you know something’s new on your device.

While some people don’t mind them, there are a number of people that hate seeing dots across their operating system, and a new free jailbreak tweak called NoDots10 by harrywantstodev lets you erase the various dots from all over iOS.

For what it’s worth, the tweak is a (mostly finished) work in progress and currently removes dots from all of the following interfaces:

While that puts a lid on the tweak’s focus for now, the developer is open to requests and asks that “if you find any dots that need hiding” in iOS, you contact him right away on Twitter so he can update the tweak.

NoDots10 adds a preferences pane to the Settings app where you can pick and choose the dots that do and don’t get hidden: 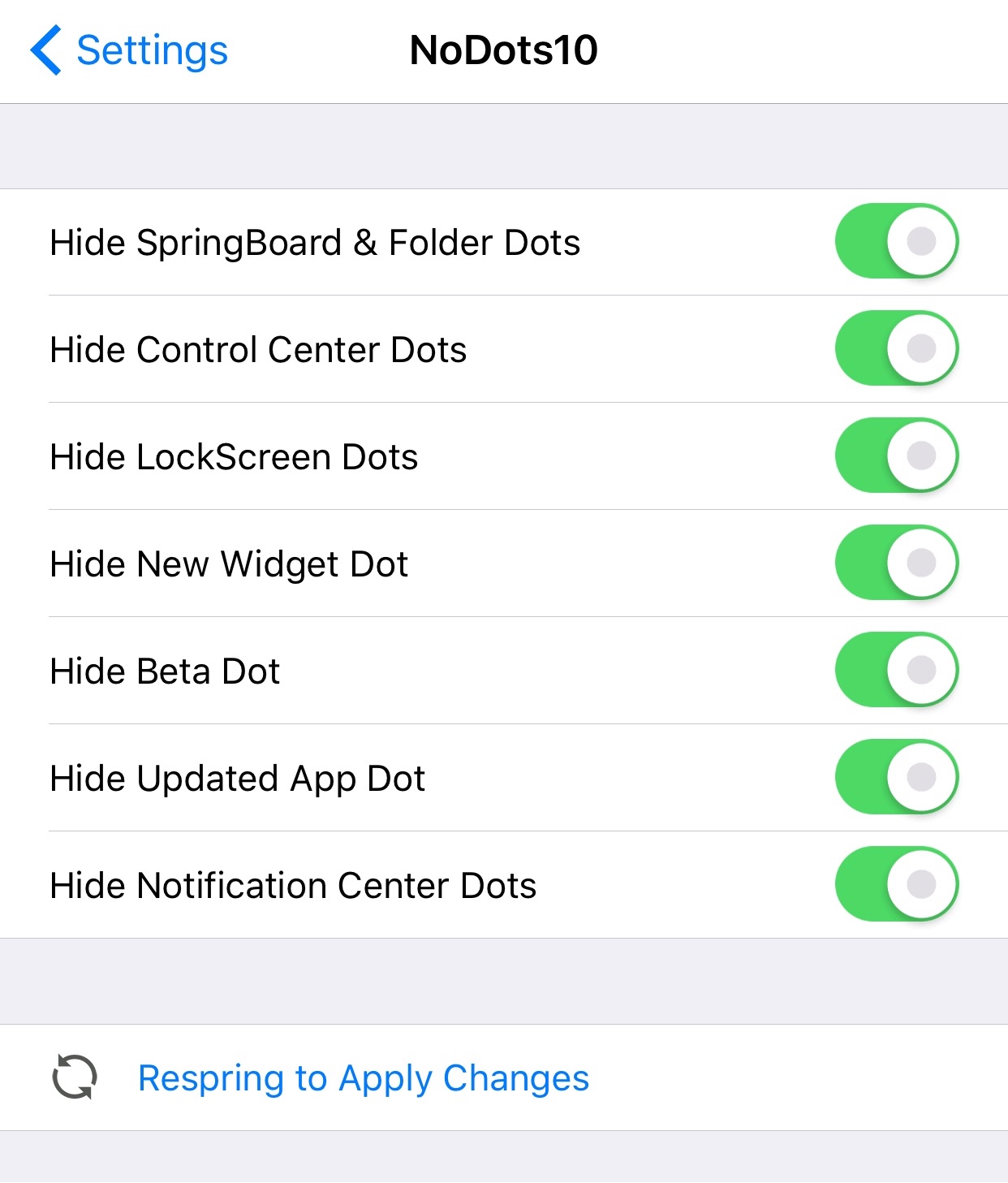 A respring button is included in the preferences pane so you can save your changes on the fly.

NoDots10 is a great all-in-one tweak for people who hate dots. Rather than installing a single tweak for every instance of dots across iOS that you want hidden, this tweak lets you take care of everything from one preferences pane, which is super convenient.

While it’d be nice if Apple offered their own way of letting you hide or show dot indicators the same way you can toggle the system-wide bold font on or off on demand, it’s just not their style to give you these kinds of options.

If you want to download NoDots10, it’s available for free in Cydia’s BigBoss repository right now. The tweak is advertised as compatible with jailbroken iOS 10 devices; try on earlier versions of iOS at your own risk

You might also like: This tweak lets you hide all kinds of things from your iOS UI

Do you hate or love the dots across iOS? Share your opinion in the comments section below.