HideMeX by CPDigitalDarkroom is an all-inclusive SpringBoard customization jailbreak tweak for iOS 10 that lets you customize a number of things on your iPhone or iPad.

For anyone who’s familiar with Springtomize, this tweak is very similar in a myriad of ways, however as we continue to wait for the release of Springtomize for iOS 10, HideMeX offers a viable alternative with a lot of similar configuration options.

The HideMe jailbreak tweak series isn’t particularly new, but it has been re-released with support for iOS 10 devices, which is a pretty big deal considering it’s a feature-heavy tweak and is sure to be popular among jailbreakers because of the one-stop-shop aspect that it gives off.

There are far too many settings for me to list one by one in this post, but I’ll do my best to give a well-rounded overview below, so please bear with me…

You can tell right off the bat from the HideMeX preferences pane (shown below) that there are a ton of options to configure for nearly every customizable part of iOS:

Among the various things HideMeX allows you to customize are: 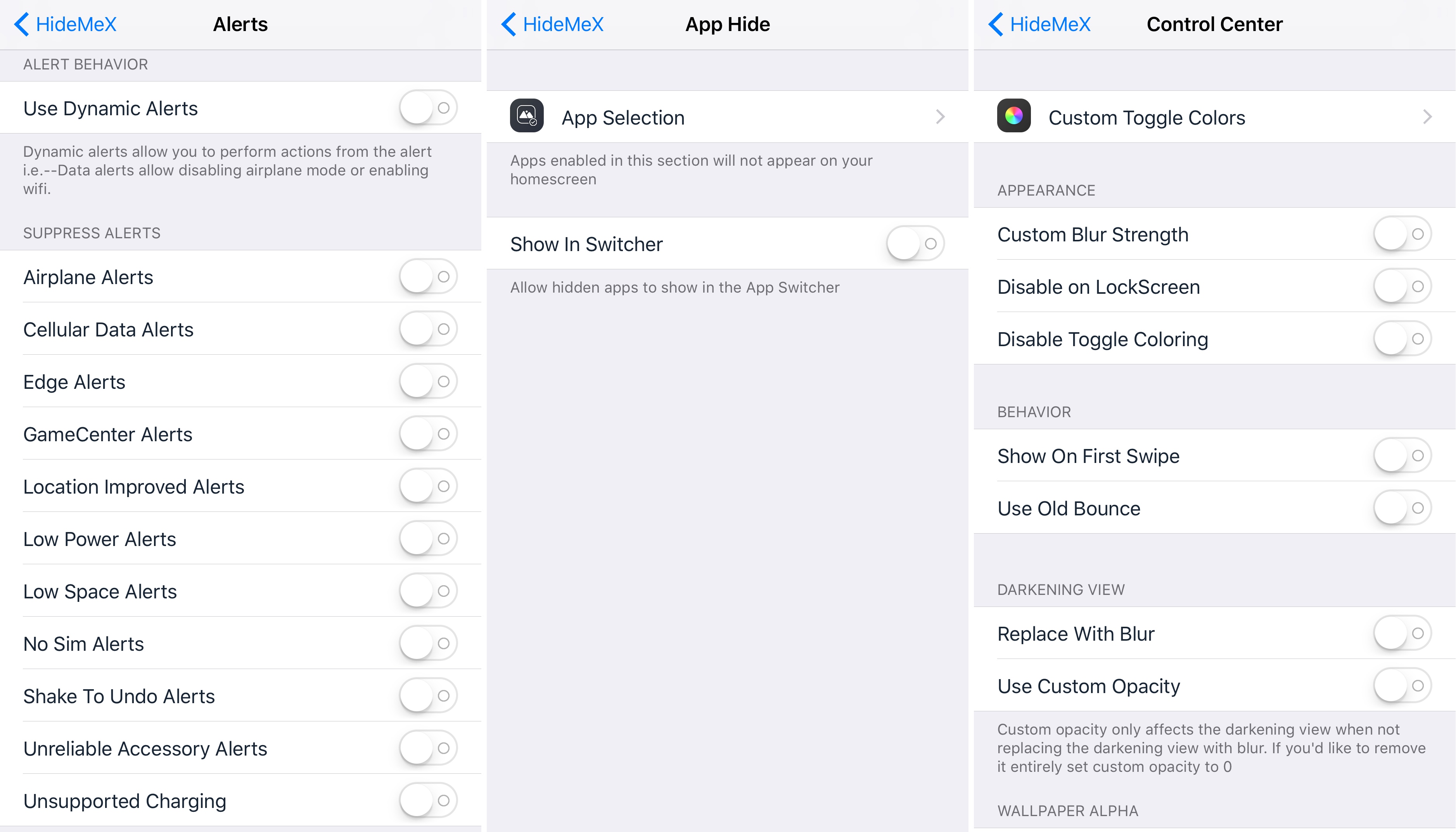 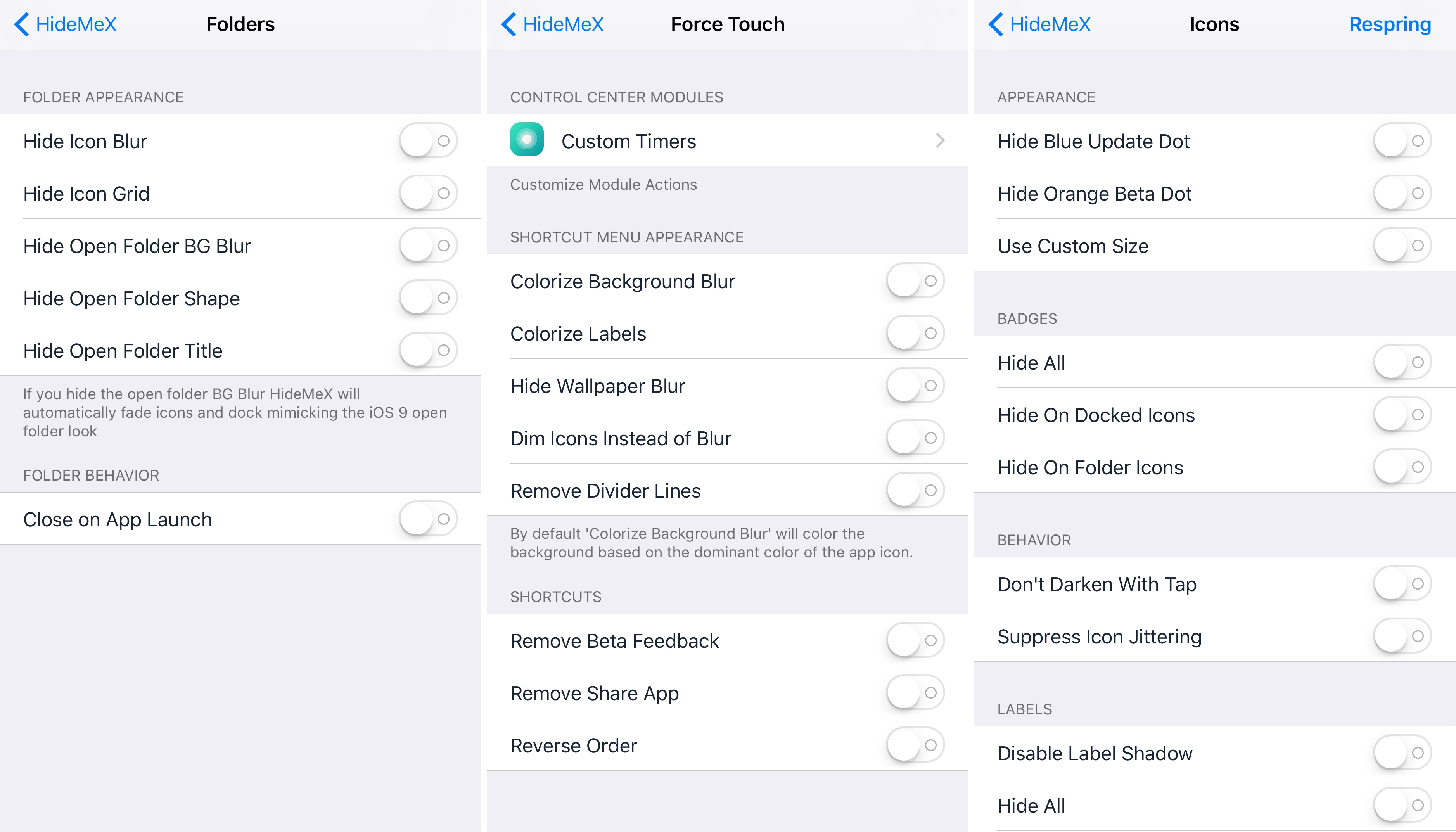 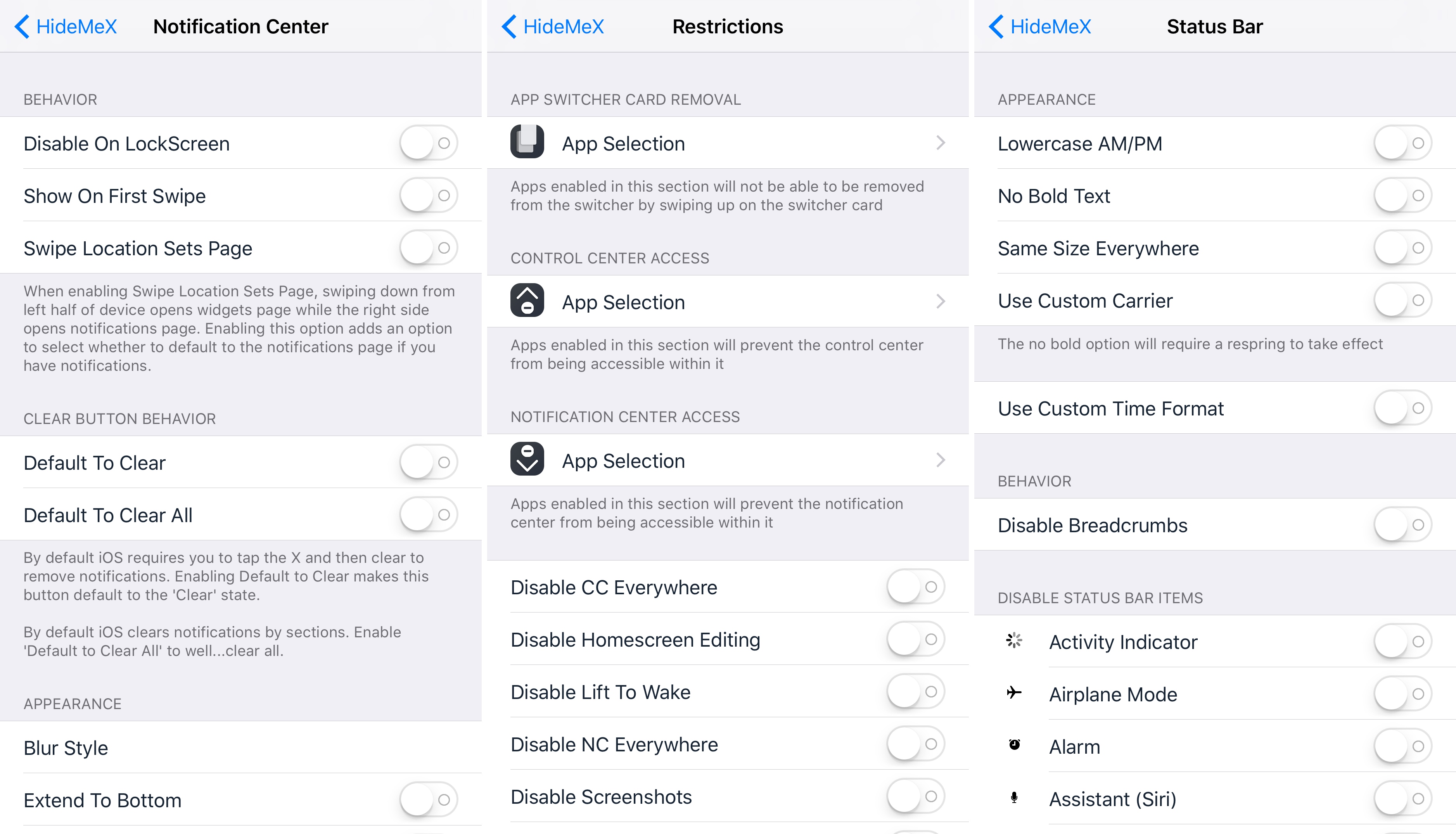 It goes without saying that the features HideMeX brings to the table span across just about every feature that can be accessed in iOS. The level of customization that can be achieved with this all-in-one tweak is nothing less than impressive on the developer’s part, and having these kinds of options at your fingertips is part of what makes it worth having a jailbreak in the first place.

Please keep in mind that HideMeX isn’t really a Springtomize replacement, as each jailbreak tweak tends to have its own niche features that are unique from one to the other. That said, you’ll have to choose which one you want more based on the features that they have available, as they’re unlikely to play nicely together given that they modify a number of similar things.

If you’re interested in downloading HideMeX to trick out every corner of your device, you can download it for $2.99 from Cydia’s BigBoss repository today. The tweak is fully compatible with all jailbroken iPhones, iPod touches, and iPads running iOS 10.

Will you be downloading HideMeX to customize your iOS 10 device? Share in the comments below!