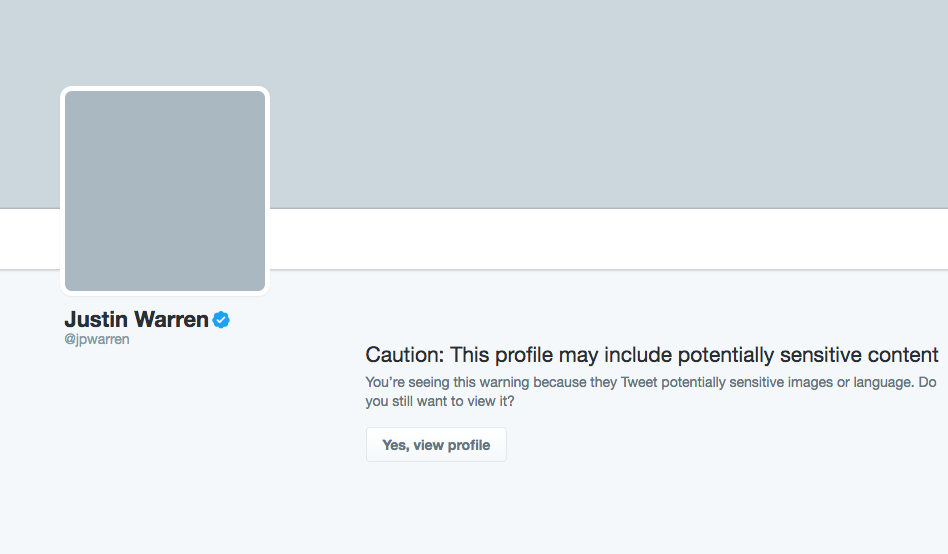 Twitter recently introduced several features in its mobile app that give users the option to filter out anonymous and “egg” accounts, as well as mute words, phrases, mentions and hashtags in their timelines (be sure to read our tutorial for step-by-step instructions on the new filtering options).

In its continuing mission to fight trolls on the service, the company is taking additional steps to make the platform a safer place, as Mashable reported Friday.

In a nutshell, the service has now begun censoring profiles that post “potentially sensitive” content even if the implementation seems a bit heavy-handed at the moment.

To save you from stumbling upon unsafe content, Twitter now provides the following notice on censored profiles: “Caution: This profile may include sensitive material. You’re seeing this warning because they tweet sensitive images or language.”

The prompt requires you to click on “Yes” to view the censored profile.

As you can see for yourself, censored profiles appear completely grayed out without any profile or header images, tweets or other information like the bio section and follower counts. This feature is still in testing, and not widely rolled out at this time.

Twitter may be slightly overzealous in censoring profiles, however. For instance, analyst Justin Warren’s profile was censored for no apparent reason and he wasn’t even informed by the company of the block.

It’s “probably because Americans struggle with swearing as punctuation,” he joked on Twitter. A Twitter spokesperson told Engadget that this is a test as part of their efforts to make the service feel safer.

“No further explanation was given for what will lead to a profile being flagged or how widespread the test is, but we were given a few links to peruse regarding sensitive media,” said Engadget.

Log in to your account on the web at twitter.com, click your profile icon in the top right navigation bar, then select Settings from the drop-down menu. Now go to your privacy and safety settings, look for the Tweet Media section and check the box next to “Mark media I tweet as containing material that may be sensitive.”

For repeat violations, Twitter may permanently adjust that setting on your behalf.

Twitter users are prohibited from featuring graphic content—like media containing pornography or excessive violence—in live video or in their profile image or header image. Another feature of Twitter, announced in 2017, lets you optionally remove tweets containing potentially sensitive content from your search results on Twitter.com.

Twitter is available at no charge from App Store and Mac App Store.