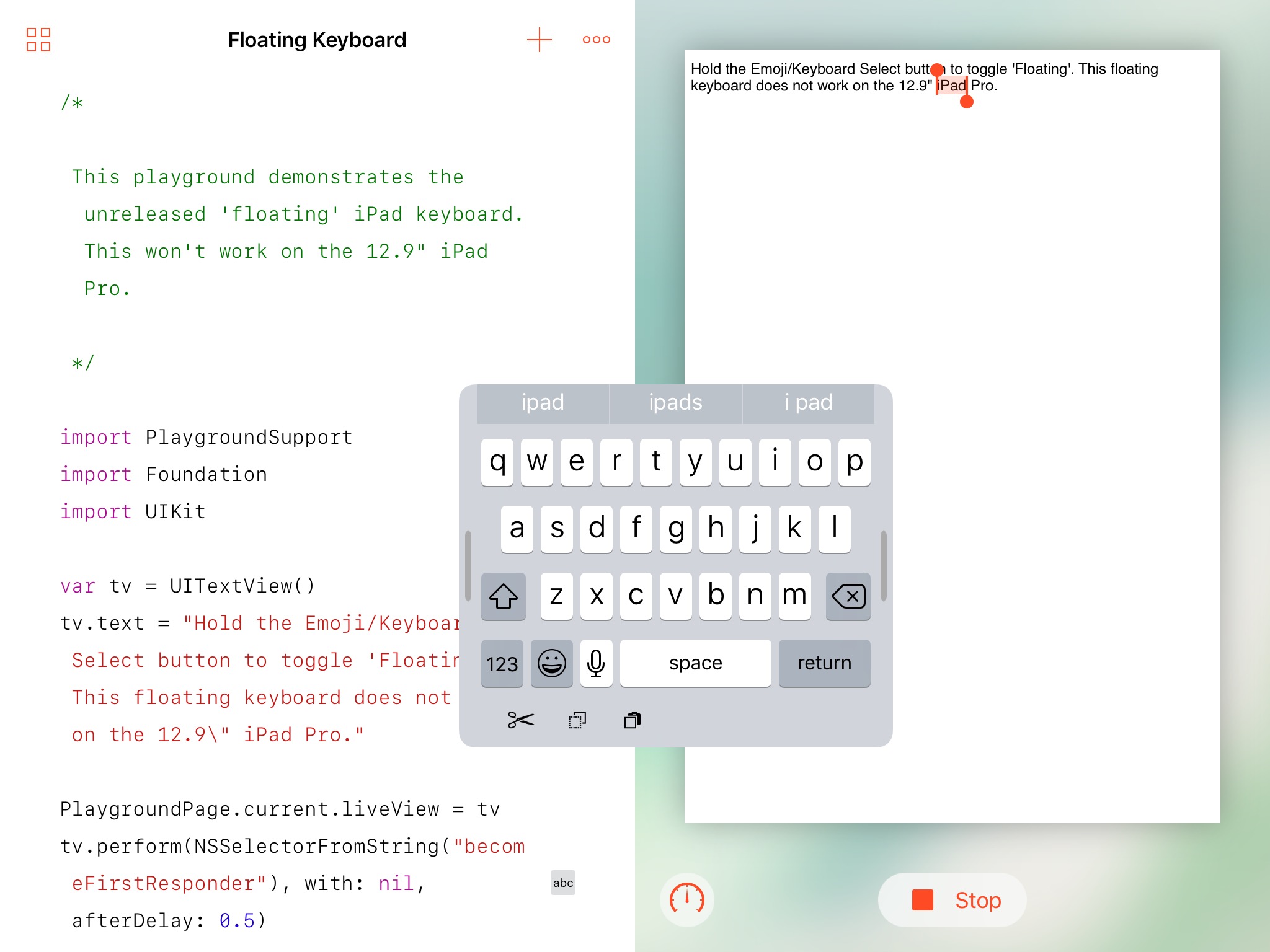 Developer Steve Troughton-Smith recently discovered a one-handed floating iPad keyboard in a beta of iOS 10.3. While it’s unclear whether or not Apple will debut this handy unpublished keyboard officially when the software update releases for public consumption, Troughton-Smith has kindly provided a way for iPad owners to try it out early using Apple’s free Swift Playgrounds app, here’s how.

You will need the following:

To access the hidden floating keyboard, hold down the emoji key. 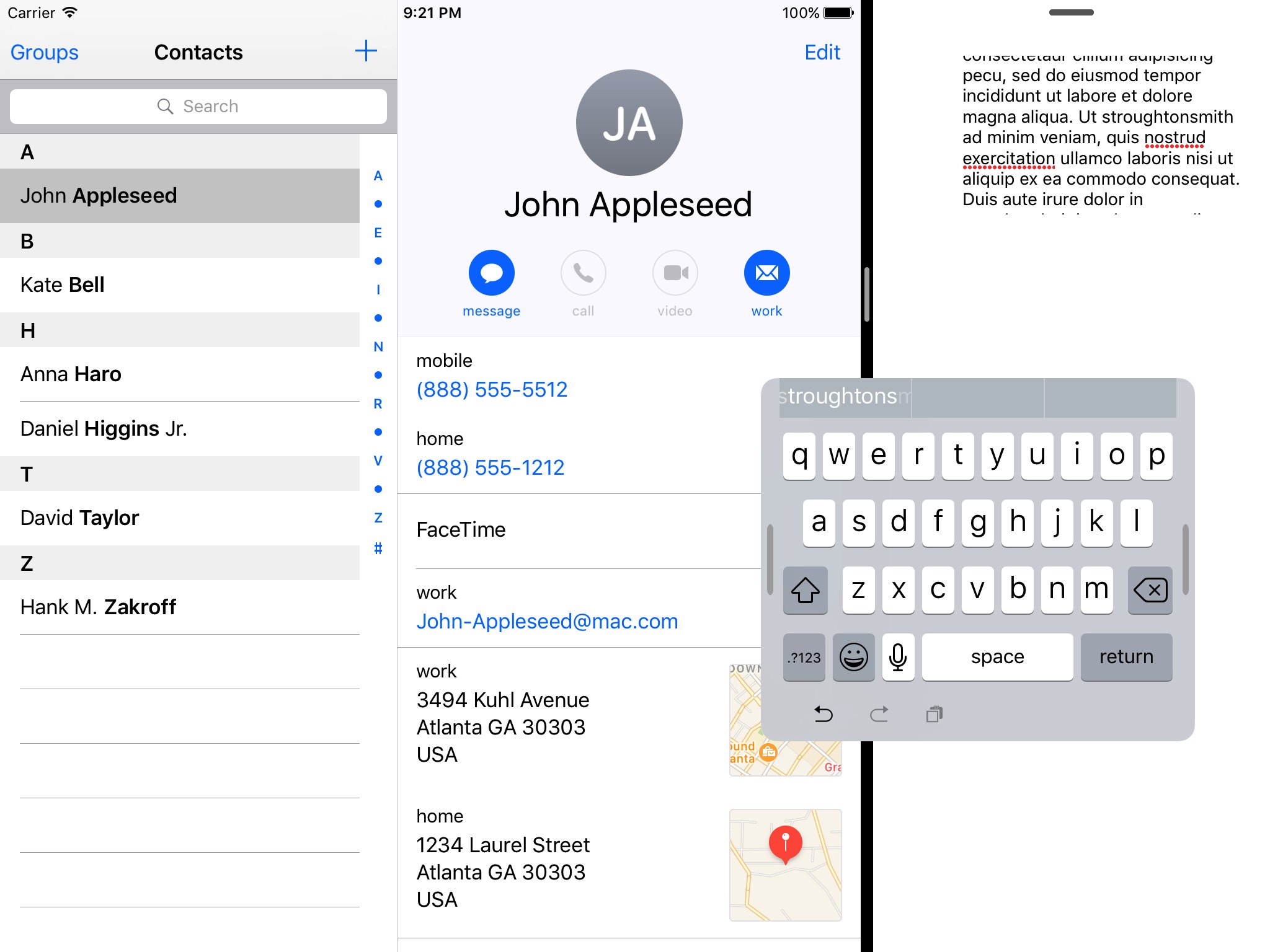 The keyboard floats above your apps and the iOS user interface and even works in Slide Over and Split View multitasking modes. If you want to try this on the 12.9-inch iPad Pro, be sure to set your display resolution to that of the 9.7-inch iPad Pro within the Display Zoom section in Settings → Display & Brightness. 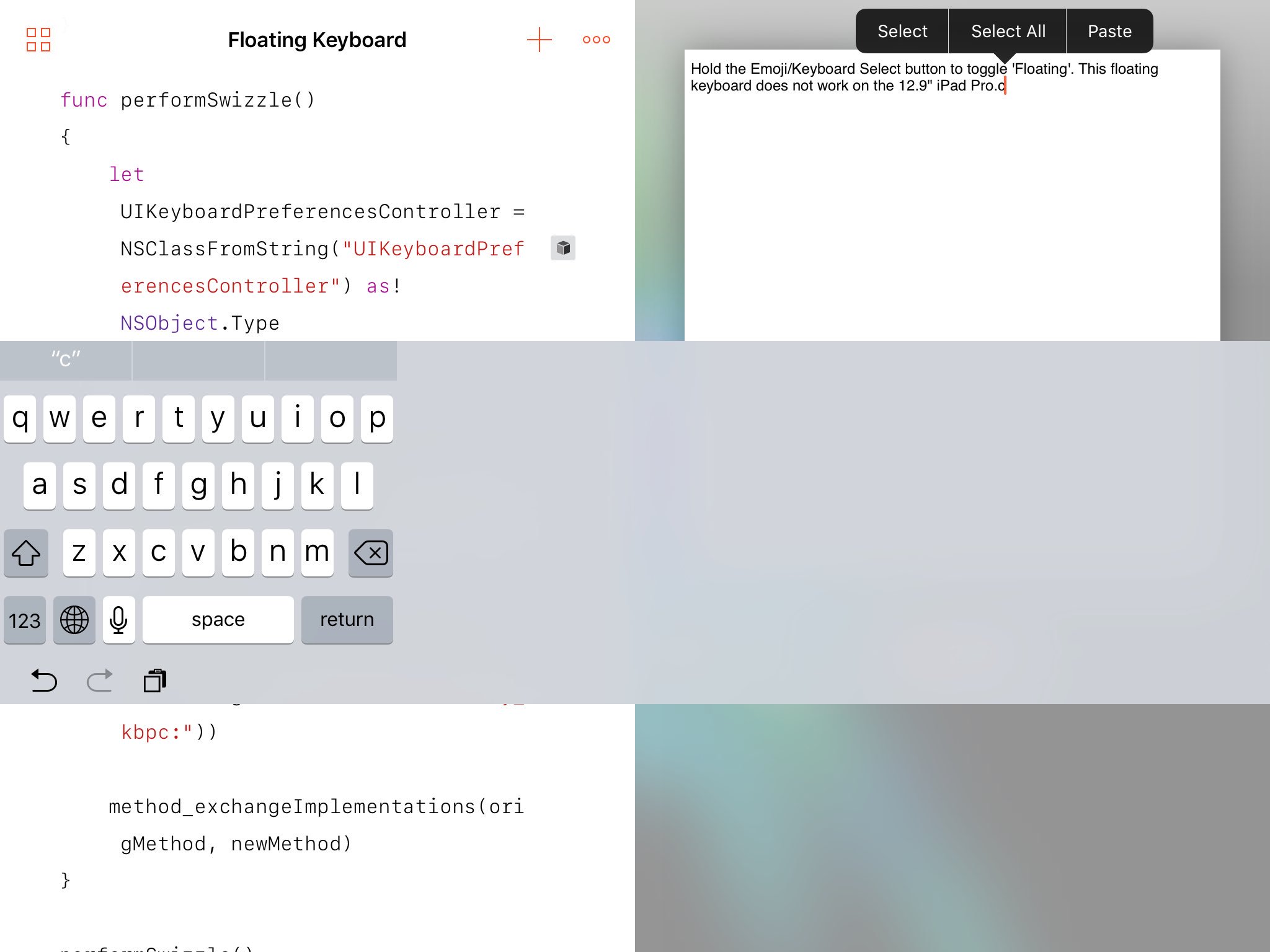 Please be advised that this is just a proof-of-concept code: Apple has kept this keyboard hidden for a reason so don’t be surprised if it appears broken on your iPad like on the screenshot above.

Have you tried out the hidden keyboard yet?

If so, share your impressions with fellow readers down in the comments.