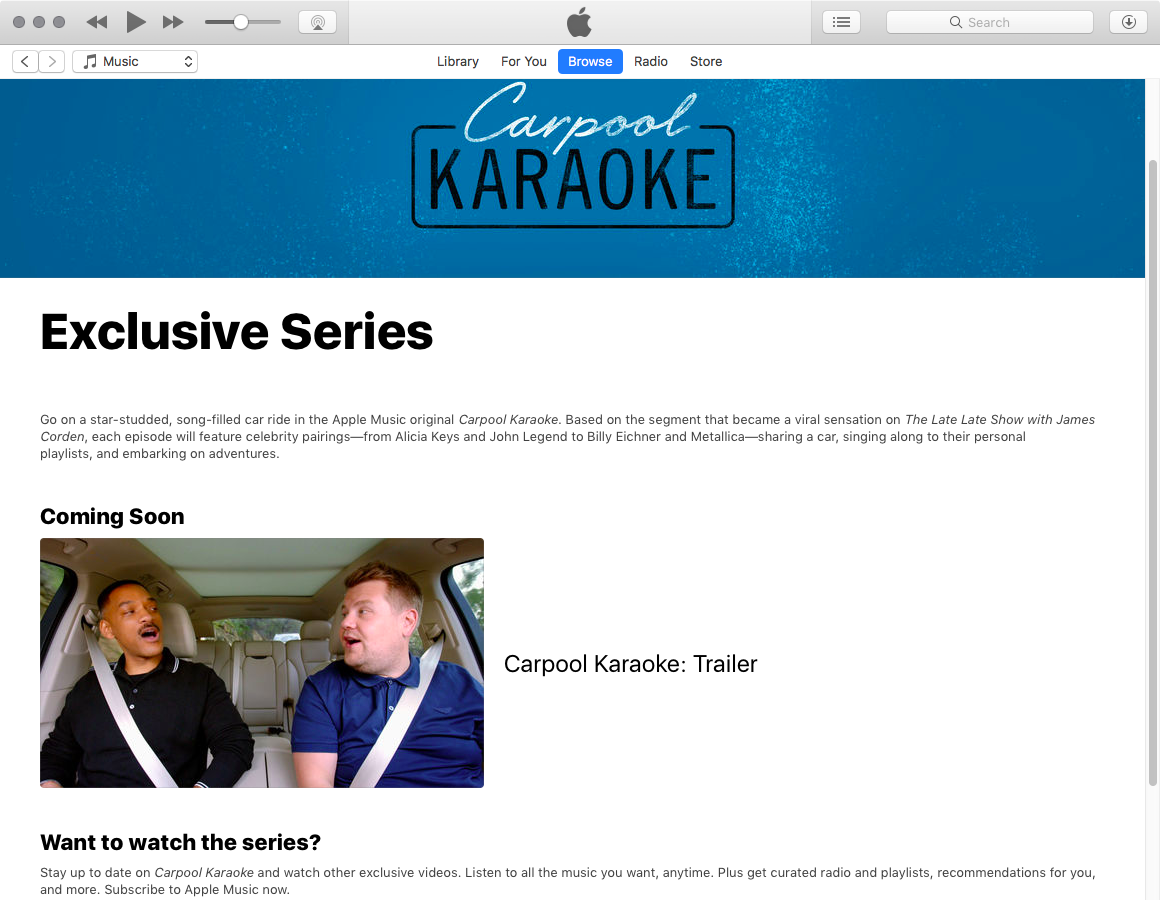 Apple during last night’s Grammy Awards ceremony aired a trailer for its upcoming Carpool Karaoke spinoff, saying it’s coming soon without committing to a specific air date for the show. It will be exclusively distributed to Apple Music members.

Based on the segment on “The Late Late Show” with James Corden that’s become a viral video sensation, Apple’s spinoff features sixteen celebrity pairings riding along in a car together as they sing tunes from their personal playlists and surprise fans who don’t expect to see big stars belting out tunes one lane over.

Carpool Karaoke will have a different host every episode.

The series is being produced by CBS Television Studios and Fulwell 73, with James Corden and Ben Winston serving as co-creators and executive producers along with executive producer and showrunner Eric Pankowski.

“We love music, and Carpool Karaoke celebrates it in a fun and unique way that is a hit with audiences of all ages,” Apple’s Senior Vice President Eddy Cue said recently.

The new series is coming soon, only on Apple Music.