Lots of jailbroken iPhone owners will tell you that it’s never a bad idea to have more gestures. After all, that’s the whole basis behind the popular Activator extension, which gives you more ways to interact with your device to perform actions.

A new free jailbreak tweak dubbed FingerTouch by Michele Primavera, on the other hand, makes use of the same Touch ID sensor that you use every single day to unlock your device and make App Store purchases to create even more gestures.

I have to say that I have a lot of respect for the Touch ID sensor, mostly because in addition to a fingerprint scanner and a button (on some iPhones), it’s also a tiny, round touch-sensitive surface. This means it’s smart enough to know when you’re tapping on it, which is particularly how you open the Reachability interface in the first place.

FingerTouch takes advantage of this by letting you assign different Touch ID button-based tap gestures to different actions. Out of the box, the tweak lets you use the following gestures:

You can then assign any of these gestures to any of the following actions:

All of these options can be configured from the tweak’s preferences pane, which gets added to the Settings app after you install the tweak: 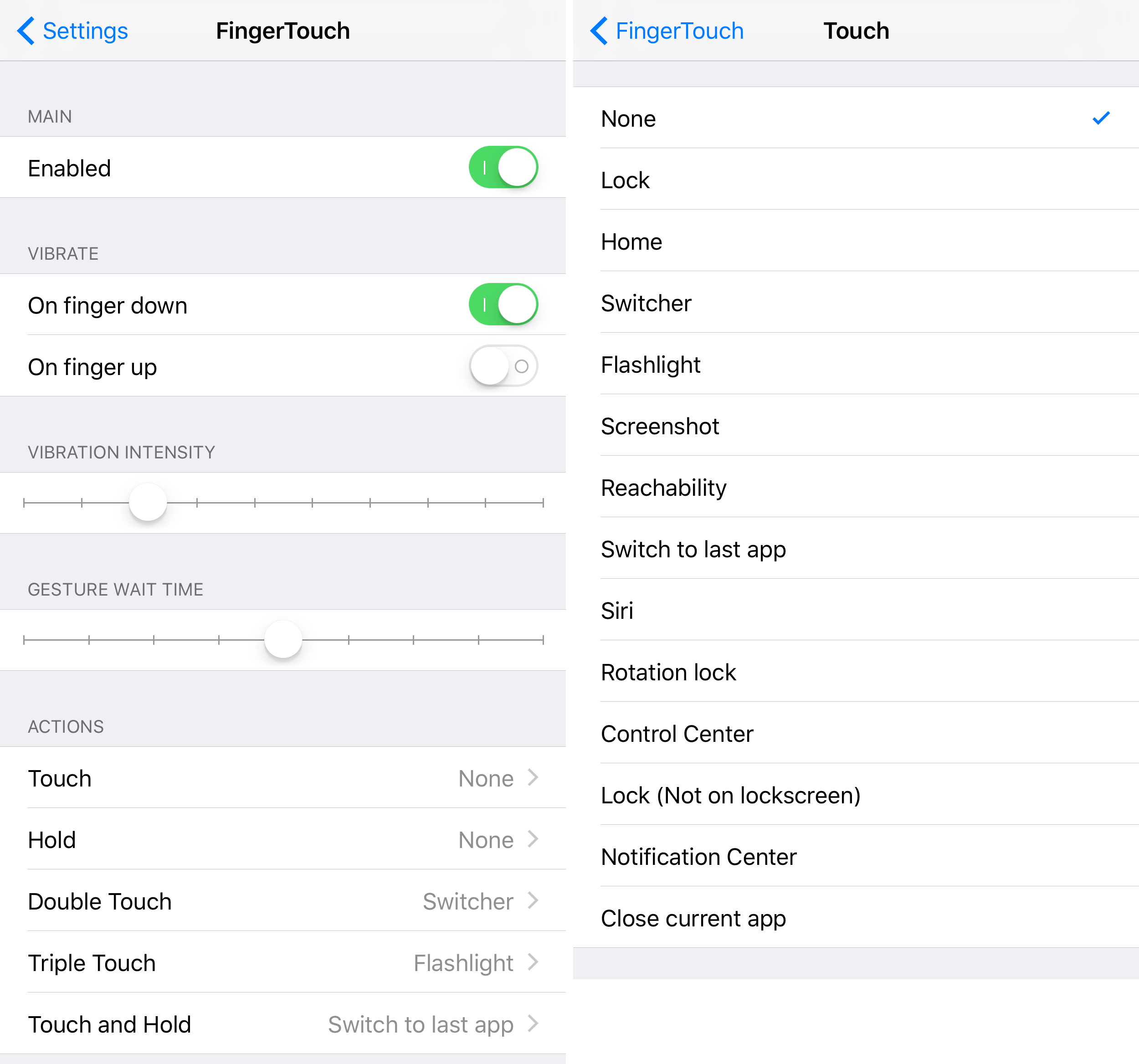 In addition to setting up your gestures, there are also some other options that you can play around with, such as:

There’s no need to respring your device after you make changes to any of these settings, which is convenient, and peronally, I think the developer is on to something useful here.

I find that keeping the “Touch” and “Hold” options set to “None” is a good idea because the Touch ID sensor was detecting too many false positives when I was simply trying to close an app or unlock my device, but the other three gestures seem to work really well.

I’m already a fan of triple-tapping on the Touch ID sensor to toggle on the flashlight, and in the right hands, some of you will probably be able to make good use of the tweak too, depending on how you use your device.

Since the tweak requires a Touch ID sensor, it won’t work with devices older than the iPhone 5s, so this is something to keep in mind. Nevertheless, if you want to give it a try on your jailbroken iPhone or iPad, you can download it for free today from Cydia’s BigBoss repository.

Do you like the idea of using your Touch ID button as a gesture input device? Share in the comments below!