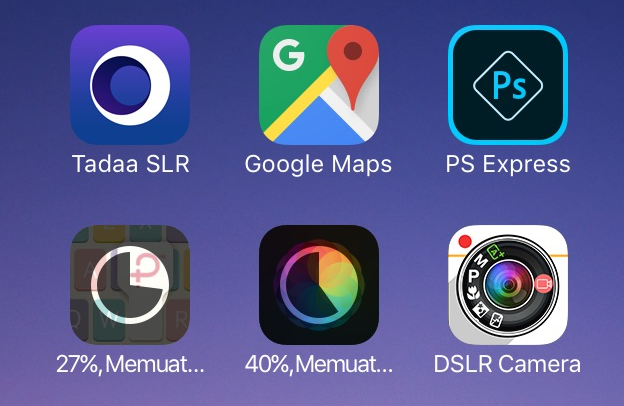 Some apps take longer to download from the App Store than others, and some take so long that you don’t have the patience to just sit there and watch them, you tend to start doing other things on your device until the download finishes.

App Percent is a new free jailbreak tweak by pxcex that might be of interest to anyone who downloads lots of apps or finds themselves in the aforementioned predicament, as it not only lets you see the download percentage in real-time, but it also lets you get notified when app downloads finish.

For the most part, the first part of the tweak that adds a numeric percentage to the downloads in progress can be considered a little bit redundant since you can already watch as a progress indicator fills in while the download completes, but the small visual cue that accompanies the progress indicator is never really a negative thing; after all, it’s low-key and doesn’t really get in the way of anything.

On the other hand, the other major feature of App Percent is that when downloads complete, you can have the tweak notify you:

This is a particularly useful feature, as many people who get stuck with long waits while downloading apps are more prone to opening other apps on their device and doing other things to pass the time. Then, they end up forgetting about their new app.

App Percent helps to let you know when the download is finished, which can prove to be quite useful under certain circumstances.

Both of App Percent’s major features can be configured from the new preferences pane that gets added to the Settings app after installation: 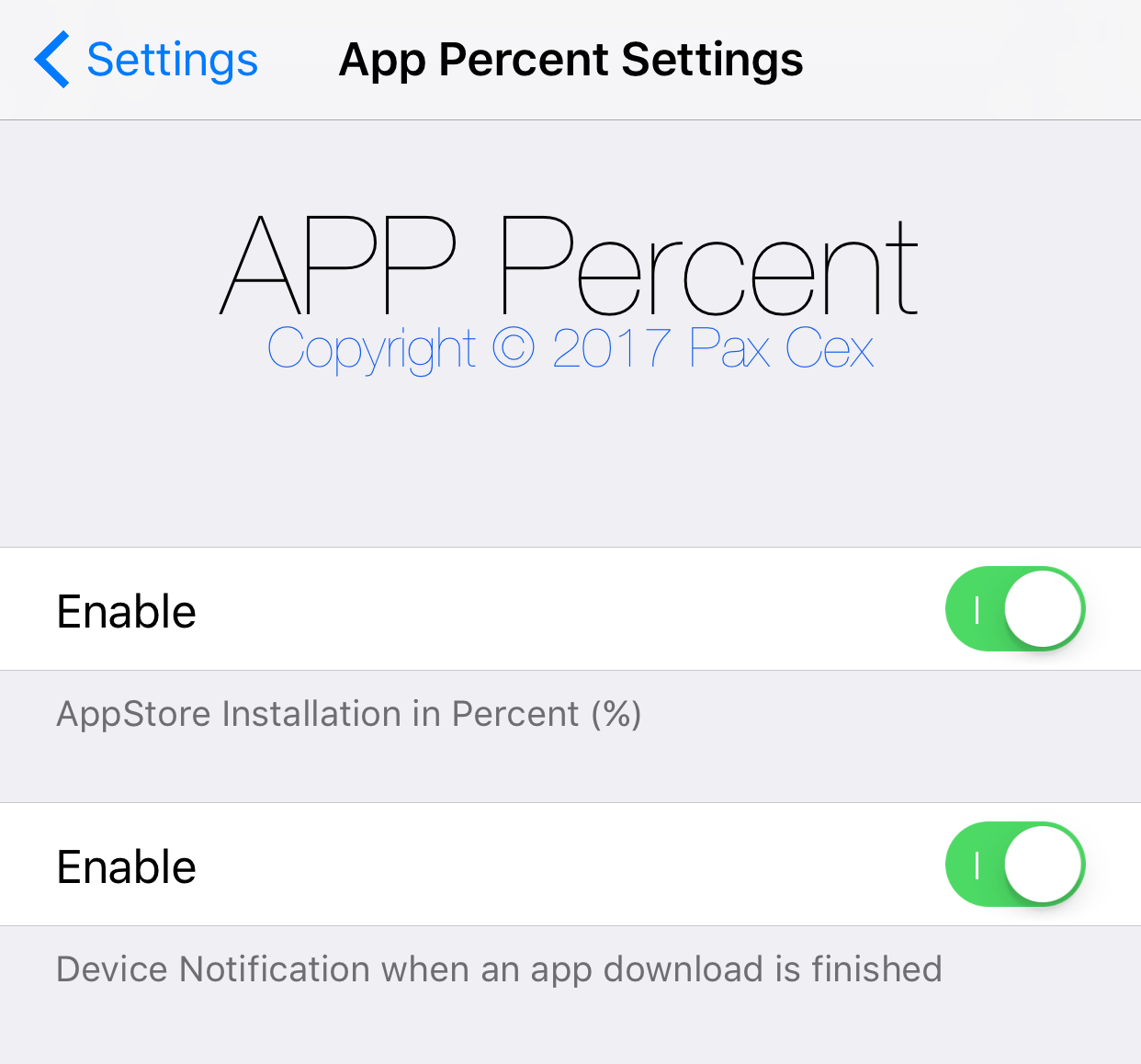 Here, individual toggle switches for showing the numeric percentage and receiving a notification when an app download completes can be enabled or disabled on demand.

App Percent isn’t a tweak for everybody, but if you have slower-than-normal internet speeds and are always trying to download games from the App Store, then I think the notification aspect of the tweak alone could be worth the download.

If you’re interested in trying App Percent, it can be downloaded for free from Cydia’s BigBoss repository today and it works just fine on jailbroken iOS 10 devices.