Another week has passed, and it was perhaps one of the most historical weeks of the year, as the Yalu jailbreak for iOS 10.0-10.2 has reached its peak point in its beta stages where its developer Luca Todesco has deemed it stable enough to be used by the populous.

That said, this week brought with it some pretty interesting jailbreak tweak releases, many of which are made specifically for iOS 10, so we’ll talk about those in this roundup, starting with our favorite and then moving onto the rest afterwards. 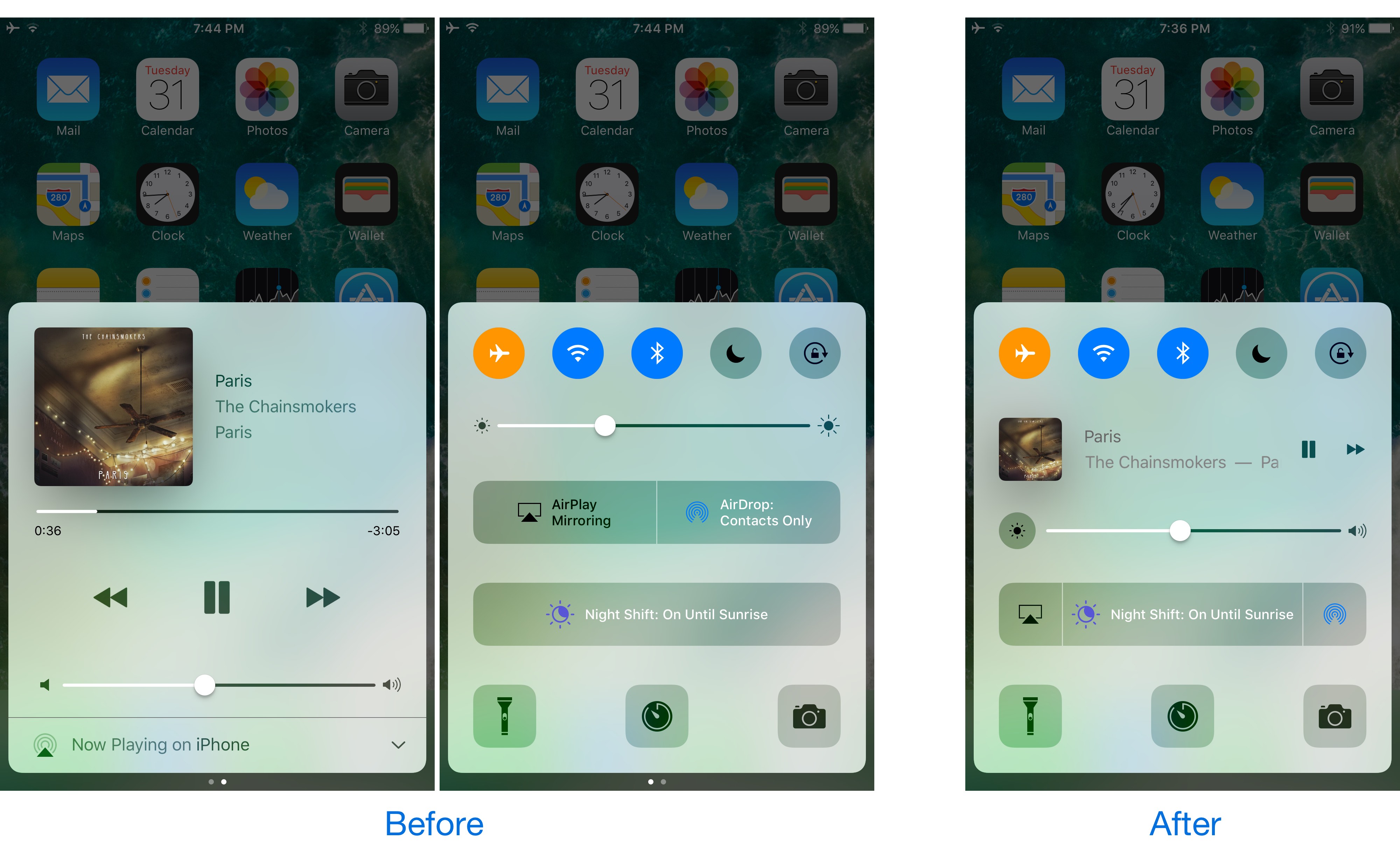 Horseshoe is an incredible new release for iOS 10 specifically that allows you to consolidate all of those pages in Control Center into a single page.

It does so by eliminating some of the free space and condensing all of the spread-out buttons that are normally taking up more space than they need to. It even combines the brightness and volume sliders into one, saving space on that front as well. The newly redesigned Music interface is just as pleasant.

What’s nice is the redesigned Control Center doesn’t give up any of the functionality that was originally in Control Center, so overall it’s a nicer-looking aesthetic.

You can read our full review of Horseshoe to learn more about how it works and how to get it. 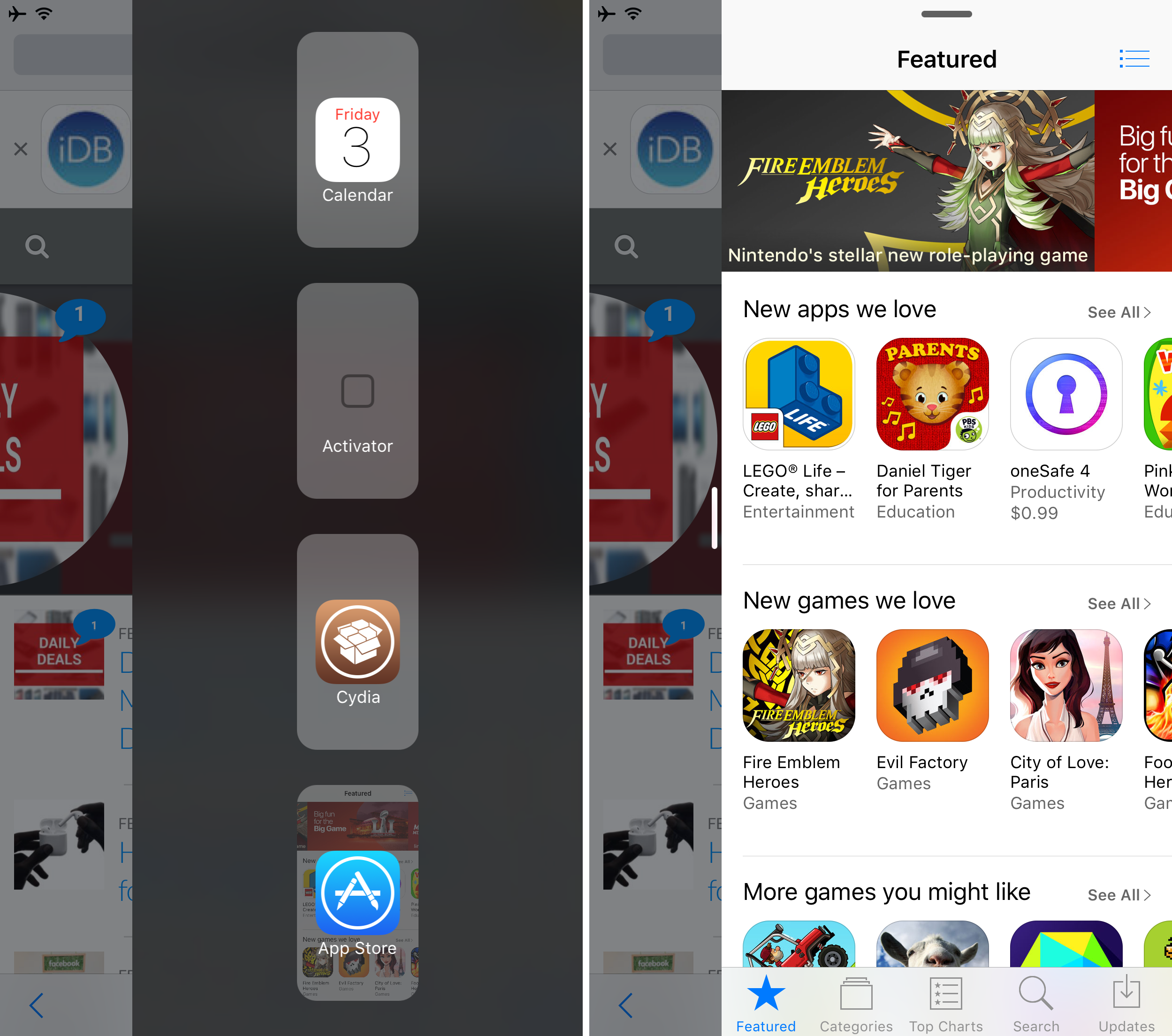 Gorgone is an incredible tweak for iOS 9 and iOS 10 that unlocks the Slide Over and Split View interfaces on unsupported devices.

Because Apple has went ahead and selectively limited this feature to only its newest iPads, some iPads, as well as all iPhones and iPod touches, are excluded from using the feature.

Gorgone enables it, letting you multitask on your device in any way you’d like to, and it even enables Home screen rotation on unsupported devices as a bonus.

To learn more about Gorgone and how it works, check out our full review. 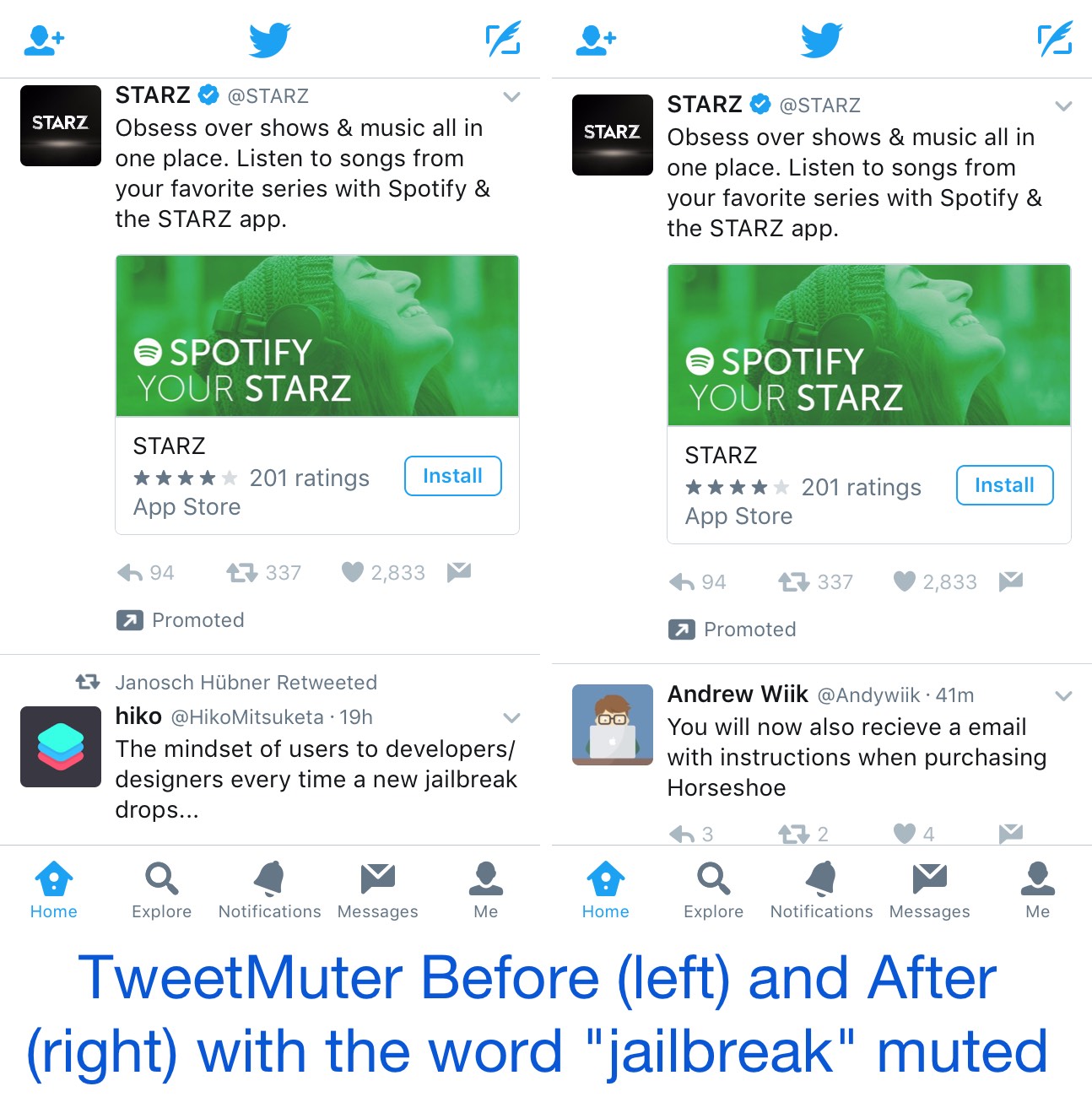 TweetMuter is a new free jailbreak tweak that finally gives you the ability to block unwanted crap from your Twitter feed. Best of all, it utilizes the stock filtering feature that you would usually use to filter your Notifications tab.

To use the tweak, you just select keywords that you want to use as red flags, and then anything that would normally appear in your Twitter feed with those words will then be hidden, from then on.

You can read our full review of TweetMuter to see how it works, as well as where to get it.

AddSource for ActionMenu: A quicker and easier way to add Cydia repos with Action Menu (free)

CCTButtonActions: Lets you use 3D Touch on the toggle buttons in Control Center to get to their Settings (free – review)

CCRecorder: A paid alternative to CCRecord that does practically the same thing ($0.99)

Immortal: Prevents the expiration of signed iOS apps, such as Yalu (free)

While that wraps it up for this week, we expect things will ramp up a little bit more now that the jailbreak is ‘as stable as it’ll get.’ We assume Saurik will soon be bringing Cydia for iOS 10 out of beta and enabling purchases on iOS 10, although there’s currently no ETA for when that might happen.

To see more jailbreak tweaks, stay tuned to iDB in the coming weeks and be sure to check back at last week’s jailbreak tweak roundup to ensure that you haven’t missed anything important.

What was your favorite jailbreak tweak release this week? Share in the comments!