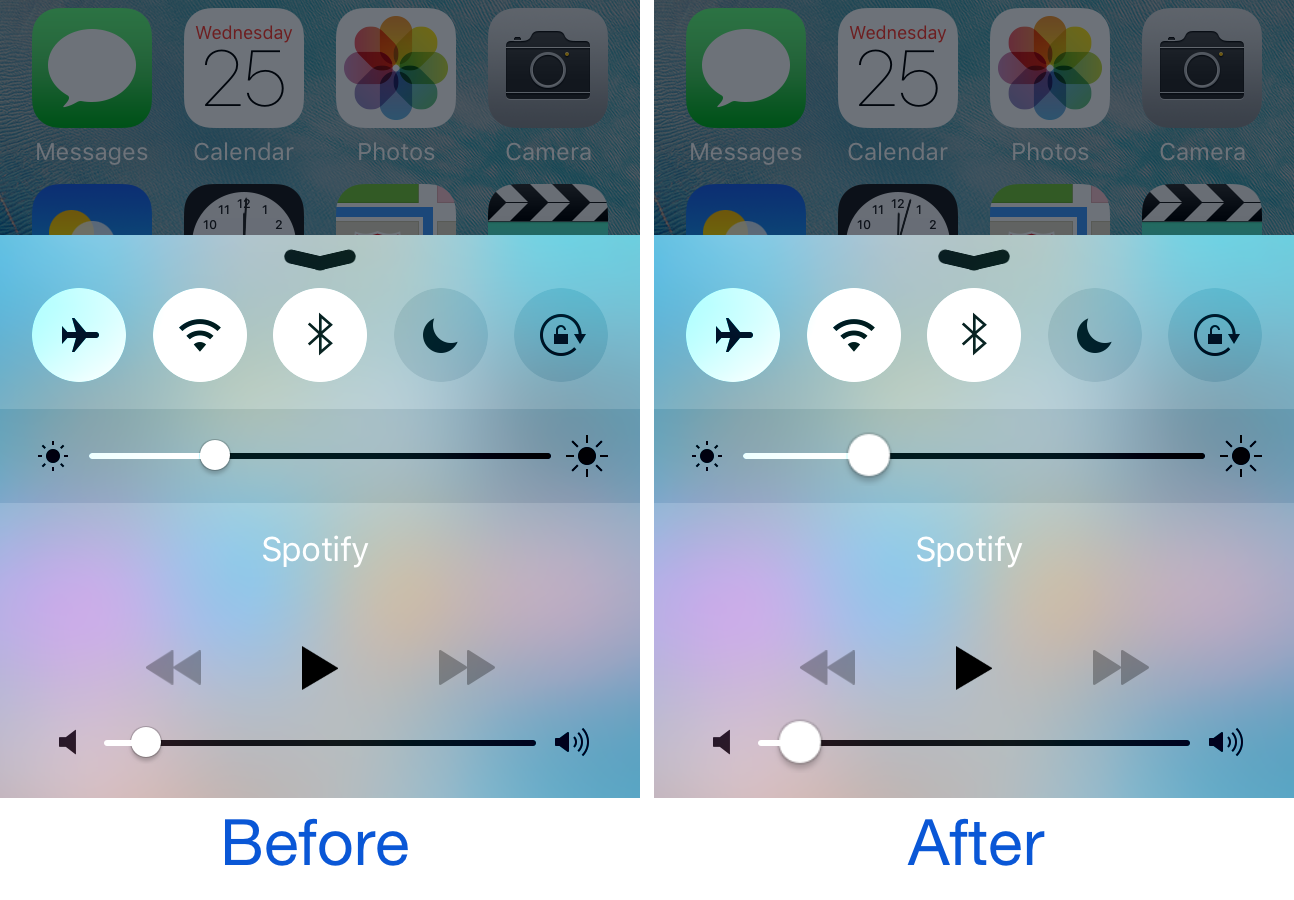 One of the things Apple changed from iOS 9 to iOS 10 is the size of the knobs that appear on the adjustment bars for volume level and song scrubber. The latter has larger knobs, which make grabbing onto them a little easier than in earlier versions of iOS.

If you’re jailbroken on iOS 9, and you want the same characteristics from iOS 10 to fall in your lap, then you’ll find a new free jailbreak tweak called LargeCCKnobs quite useful.

Having the larger knobs is not only a preferred aesthetic for many, but it’s also a functional improvement, as it increases the surface area on which you can grab onto the knob with your fingertip, resulting in fewer “failed” scrubs, whether you’re trying to change the volume or your position in a song.

This tweak works not only in Control Center, as shown above, but also on the Lock screen whenever media is currently playing. Check it out in the example below: 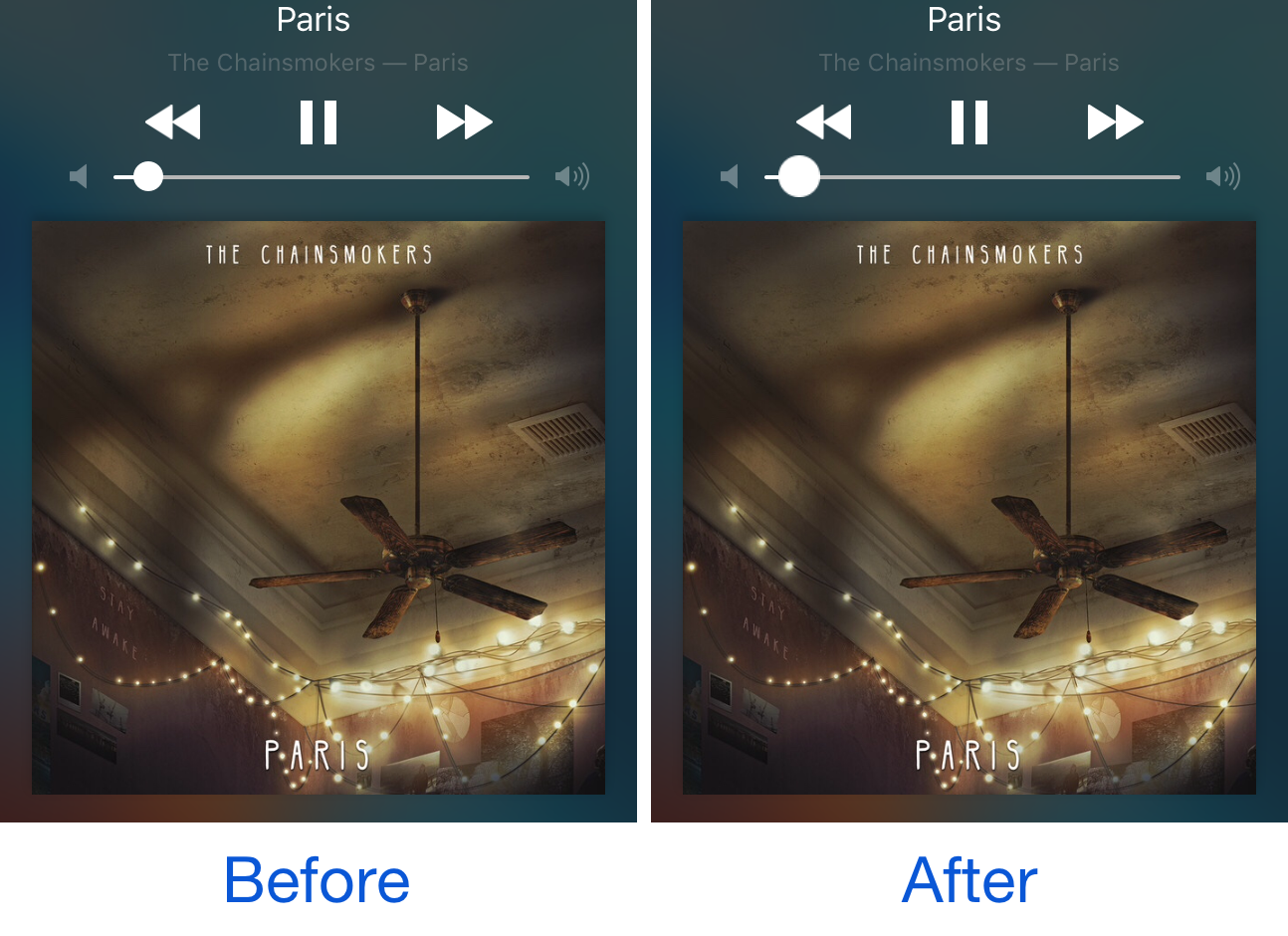 For some people, the knob size is no big deal. On the other hand, because such a tweak now exists, anyone who feels differently now has a way to change that about their device without any programming knowledge.

If you’re interested in downloading LargeCCKnobs, you can snag it for free on your jailbroken iOS 9 device from Cydia’s BigBoss repository right now. There are no options you have to configure, so you can start enjoying it right after you install it without changing any settings.

Do you prefer the knob style of iOS 9, or iOS 10? Share your thoughts in the comments below.