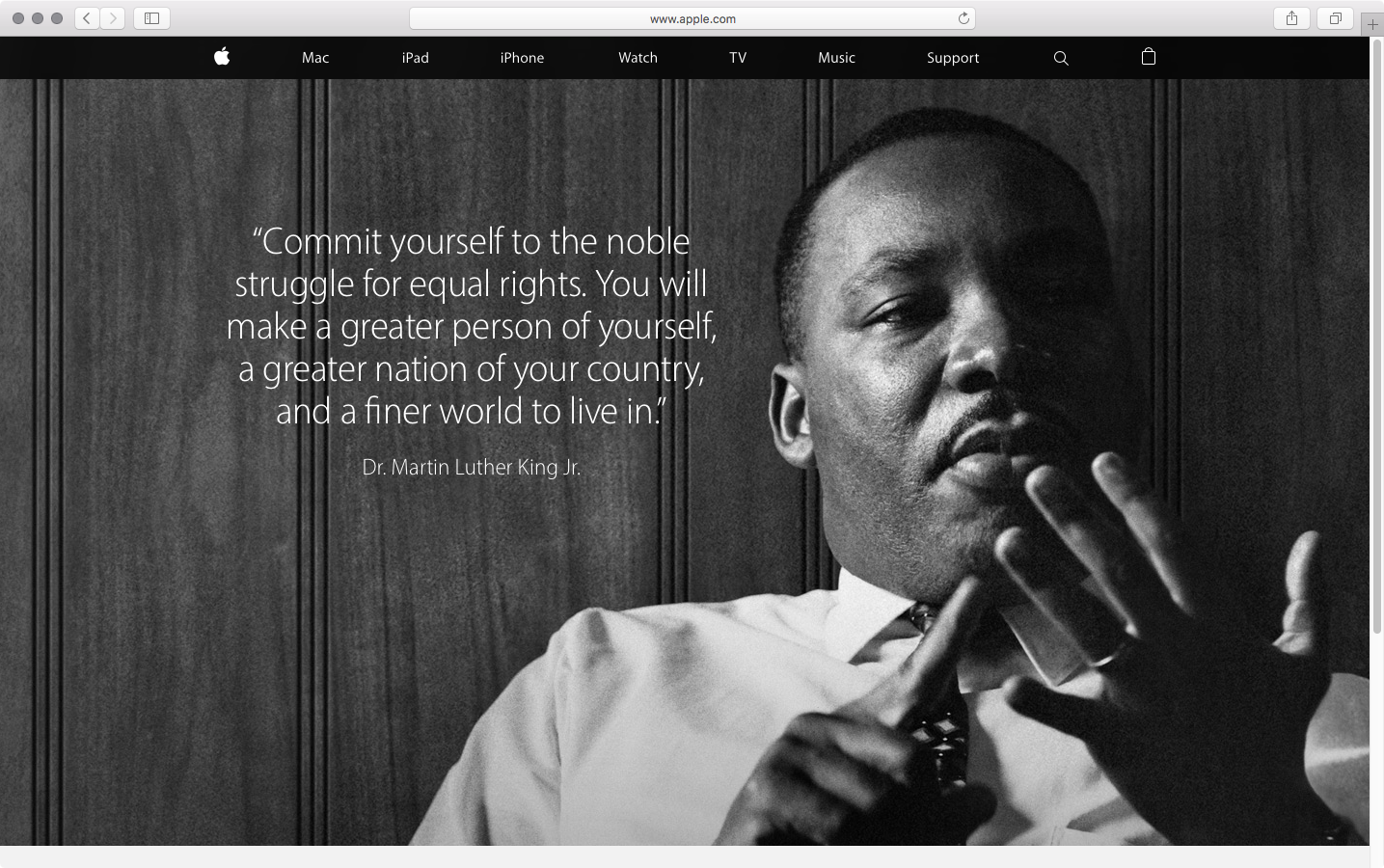 Today is Martin Luther King Jr. Day in the United States and Apple has joined the celebration with an appropriate tribute in the form of a full-page image on its website and a tweet from CEO Tim Cook. “We honor Martin Luther King by working to help achieve justice and equality,” reads Cook’s message.

Cook’s tweet is accompanied by the famous King quote: “We may have all come on different ships, but we’re in the same boat now.”

Apple’s webpage tribute features a photo of the famous African-American civil rights leader, accompanied by another quote: “Commit yourself to the noble struggle for equal rights. You will make a greater person of yourself, a greater nation of your country, and a finer world to live in.”

We honor #MLK by working to help achieve justice and equality. "We may have all come on different ships, but we're in the same boat now.” pic.twitter.com/dVQfg3CTSd

Martin Luther King Jr. Day is a federal holiday in the United States marking the birthday of the civil rights leader who was the chief spokesman for nonviolent activism in the Civil Rights Movement. It is observed on the third Monday of January each year, or around King’s birthday on January 15.

Back in 2015, Apple honored King’s birthday by giving most of its employees a day off whilst donating $50 to charity for every voluntary hour worked by those employees who did not get the day off on Monday.