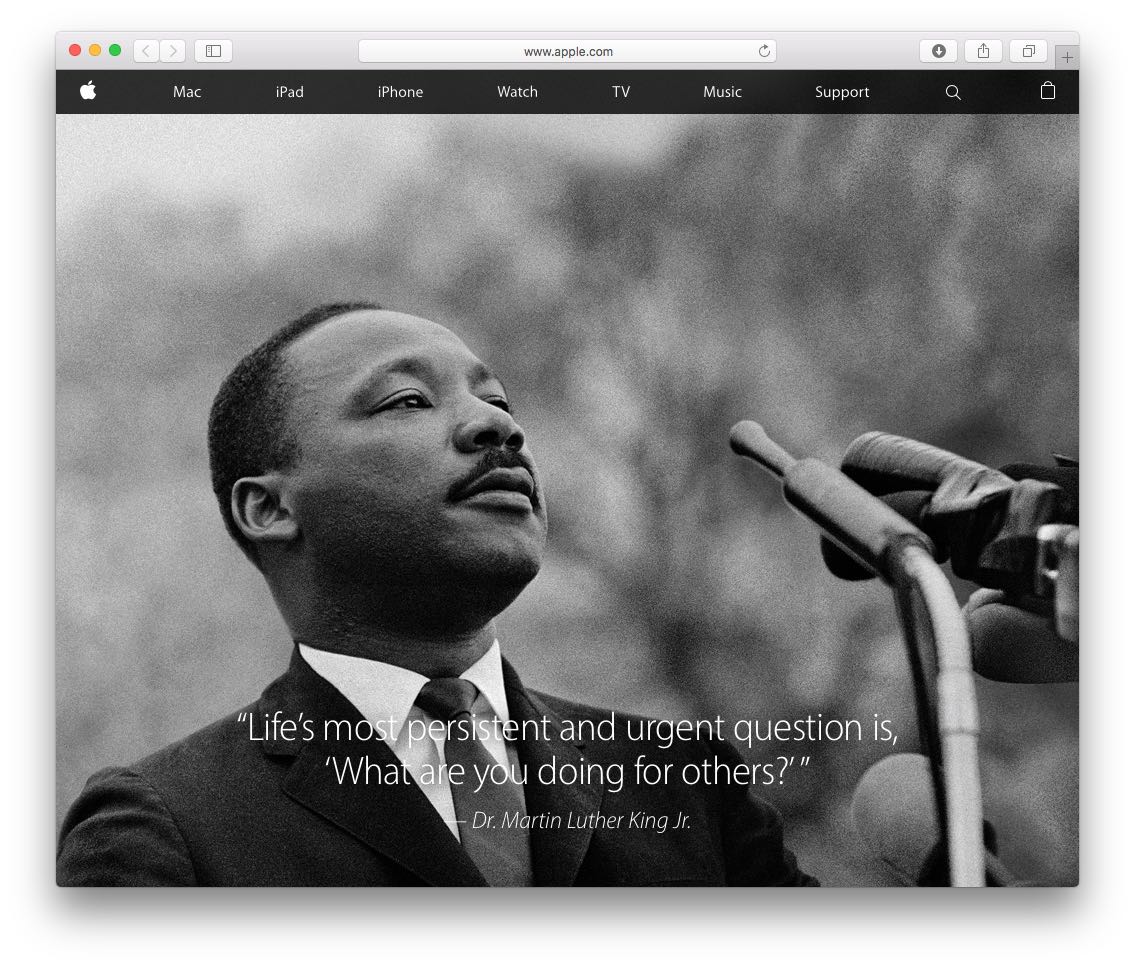 Apple has commemorated Martin Luther King, Jr. Day on Monday with a splash graphics on its homepage over at Apple.com.

Gone are the usual product teasers and a rotating carousel with featured products as the image of Martin Luther King Jr. has take over the homepage and accompanied by the quote: “Life’s most persistent and urgent question is, ‘What are you doing for others?’”.

Apple CEO Tim Cook, who keeps photos of Dr. King and politician Robert F. Kennedy in his office at Apple, has honored Martin Luther King, Jr. Day with a pair of tweets with an embedded image of the famous African-American civil rights leader and another famous quote: “We must learn to live together as brothers or perish together as fools.”

Remembering #MLK: Life's most persistent and urgent question is "What are you doing for others?"

Remembering #MLK and his timeless words. We should never forget. pic.twitter.com/b8kXa4ZFZ1

It is observed on the third Monday of January each year, or around King’s birthday, January 15.

Last year, Apple honored Martin Luther King Day by giving most of its employees a day off while donating $50 to charity for every voluntary hour worked by those employees did not get the day off on Monday.