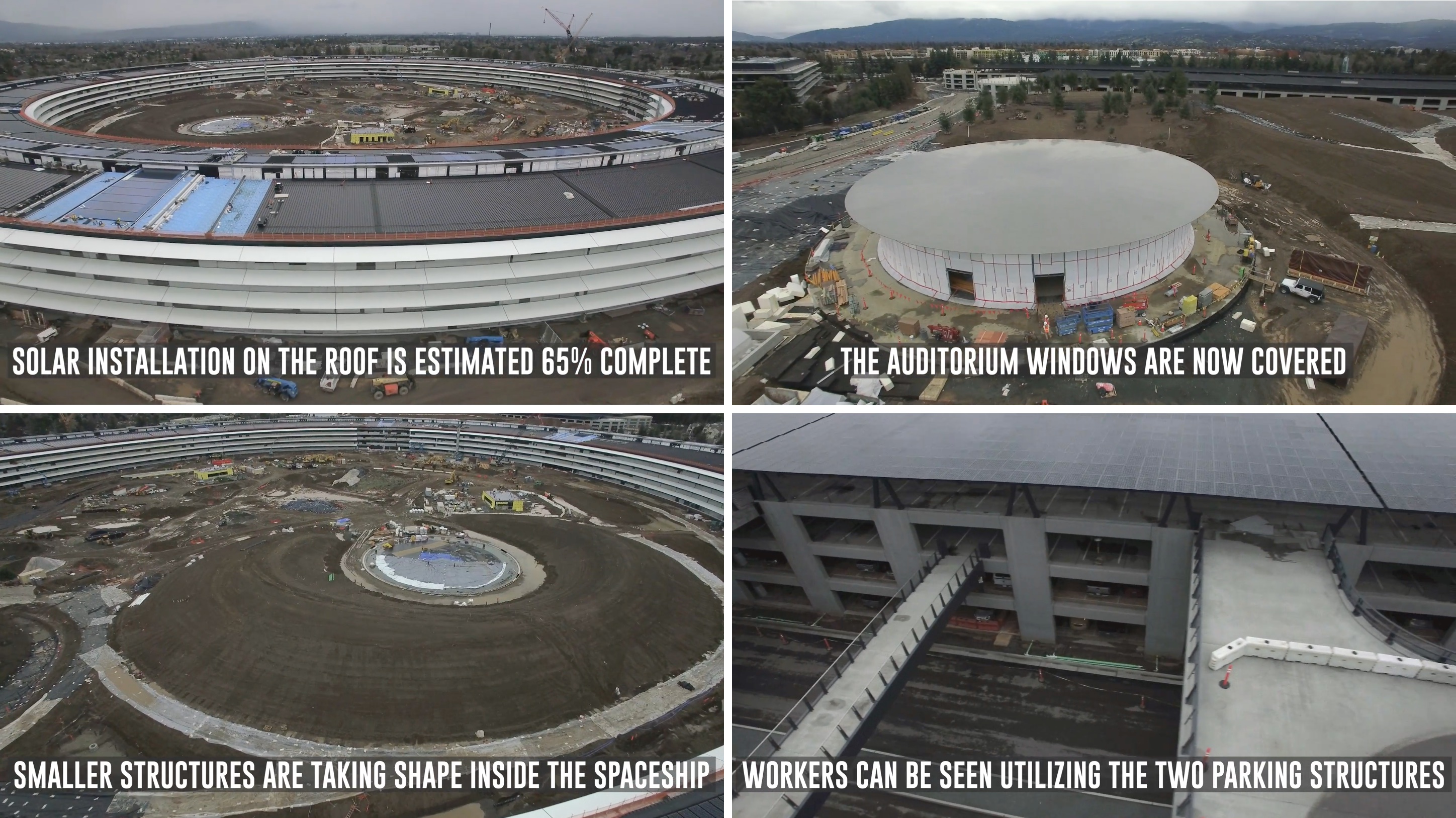 Though Apple’s yet to confirm a move-in date for the 13,000+ employees it’s planning to house at a new Jony Ive-designed campus, the project is finally coming together after work on it began in 2013. New drone footage from Matthew Roberts suggests the campus may open its doors early this year.

Going by this gorgeous 4K clip, there’s still some work to be done before Campus 2 opens but the main building looks nearly complete, roads are being cleared and landscaping within the building and around its central courtyard is now visible.

Compared to Matthew’s December update, his latest video update shows greenery and additional trees which are in the process of being planted in the ground.

Heavy machinery and construction equipment are no longer found in the area around the main building or have been moved off-site. Rooftops of the main building and the many supporting structures will be covered by solar panels.

The entire campus will run entirely on renewable energy, with 75 percent of power coming from solar panels and the rest coming from on-site fuel cells powered by biogas.

The video was taken during one of the most rainy periods in recent Cupertino history.

BTW, be sure to check out images of the building’s interior Apple shared in December.

iPhone 8 unveiling should happen inside an underground auditorium which is located on the site. Designed to seat up to a thousand people, this dedicated facility is where future Apple events, product unveilings and corporate meetings will be held.

For even more awesomeness, check out a huge 1.7-gigapixel image of the new campus taken by aerial imaging experts over at SkyIMD. Since the original image weighed in at a staggering 4.76 gigabytes, they’ve compressed it to a more manageable 27 megabytes. You’ll need to visit the SkyIMD website to really get up close and see all the details—the resolution is so staggeringly high that every pixel covers just over an inch.

Apple could begin moving in as early as January or February 2017 although landscaping work will extend into the second half of 2017, according to official documents. When complete, the main building will provide a massive 2.8 million square feet of office space and file as one of the largest office buildings in the world.