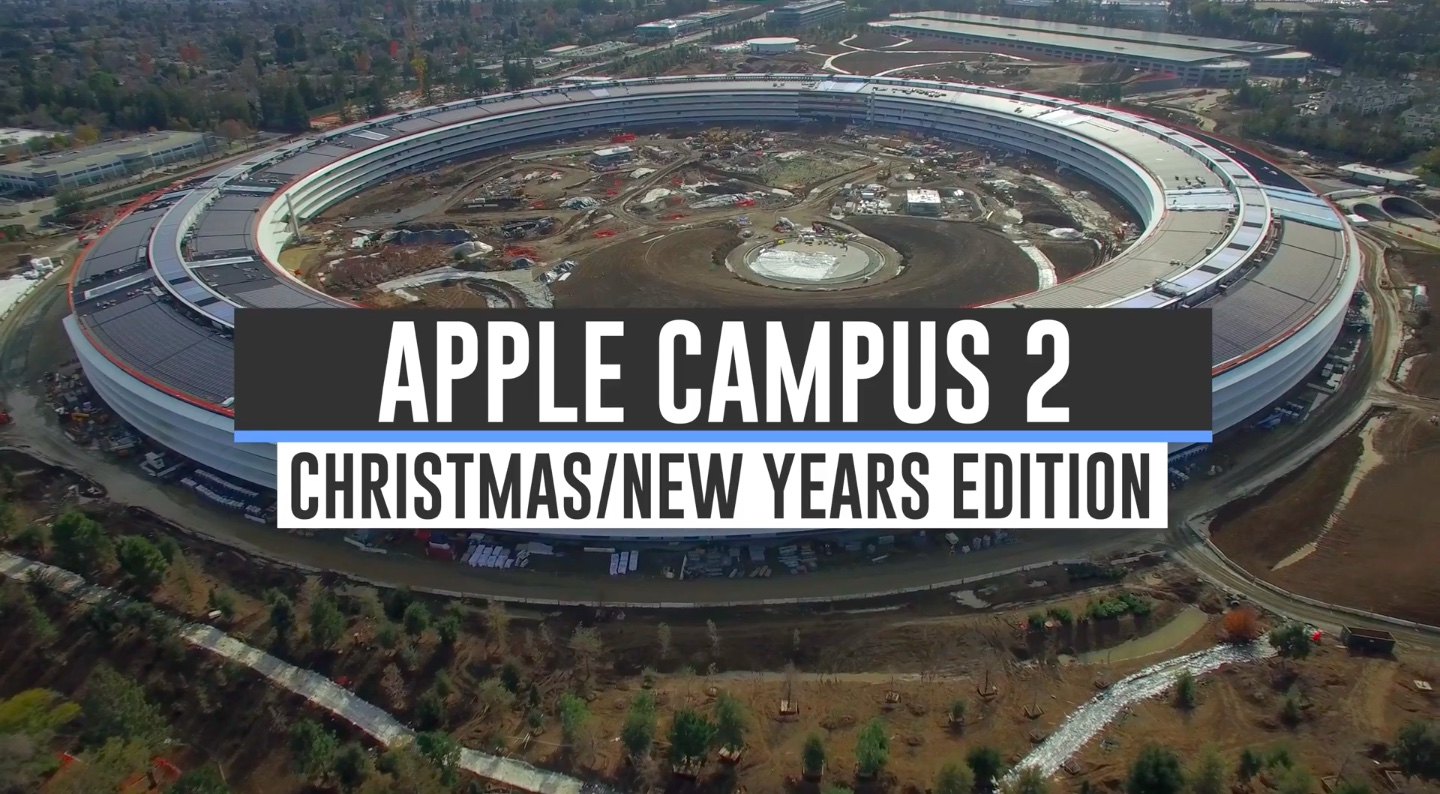 Work on the forthcoming campus is expected to be finished early next year, although landscaping work will extend into the second half of 2017. The company should begin moving in employees some time in early 2017.

The video reveals that the reception area for the underground auditorium is beginning to take shape. You can also see traces of walkways that employees will use to move around the campus. Landscaping work is showing significant progress, too, with many different types of trees having been planted in this month alone. Nearly two-thirds of the solar panels have been installed on the circular-shaped building’s rooftop.

Work on the inside of the R&D building is said to be progressing along nicely as well. While we’re at it, you may also want to give Matthew’s time-lapse video a quick watch as it real illustrates the rapid pace of development at the massive iSpaceship site.