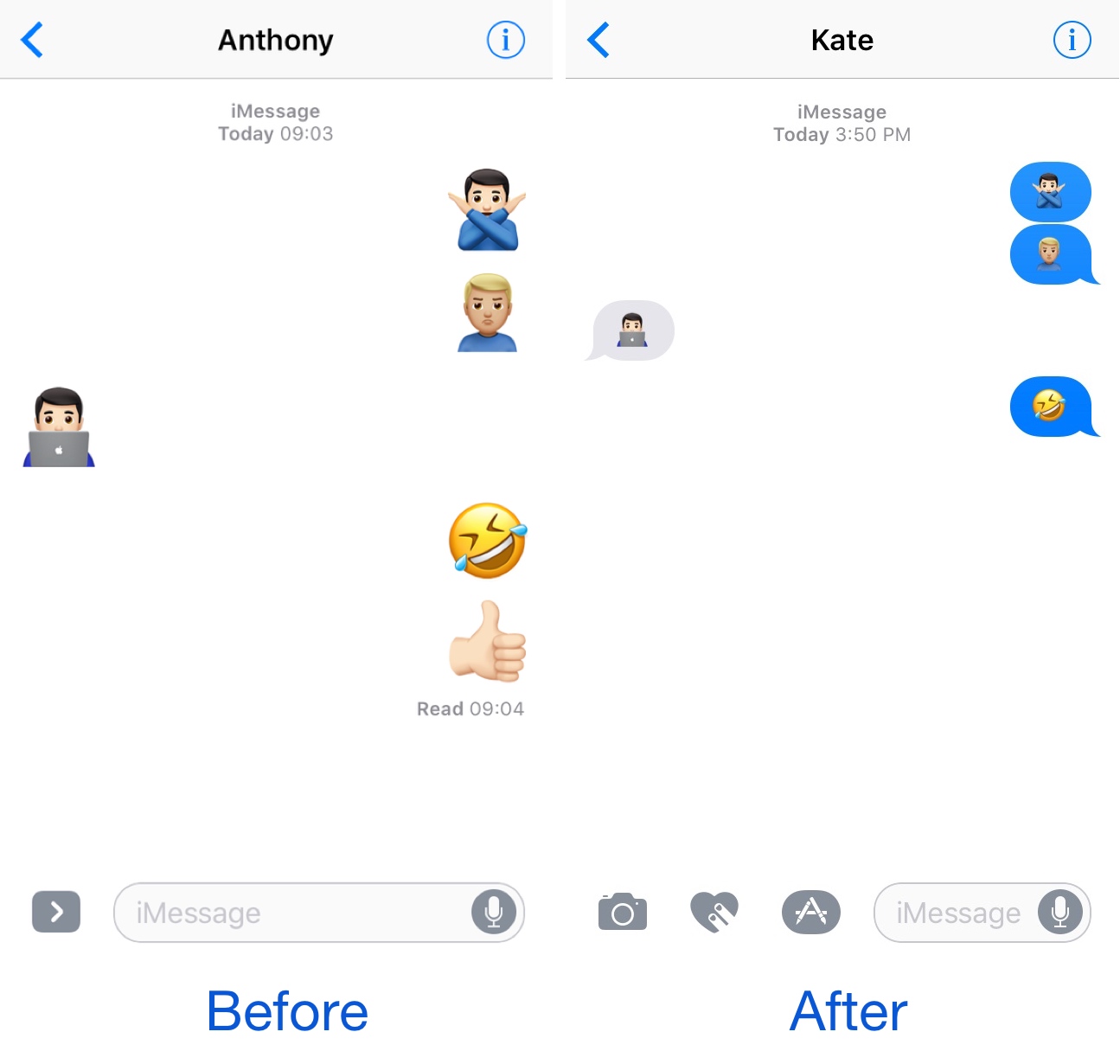 Starting with iOS 10, Apple has super-sized all of the Emojis that you send and receive via iMessage whenever they’re used without any complementary text.

Because the Emoji experience on iOS 10 feels a lot more like Facebook Messenger’s sticker system now and not everyone’s on board with it, a new free jailbreak tweak called Littlemoji can be used to return them back to their pre-iOS 10 size.

As you probably recall with iOS 9 and earlier, Emojis that were sent and received were the same size as any other line of text you would see in the Messages app. Thanks to that, they would actually fit inside of the chat bubbles coming from and going to your recipient.

When you install Littlemoji on your iOS 10 device, any Emoji that you send or receive will not only be resized, but it will also appear inside of a chat bubble just like it did on iOS 9 and earlier. The end result gives you more of your conversation at a glance, as shown above.

This effect is only going to be seen on your end, so if you’re text messaging someone else with iOS 10 and you use an Emoji or two, they are going to see the full-sized version while you see the shrunken down version, so that’s something to keep in mind.

Regardless, because the new super-sized Emojis aren’t everyone’s cup of tea, Littlemoji does a good job of returning things to the way they were before Apple changed the look and feel of the Messages app in the latest iPhone and iPad firmware.

If you’re interested in trying Littlemoji, you can grab it for free on your jailbroken iOS 10 device from Cydia’s BigBoss repository today. There are no options to configure.

Since the tweak is designed for iOS 10, it will only work on devices that have been jailbroken with Luca Todesco’s Yalu jailbreak, which is currently in beta. Since it’s not completely stable just yet and because it doesn’t yet support all devices, we don’t recommend using it at this point in time.

Do you like the super-sized Emojis in iOS 10? Or do you prefer the smaller ones in iOS 9 and earlier? Share below.