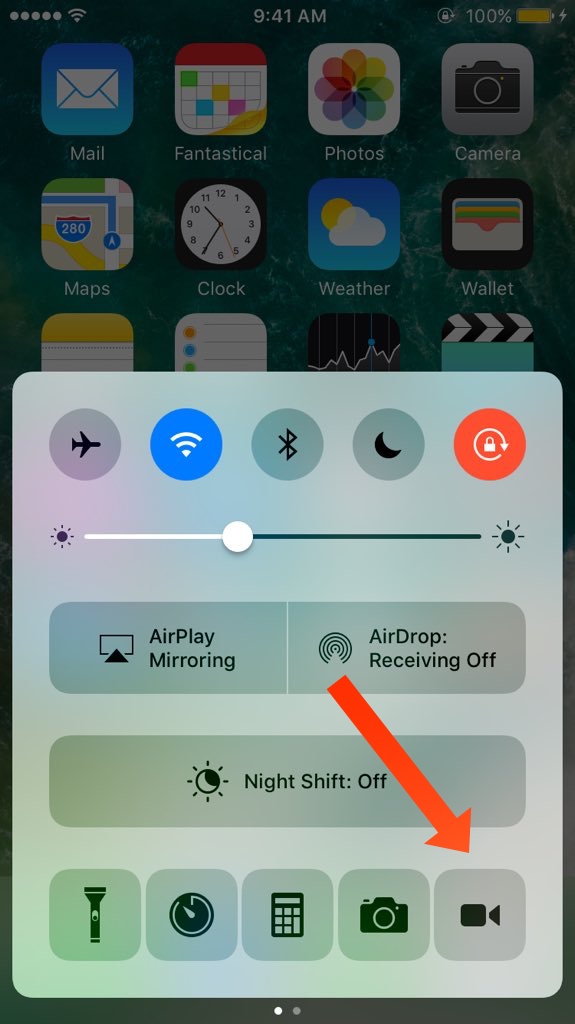 Display recording tweaks have long been a favorite utility of the jailbreak community, and now you don’t even need to put an app icon on your screen to utilize this kind of functionality.

A new free jailbreak tweak called CCRecord adds a display recording toggle button right to Control Center on all jailbroken iOS 10 devices, making the feature more convenient than ever before.

As you can see in the screenshot above, the display recording toggle button is added to the bottom right of the row of shortcuts in the Control Center interface; the symbol looks just like the FaceTime icon.

As soon as you tap on the button, display recording will begin immediately, and it will not stop until you open Control Center and tap on the toggle button once more to complete your recording.

When you do end the recording, an H.264 MP4 video file is added right to your Camera Roll for your convenience without the need to fiddle with a third-party file manager, making it super easy to share with people via iMessage, email, or social media. One could even import the media to their Mac with the Photos or Image Capture apps.

It was described to me by the developer as a way to bring to life the “internal button” that has existed for some time in iOS’ resources and hasn’t functionally worked properly until iOS 10. That said, the display recording properties are completely Apple’s own, similarly to what you’d expect from display recording via QuickTime over a Lightning cable connection on your Mac.

CCRecord doesn’t have any options to configure, so right after you install it you can start using it immediately.

For what it’s worth, this tweak is bare-bones and simple to use and won’t cost you any money, so if you desire a quick and easy way to record your jailbroken iPhone or iPad’s display without any headache at all, then this is definitely the way to go.

Because it relies on iOS 10, only those who’ve jailbroken with Luca Todesco’s beta jailbreak for iOS 10.1.1 can even touch CCRecord. At this point in time, we don’t recommend jailbreaking iOS 10 until the jailbreak is made more stable for the sake of securing your jailbreak. We know it’s tough, but it in the end the stability will be worth it.

If you’re interested in trying CCRecord, it’s available for free on Cydia’s BigBoss repository. The developer has even open-sourced the tweak on his Github page for anyone who’s interested in seeing what makes jailbreak tweaks tick.

Are you going to be downloading CCRecord? Share with us in the comments below!