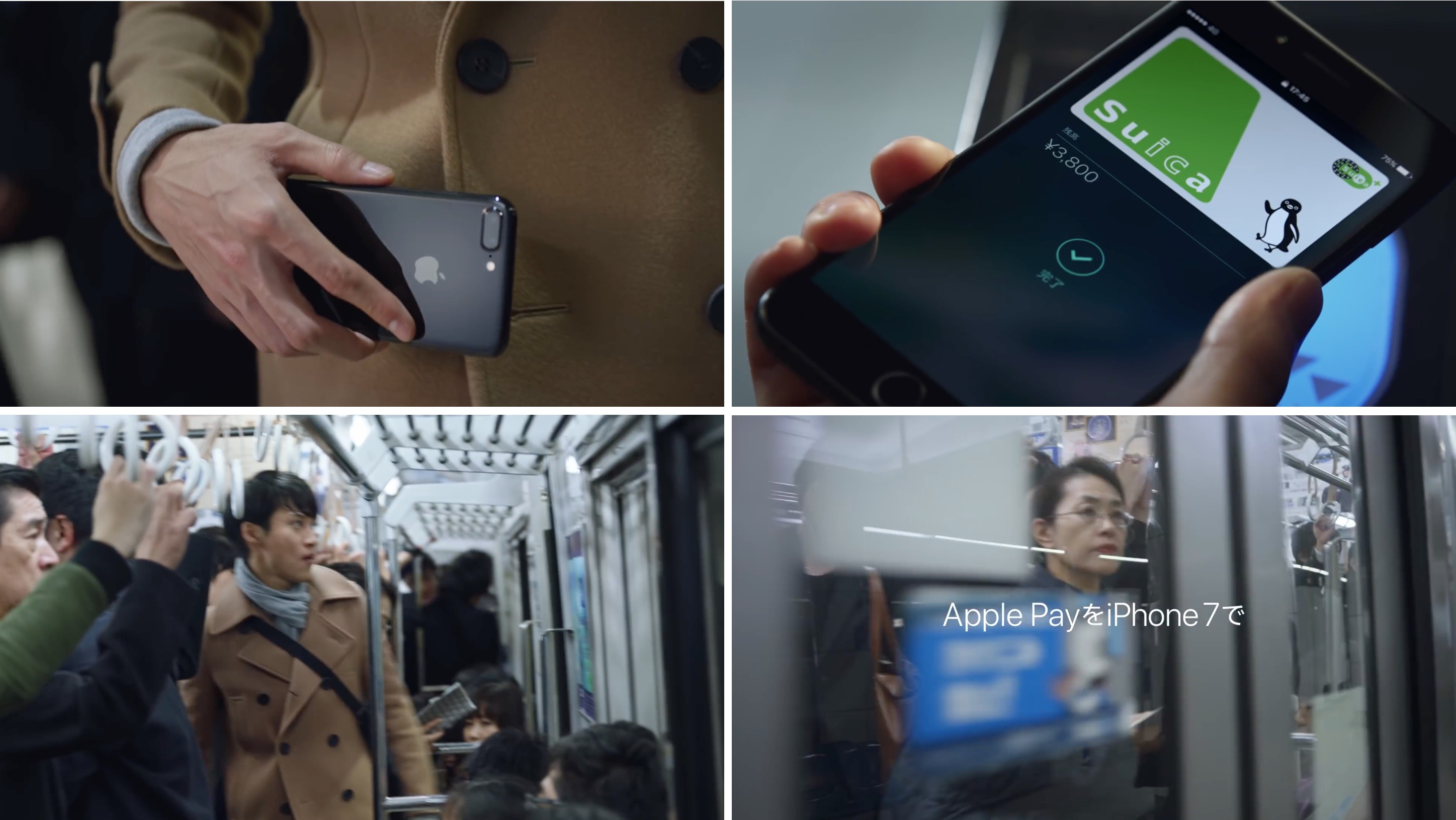 The 30-second television spot is all about iPhone 7, which in Japan comes with a special chip supporting Sony-developed FeliCa mobile payments technology.

With FeliCa support, folk in Japan can buy tickets via Apple Pay at terminals supporting Suica, QUICPay or iD. Apple Pay launched in Japan at the end of October 2016.

FeliCa lets users store train cards, bus passes, store cards and credit and debit cards on their mobile devices. The commercial communicates to viewers that it’s now OK to use their iPhone 7/Plus to make FeliCa payments in the country.

It’s worth keeping in mind that only iPhone 7/Plus sold in Japan come with a built-in FeliCa chip. As a result, travelers and other people who don’t own a Japanese version of iPhone 7 will not be able to benefit from FeliCa technology.

More than 1.9 million contactless payment terminals in Japan support FeliCa technology. In 2015, local FeliCa payment transactions totaled an astounding $46 billion. The technology is used in more than 160 million transactions across the country.

What do you think about this Japanese ad from Apple?