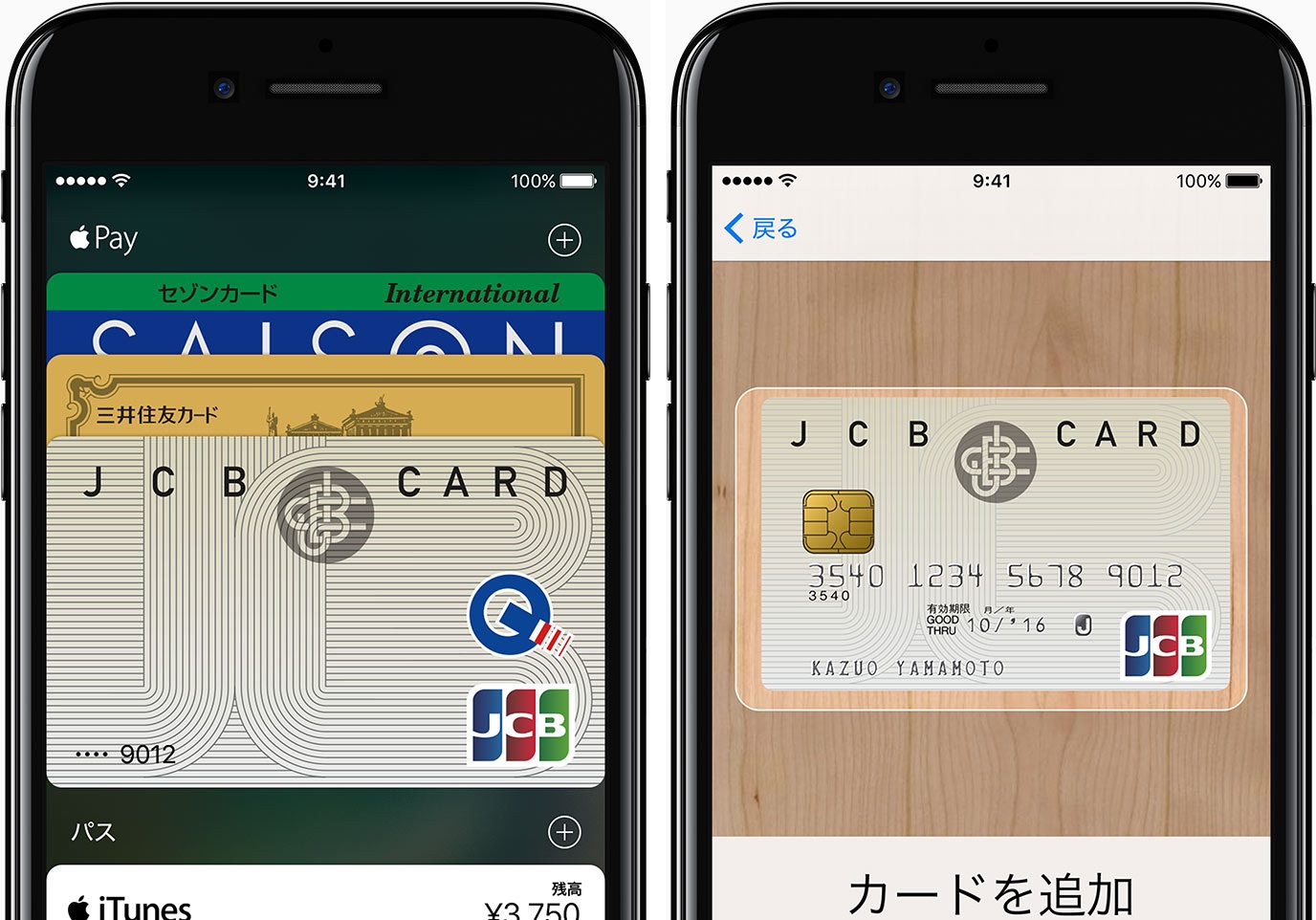 Apple Pay today launched in Japan, one of Apple’s most important markets and home to population of 127 million souls. Marking its twelfth major market, Apple Pay permits Japanese customers to make private credit and prepaid card purchases in stores, online and in apps, plus commute and pay for everyday items with Suica from JR East.

To support the service, Apple today issued the free iOS 10.1 software update which has enabled support for transit directions in Japan to help users find ride details, including fare breakdowns that automatically show Suica pricing on their device.

Some of the launch merchants for Apple Pay include convenience stores like 7-Eleven, Circle K, Family Mart, Lawson, Ministop and Sunkus, supermarkets such as AEON, APITA and PIAGO, gas stations including ENEOS and Esso Mobil General, retailers like BicCamera, Matsumoto Kiyoshi and Uniqlo and local brands such as JapanTaxi and Sukiya.

Apple Pay is also accepted at all locations that accept the Suica prepaid money card, QuicPay or iD. In addition to making purchases, users can easily buy or reload a Suica card or commuter pass using the Wallet app on their iPhone. 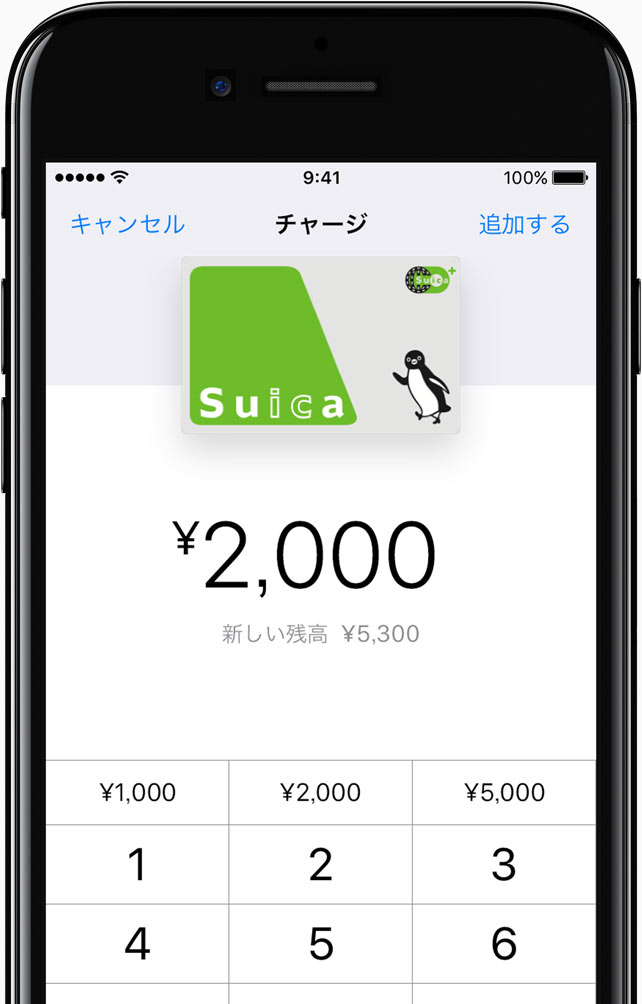 Users continue to receive all of the rewards and beneﬁts offered by their cards. Major Japanese financial brands are supporting Apple Pay at launch. 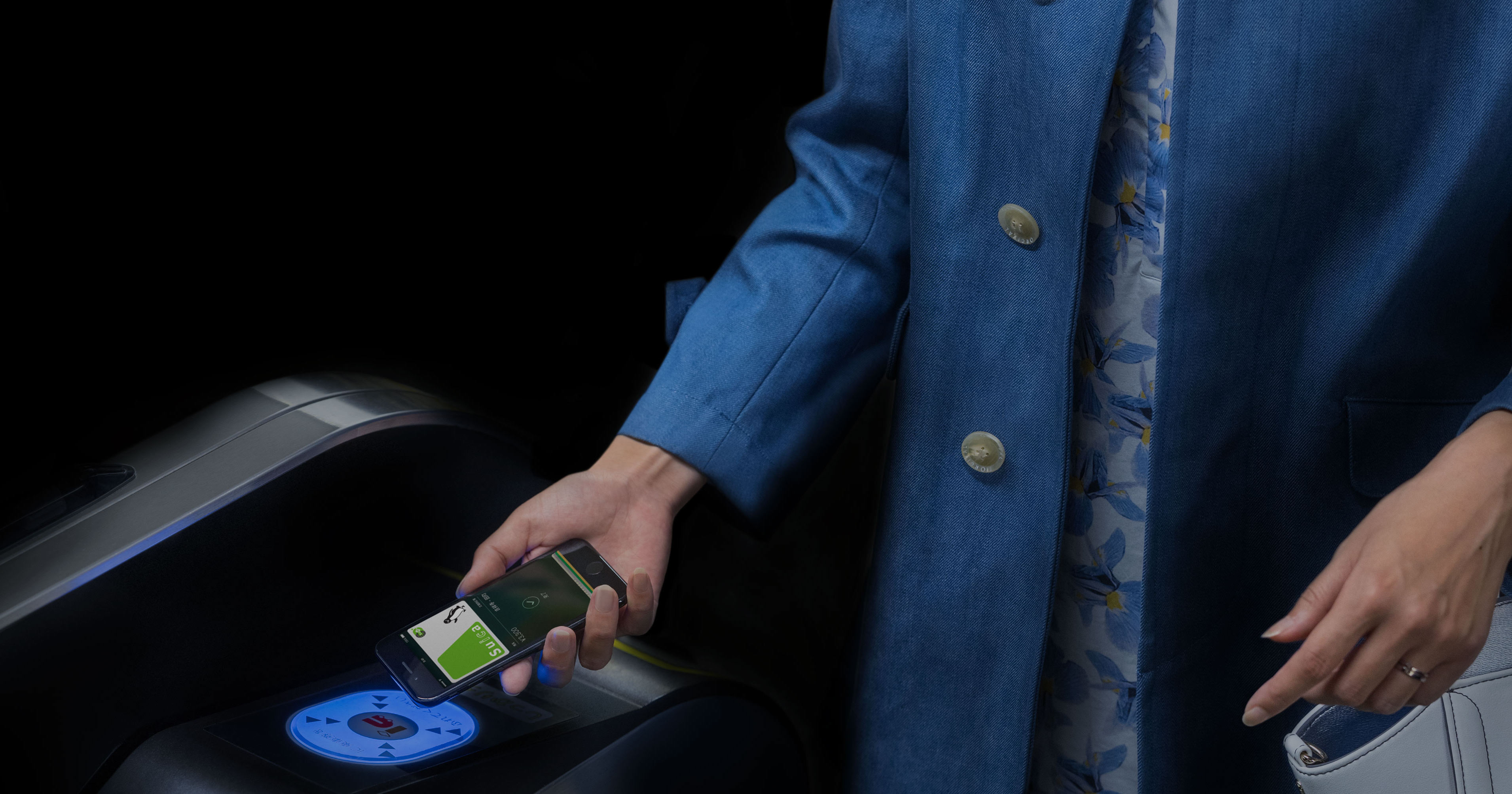 These major global and domestic networks represent more than three-quarters of all credit card spending in Japan. The service is also supported by carriers KDDI, NTT Docomo and Softbank. 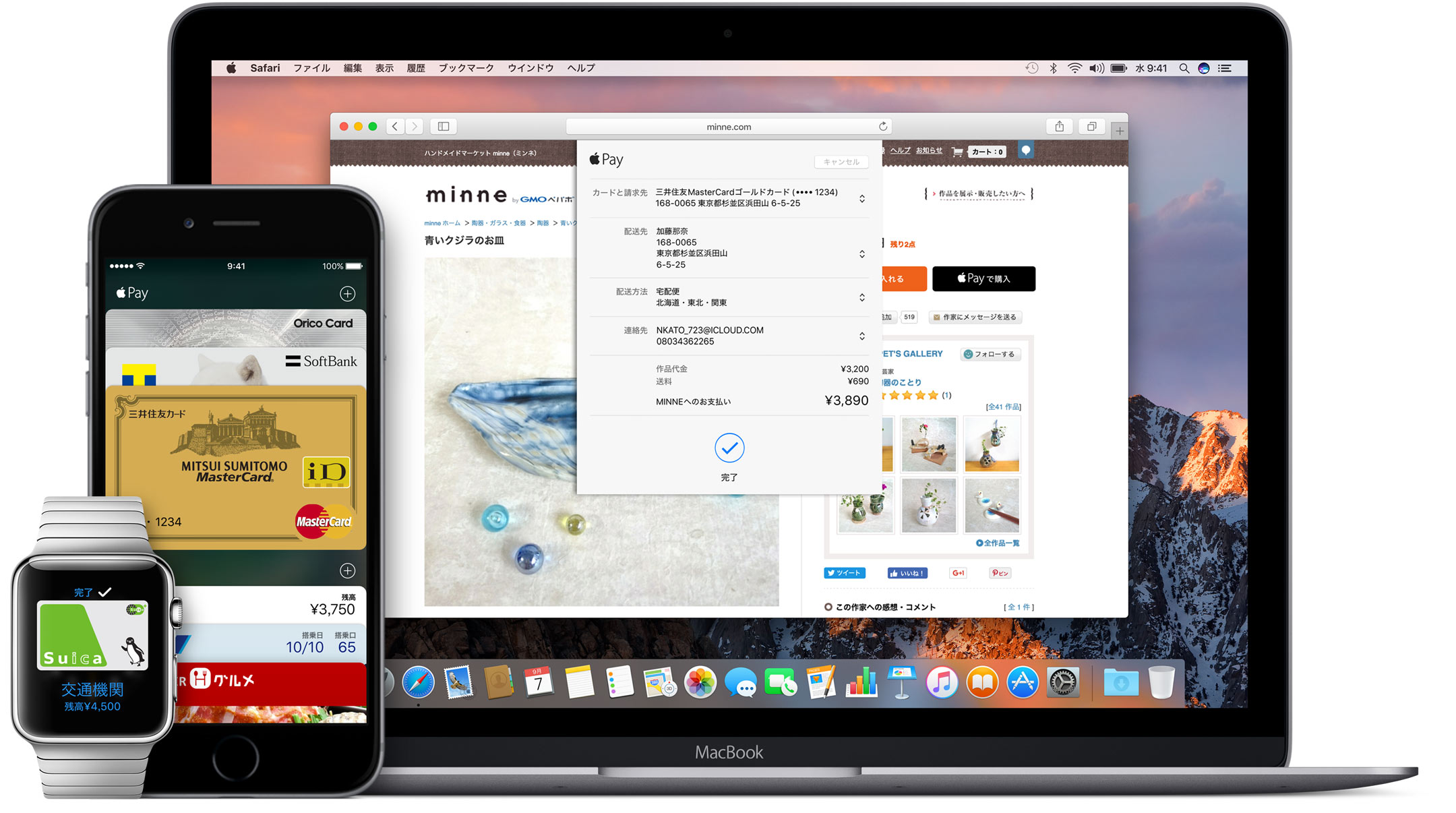 In addition to using an iPhone 7, iPhone 7 Plus or Apple Watch Series 2 to make purchases in many of the country’s largest stores, at neighborhood shops and restaurants and at transportation facilities, other devices like the iPhone 6, iPhone SE, iPad Pro, iPad mini 4 and other can be used to make payments within apps and from their favorite online merchants such as BASE, Demae-Can, giftee, Jalan.net, JapanTaxi, minne and Toho Cinema.