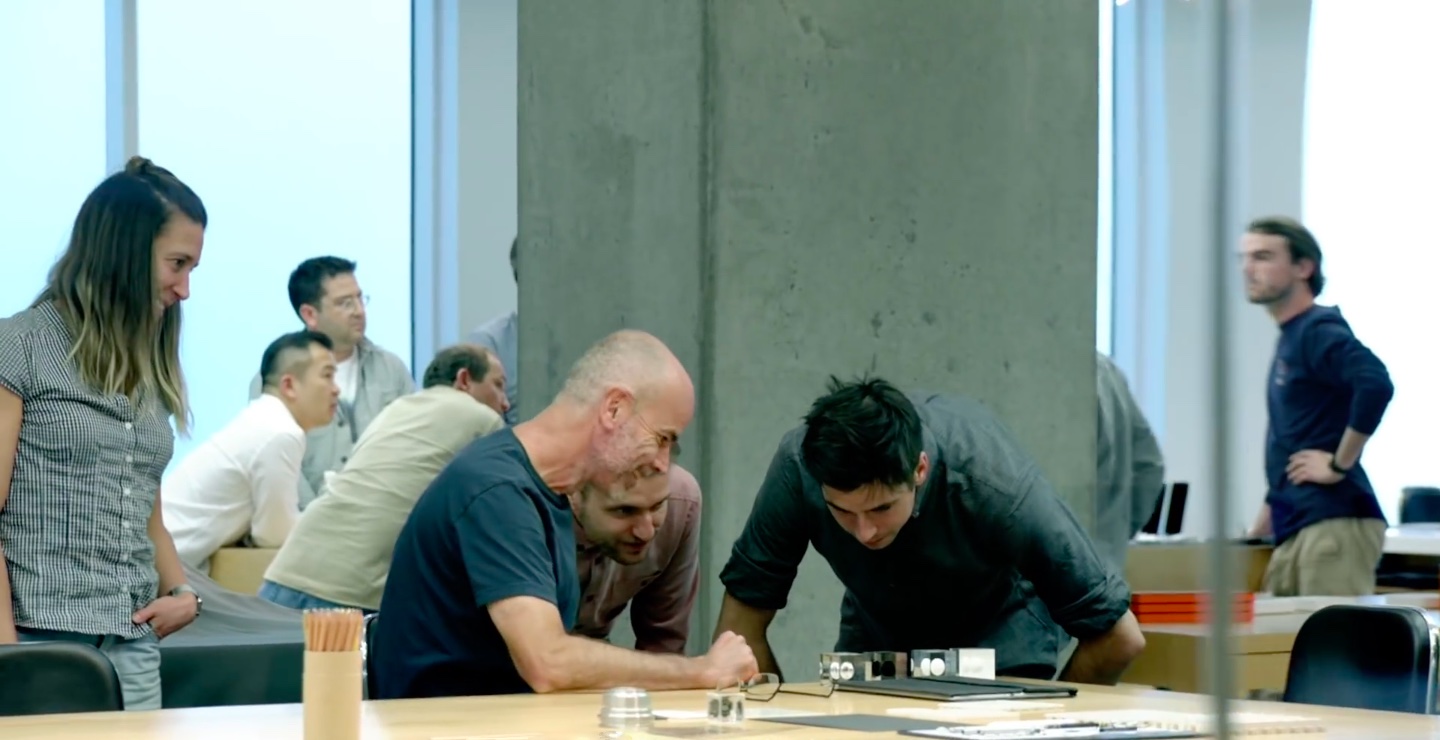 Stop me if you’ve already heard this one: Apple is doomed, doomed, DOOMED. Didn’t you get the memo? Investors have been displeased with Apple’s slowing growth since the dawn of time, saying iPhones and other Apple gadgets ought to be even more expensive than they already are.

Analysts think the company is embarked on a “decade-long malaise” because it supposedly “lacks the courage to lead the innovation”. And biased media with its collapsing ad revenues continue churning out click-friendly headlines which accuse Apple of anything you could think of, from falling behind Google in artificial intelligence to Donald Trump winning the U.S. presidential election.

I guess that’s one way of looking at things.

Here’s what Apple’s world looks like from my vantage point.

We hear from various people—most of whom, by the way, are not privy at all to Apple’s inner workings so their opinions are just that, opinions—that the company is lacking innovation because it hasn’t responded to Amazon’s Alexa and Google’s Home wireless speakers.

Because it’s no longer making routers and external displays.

Because it’s failed to give us another smash hit like the iPhone.

Because its services suck.

Because [INSERT OF YOUR OWN REASON].

But just because the likes of Google do things in a certain way doesn’t mean Apple should follow in their footsteps. If Apple did that, it’d be dismissed as a follower. Apple does quite the opposite: they do things their own way and in return get chastised severely every time growth figures don’t match some analyst’s spreadsheet.

Wall Street is good at numbers, but investors continue to amaze the rest of us with their blinded insistence on growth, growth, growth. Of course, companies cannot grow forever because they eventually run out of new customers or new markets to conquer.

As for the Apple vs. Google debate, Apple doesn’t really need to do services the way Google does.

Apple does messaging right with iMessage and iOS 10 takes iMessage to places it’s never been before with support for stickers, third-party apps and games, screen and bubble effects and more.

It’s not like the world has a major messaging problem that needs Apple’s magic touch.

Most of the startups make cross-platform services to monetize as many users as possible, not out of altruism but because their business model is advertising—and there’s nothing wrong with that. I’m just saying that Apple doesn’t sell you as an advertising product to the highest bidder.

The job of tech titans like Google is to make their services run great on any platform. Apple’s job is ensuring its hardware integrates and play nicely through services that act as a glue.

As for services, Apple is  unfairly criticized for the fact that iCloud doesn’t hold a candle to Google but that’s comparing apples and oranges. iCloud was designed to “just work” on Apple hardware. Apple does not aspire to turn iCloud into a set of web services that anyone could sign up for and use at no charge in exchange for advertisements and heavily decreased privacy.

You don’t see Apple promoting iCloud Mail to non-Apple customers the way Google pitches Gmail even though iCloud Mail runs in a browser. And why isn’t anyone talking how great Apple Maps nowadays really is compared to its growing pains and teething issues a few years back? 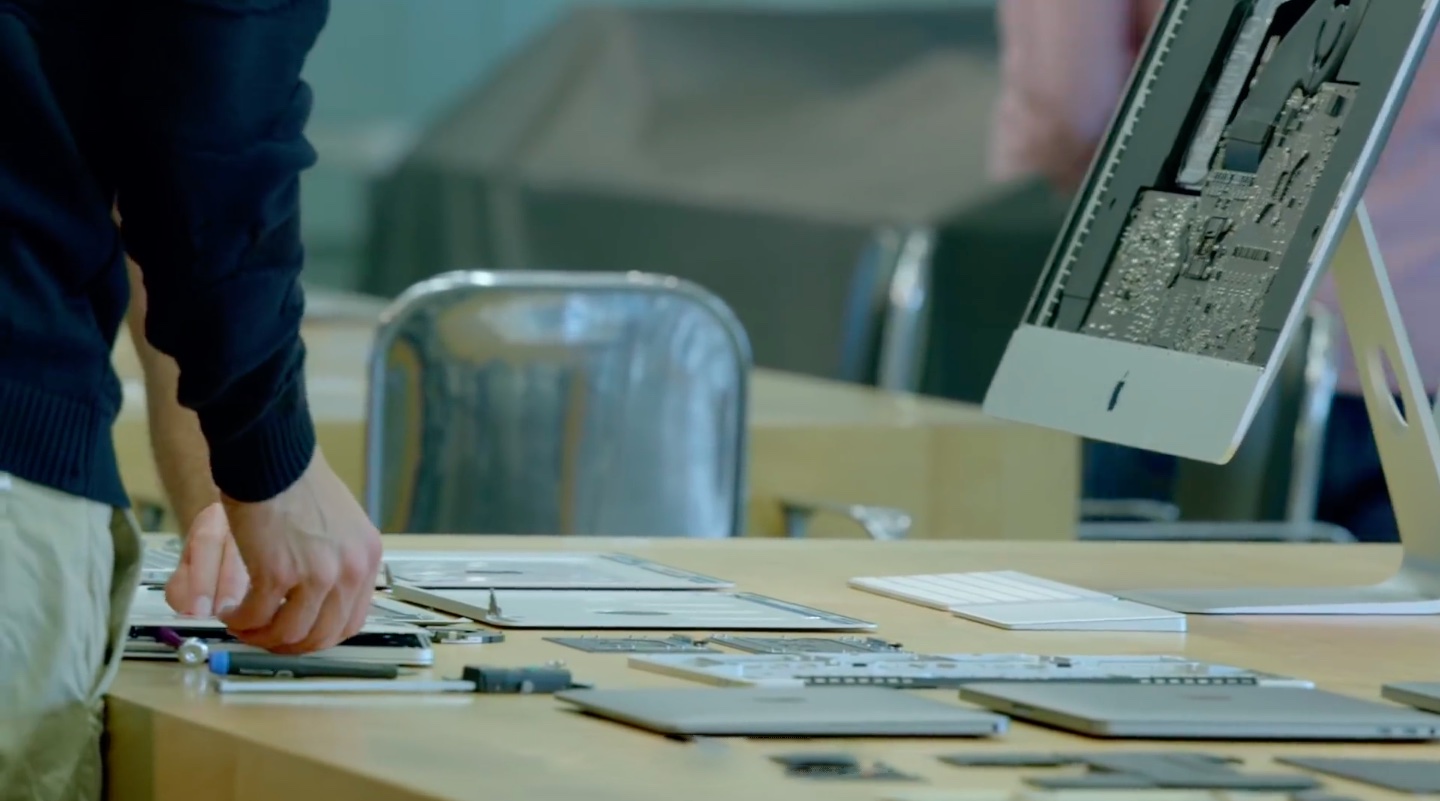 And don’t get me started on ideas that Apple should build a search engine of its own just because Google has one. While many iCloud services run in a web browser, they truly shine when integrated with Apple hardware.

Besides, where’s the money in free web services anyway? Is anyone making a fortune on AI? Did anyone get rich by creating a successful messaging app without selling the company? I, for one, am glad that Apple is not wasting resources on competing with cloud-first companies on their own turf.

While I don’t think Apple has lost its innovation mojo, I do agree that some of the things they’ve done since Steve Jobs passed away five years ago are not up to their high standards of quality—and that (QA issues) is the only major quibble I have with Apple. 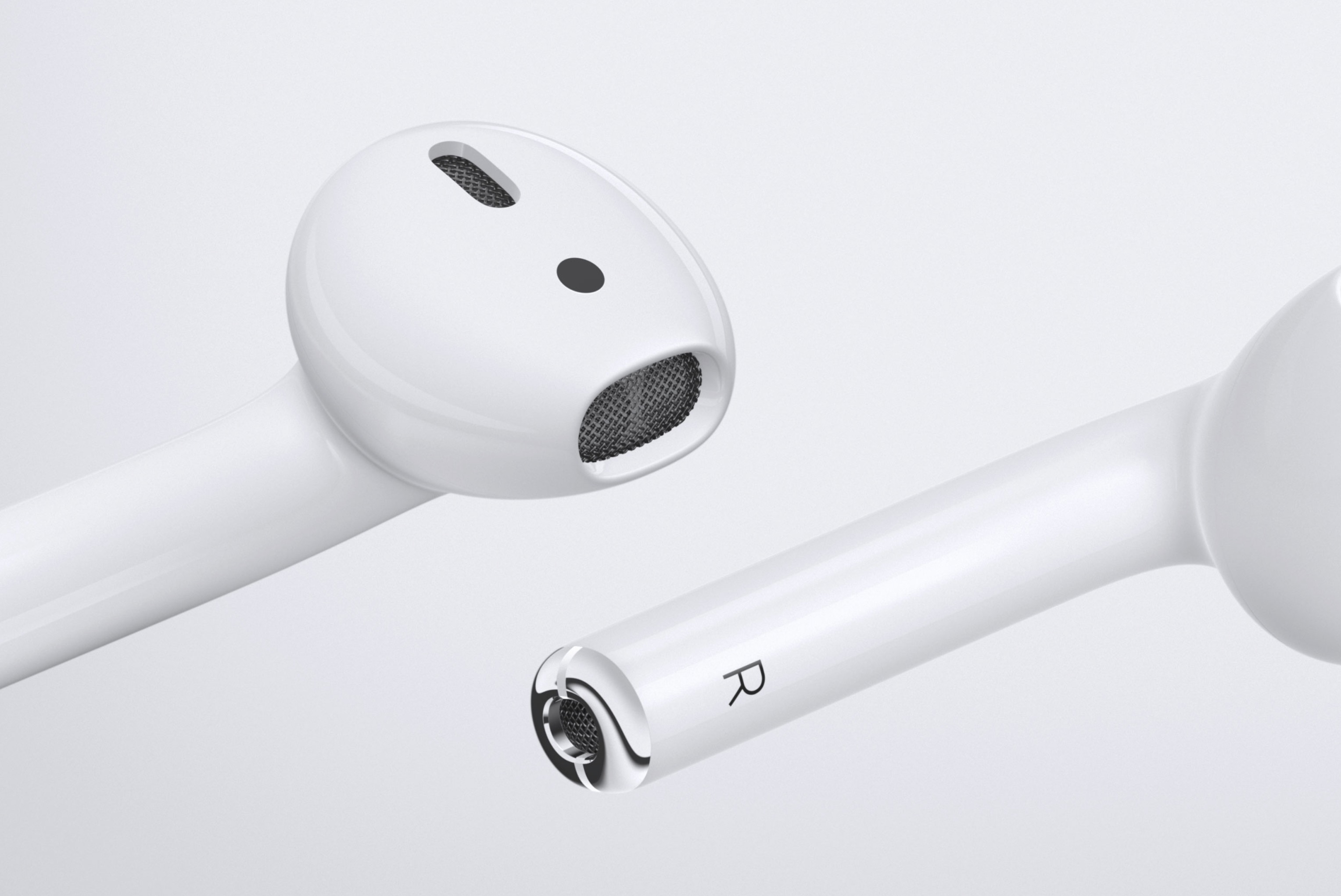 What I vehemently disagree with is the notion that Apple no longer innovates.

Still, analysts keep banging the “Apple no longer innovates” drum without providing clear arguments to support their thesis. All we hear is the same old explanation: Apple has fallen behind others in innovation because nothing it’s done has touched the iPhone.

Newsflash: nothing can beat the iPhone. It’s by far the most profitable product the world’s ever seen: since its inception in 2007, the iPhone has raked in more than $620 billion revenue. It’s so wildly successful that I doubt anything will ever come close to replicating its profitability and cultural significance anytime soon.

I do get why some people spew hate on Apple.

What haters are quick to forget, however, is how depressing the mobile phone landscape used to be before the iPhone came along and changed everything. I don’t think Apple gets enough credit for the original iPhone, which in a way was the sleepy mobile industry’s make or break moment and forced many companies to actually start innovating their boring handsets.

Yes, Apple’s reliance on the iPhone is its Achilles’ heel.

But to say Apple’s embarked on decade-long malaise just because it doesn’t do artificial intelligence and machine learning at the expense of user privacy, or because it’s failed to come up with a gadget that would beat the iPhone in terms of sales and profitability, is to be out of touch with reality.

The smartphone is the defining product of our generation. The whole world is now buying smartphones at a clip of north of one billion units each year. Other consumer electronics products can only dream of being that popular. Even combined sales of TVs, computers and game consoles are still a far cry of smartphone sales—that’s how essential the smartphone has become in our lives.

Yes, Apple is an iPhone company and there’s nothing wrong with that. 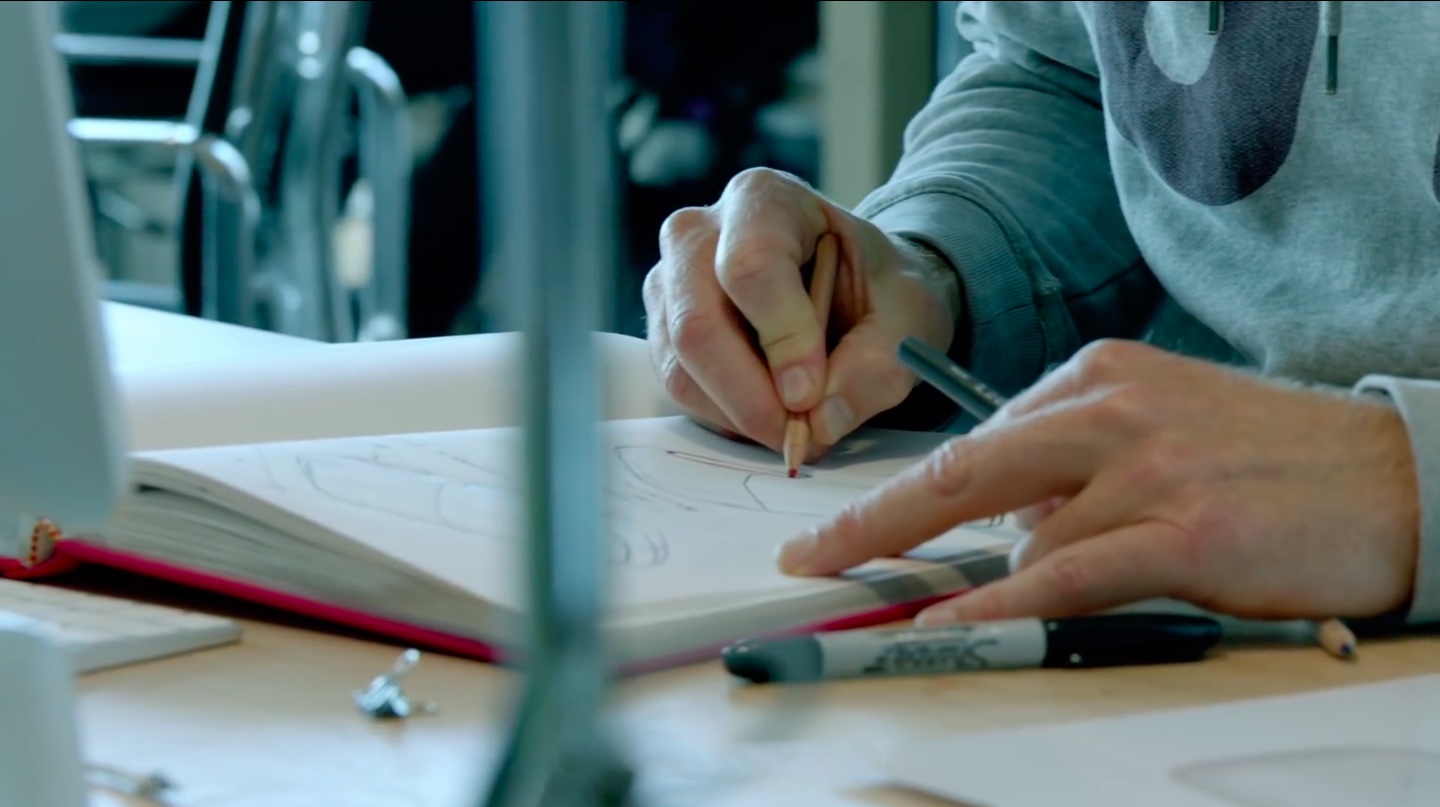 Why isn’t anyone criticizing Google for being an ad company? They operate the world’s best search engine that’s just a vehicle for ad sales: the bulk of Google’s $75 billion revenue in 2015 came from its proprietary advertising service, AdWords.

Yes, Apple is an iPhone company and it’s hardly shocking.

In the September quarter, it raked in a cool $28.16 billion in iPhone revenue. During the same three-month period, the company “only” managed to generate $5.74 billion from Macs, $4.26 billion from iPads, $6.33 billion from various services and $2.37 billion from sales of the Apple Watch, Apple TV, Beats products, iPods and accessories.

I say “only” because if the Mac were an independent company its $22.8B in fiscal 2016 revenue would rank 123rd on the Fortune 500 list, close to the likes of, say, Time Warner, Halliburton and Northrop Grumman.

No matter what Apple does there will never be a shortage of crazypants analysts and greedy investors who will readily accuse the company of innovation crisis for their own short-term gains.

What worries me is the fact that much of the Apple hate and criticism of Tim Cook’s leadership also comes from pro-Apple bloggers, which I think is more symptomatic of today’s click-obsessed journalism (nothing like an anti-Apple headline, eh?) than a sign of any systemic problem within Apple.

Most of the Apple criticism we hear today can be applied to the Steve Jobs era. But unlike Cook, Jobs had the utmost authority as the company’s co-founder and that’s why you didn’t hear analysts sting Apple where it hurts the most—its innovation—back when Jobs was in charge.

And now these analysts are running amok, downright insulting Tim Cook. Even Jim Cramer, CNBC’s “Mad Money” host, was “stunned” by analysts’ lack of respect for Cook during a recent earnings call.

“Apple is held to a higher standard, even though it has one of the cheapest stocks out there. I don’t know what’s wrong with these analysts with their faux buy recommendations, but I think they could benefit from some therapy,” he said.

Or as a commenter summed it up succinctly:

WTF do these people want? Flying cars? Technology has peaked the progression from this point on is going to be very slow. Apple doesn’t do things until they’re mature and ready.

I couldn’t have said it better myself.

If you’re in the hate camp, this comment likely resonates more with your thoughts:

Apple will continue to make money as usual but will not be seen as the leading company for innovation. Which is key to how customers perceive Apple in the long term which affects the brand perception.

Perception can be a tricky thing and both of these comments have their merits.

If you, too, think that Apple lacks the courage to lead the next-generation of innovation, I challenge you to tell us what product Apple should do next that could become even more popular than the iPhone, because that’s obviously what profit-obsessed Wall Street is all about.