If you stream a lot of songs on Apple Music, chances are it has developed a vast cache size. macOS automatically manages cache files. But if you’re in dire need to immediately free up space on Mac, locating and removing the Apple Music cache can help.

Here’s how to delete the Apple Music cache in the macOS Music app or iTunes on Mac and Windows PC. We will also show you the steps for iPhone and iPad. 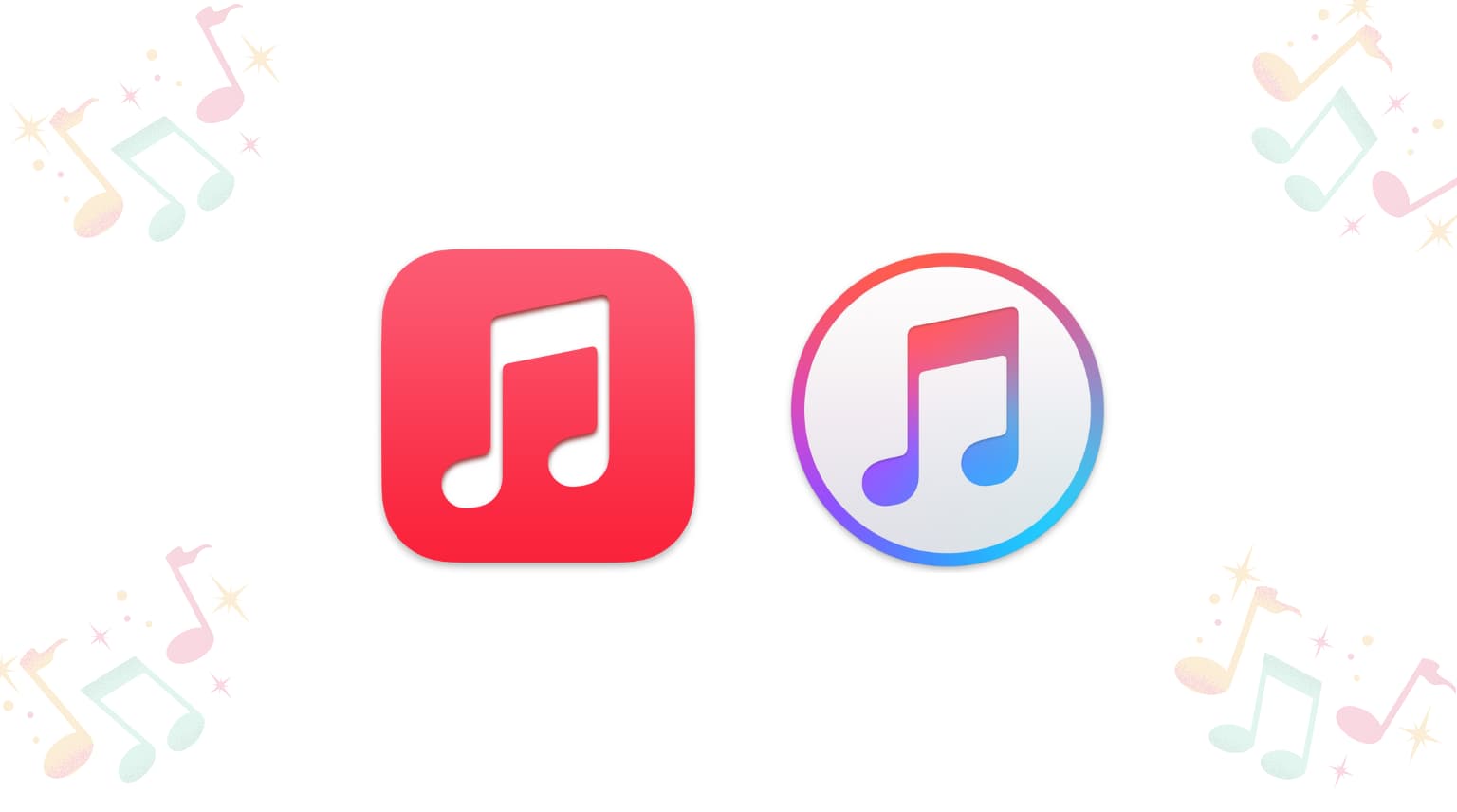 About Apple Music cache in the Music app and iTunes

Music app (on macOS Catalina or later) and iTunes (on macOS Mojave or earlier and Windows PC) use caches to store streamed Apple Music songs, ensuring you don’t necessarily waste your bandwidth and time when playing these tracks again.

Apple’s implementation of streaming requires songs to be fully downloaded. Music app and iTunes also store other related data in the cache, like album artwork for both the songs you stream and any recommendations that appear in the app.

Cached data is saved in a pair of sub-folders inside the cache folder:

You can safely delete both folders to reclaim storage space without losing anything important. When you delete the folders, the Music app or iTunes simply recreates them the next time you launch it.

2) As per your situation, copy the folder address, paste it in the Go to Folder box, and press the enter key:

3) Select the fsCachedData and SubscriptionPlayCache folders, right-click on their names, and select Move to Trash to delete them.

4) Empty the Trash or Recycle Bin to delete them permanently. 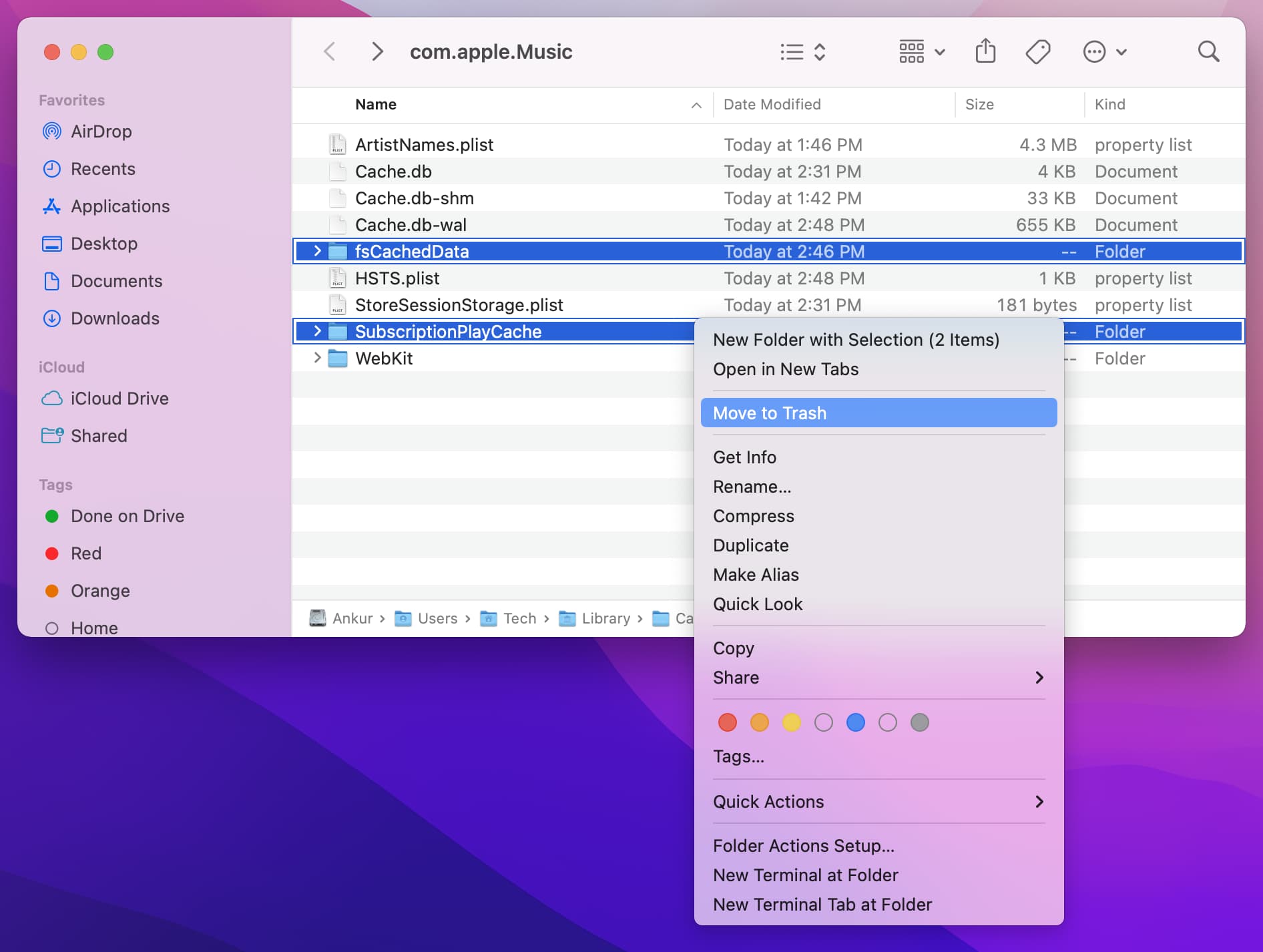 And that’s it, folks!

If you’re an Apple Music subscriber, you’ve just freed up anywhere between a few megabytes to one or more gigabytes of storage space which is typically taken up by Music or iTunes caches, depending on the number of songs you’ve streamed and recommended items you’ve checked out.

Don’t worry; the next time you launch the Music app or iTunes, it’ll recreate the two deleted folders so it can start caching album artwork and other data from scratch.

Please don’t touch any of the other files or sub-folders you see in the cache folder, as some of them are needed for the Music app and iTunes to work properly.

Note: When you open the Music app > press Command + (,) > Advanced > Reset Cache, it resets the cache for the Music Store.

Wondering about clearing the Apple Music cache on iOS?

Go to iPhone Settings > Music and turn off Sync Library. Now, wait a few minutes to give iOS a chance to reclaim storage space consumed by the caches, then turn on Sync Library again.

Finally, one last solution is to delete the Music app. To do that, press the Music app icon from the Home Screen > Remove App > Delete App > Delete. This will remove all purchased and synced music from this device. If you only stream songs, this action won’t affect you much. But I won’t recommend you do this if you have previously synced or downloaded songs. Instead, I would ask you to use one of the several other ways to free space on your iPhone!