Twitter for iPhone and iPad, a free download from the App Store, now supports rich notifications on iOS 10 that come complete with embedded images and the usual options for interacting with tweets without having to open the app.

Pressing a rich Twitter notification on the Lock screen or in the Notification Center with 3D Touch pulls up an expanded view of the tweet with an enlarged image thumbnail, along with the usual options such as Like and Retweet.

For instance, apps like Netatmo Security can embed live footage from your connected security camera or live streams of games via the MLB at Bat app, right within a rich notification. 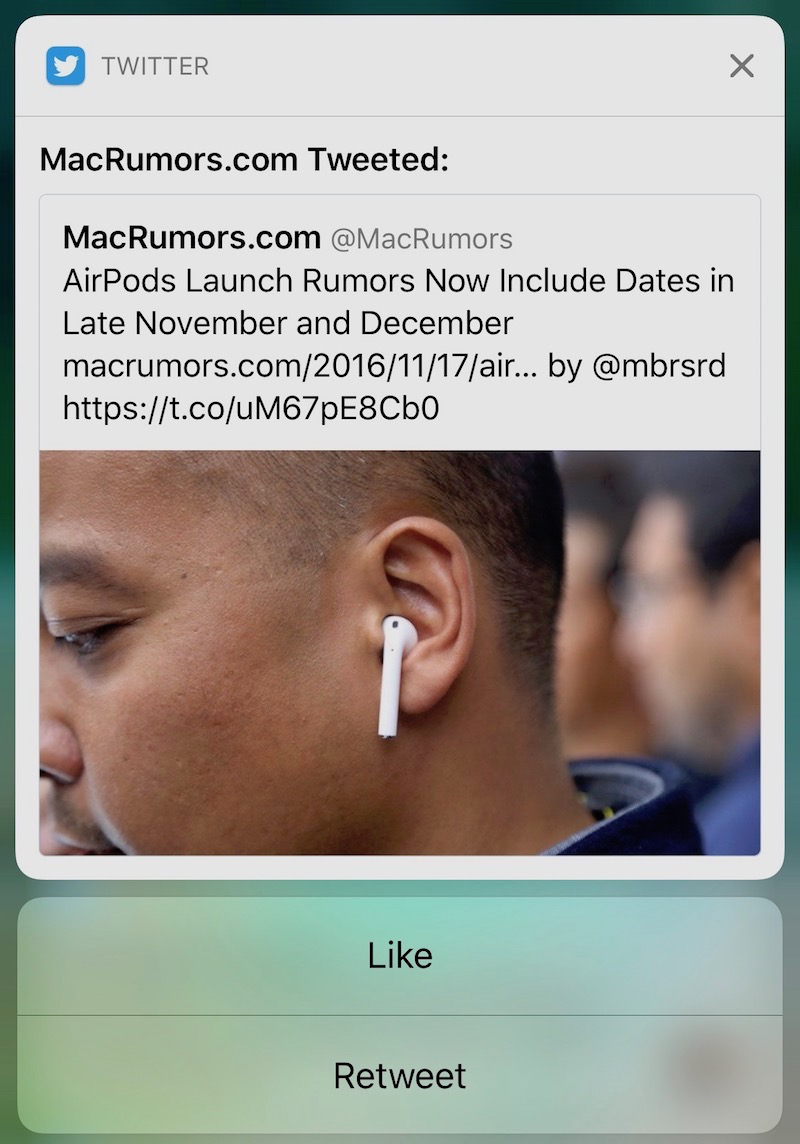 In addition to rich notification support on iOS 10 devices, Twitter 6.66.1 for iPhone, iPad and iPod touch also fixed a bug to stop showing duplicate ”in-reply-to” in each tweet.

Earlier this week, Twitter began rolling out an expanded Mute filter and a more direct way to report hateful conduct.

Grab Twitter for iOS free from the App Store.