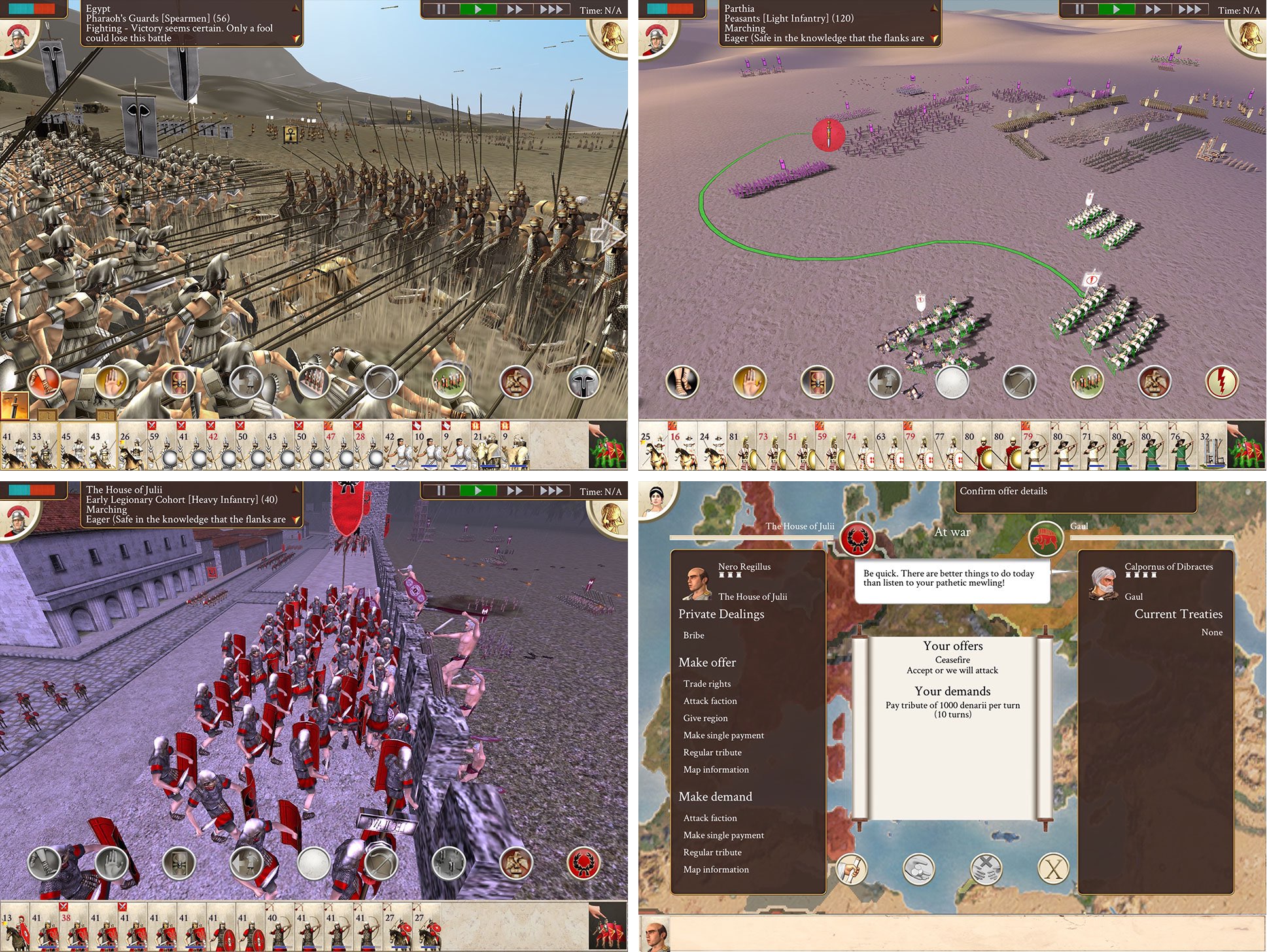 As promised, the iconic PC strategy game ROME: Total War today launched on the iPad as a $9.99 download from the App Store. Yes, you can now enjoy the grandeur, glory and brutality of Ancient Rome on your Apple tablet.

The game contains no IAPs and was ported to the iPad by Feral Interactive. Originally developed for PCs by The Creative Assembly and released in 2004 by Activision, it’s one of the best reviewed strategy titles of all time.

The textures have been refreshed with high-resolution Retina graphics support, with the game’s graphics engine capable of rendering rich 3D battlefields with thousands of units on the screen, from tight formations of swordsmen to sweeping lines of chariots.

Thanks to expanded use of touch controls throughout the game, you can easily select multiple units by lassoing them with your finger, use the pinch gesture to zoom in and out of the battlefield and more.

“Our aim has been to bring it to a new and very different platform without compromising its enormous content, superb gameplay or strategic depth. Working closely with Creative Assembly, I believe we have done that and am confident that Total War veterans and novices alike will enjoy the result.”

This is a graphics-intensive game that requires an iPad Air or later, iPad mini 2 or later or an iPad Pro with at least four gigabytes of free storage space.

If you prefer playing strategy games on your desktop, ROME: Total War—Gold Edition for Mac is available in the Mac App Store for $19.99.