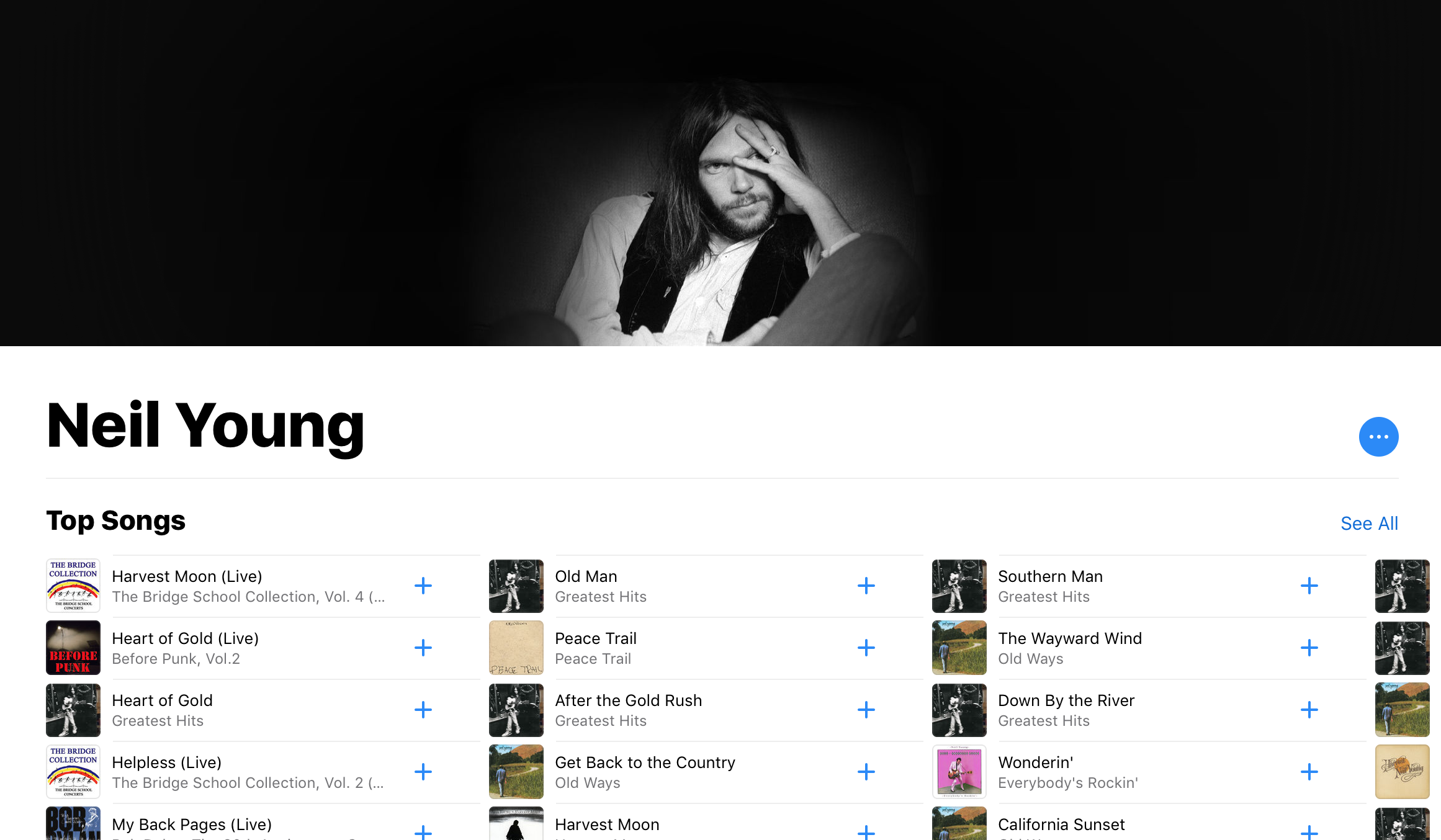 Neil Young’s full back catalogue has returned to Apple Music, Spotify and other streaming services, reports Music Ally. Young had removed his music from all streaming services back in July of 2015, telling fans it wasn’t about the money, but rather the sound quality. “I don’t need my music to be devalued by the worst quality in the history of broadcasting or any other form of distribution.”

Young went on to launch his own downloads store and music-playing hardware under the Pono brand. He then decided to return to streaming music in April of this year, adding his catalogue to Jay-Z’s Hi-Fi Tidal service. The popular Canadian folk singer hasn’t said anything regarding his decision to add his music back to the other services, but if you’re a fan, the why probably doesn’t matter.