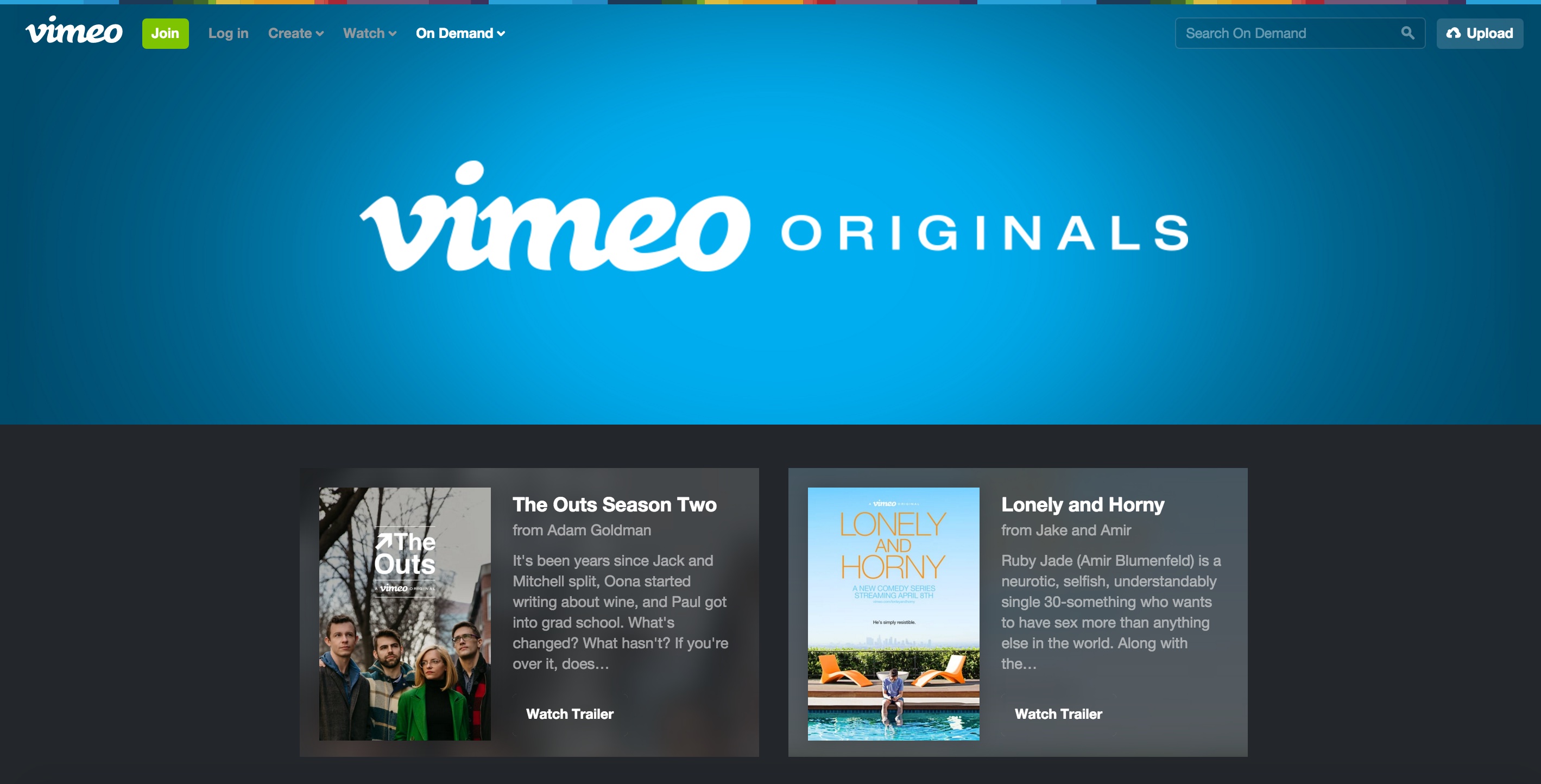 Video wars are heating up with news that Vimeo is readying a consumer-facing subscription video service (not to be confused with its Plus, Pro and Business tiers for content creators). The firm prepared for the move months ago by buying VHX, a platform for over-the-top subscription video.

Vimeo, owned by IAC, broke news of its upcoming service on Wednesday as part of its earnings report.

Vimeo has already spawned a community and marketplace that is producing valuable content, attracting a massive audience and getting consumers to open their wallets.

Now we need to fuel this system with marketing, programming acumen, product innovation and the raw energy and unbridled ambition of a disrupting start up to take a share of the $500 billion TV and film market.

Vimeo may not need to start from scratch to get the forthcoming service hit the ground running. For starters, Vimeo is a place for passionate filmmakers and video enthusiasts so it has a rich library of premium videos from some of the world’s best content creators, as part of its Vimeo Originals initiative.

One of its web series, “High Maintenance,” was also picked up by HBO, and three out of four Oscar nominees for shorts are from directors on Vimeo. It also received its first Emmy nomination this year for “Garfunkel and Oates: Trying to be Special,” one of its own Originals.

These shows, along with several other premium documentaries, concerts and specials, were directly funded by Vimeo. In case you were wondering, Vimeo has 115 million videos in its library and claims more than a billion monthly video views.

The service has 240 million monthly viewers, 24 million of which watch three or more videos on the service each month. According to Levin, “millions” of people have already bought content from Vimeo creators.

It’s unclear if Vimeo can convince folks who subscribe to HBO NOW, Netflix, Hulu, Amazon and other over-the-top video services to purchase a Vimeo subscription.

Google’s YouTube has tried just that with a premium $9.99 per month subscription service called YouTube Red, but it currently has only 1.5 million subscribers of which one million are still on trials, according to a recent report from The Verge.

“Vimeo may not face the same resistance, though, because it has already established itself as a place to pay for content,” TechCrunch’s Sarah Perez opines.

Vimeo is a video-sharing service that hosts mostly high-resolution videos, independent documentaries, longer-form clips and short films. Apple has supported Vimeo users for a few years now with built-in support for Vimeo accounts and rich sharing to Vimeo from a Mac, iPhone, iPad and iPod touch.