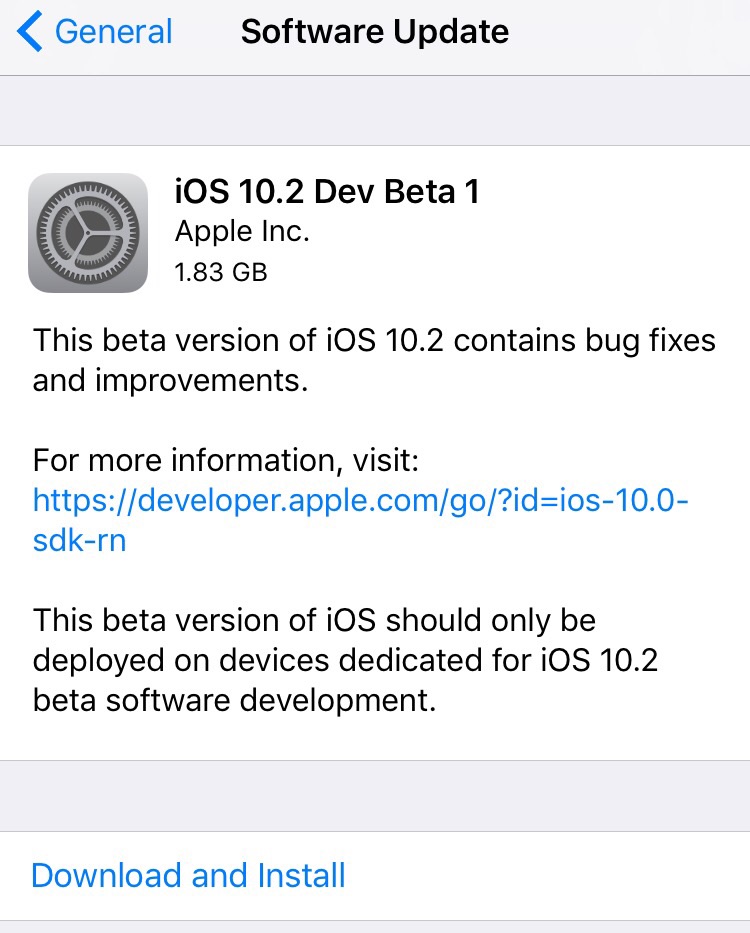 Apple on Monday seeded the first iOS 10.2 beta to developers. Folks enrolled in Apple’s developer program can install the update via the over-the-air mechanism in the Settings app, or from the dev center.

The move comes one week after 10.1 was released to the public, and just hours after Apple rolled out iOS 10.1.1 with bug fixes for Health data. It appears 10.2 will also bring about bug fixes and improvements.

We are installing the new beta now, and will update this post if we come across any significant changes. And as always if you see something notable we haven’t mentioned, let us know in the comments below!

Update: Here is a list of the new user-facing stuff found in iOS 10.2 thus far: