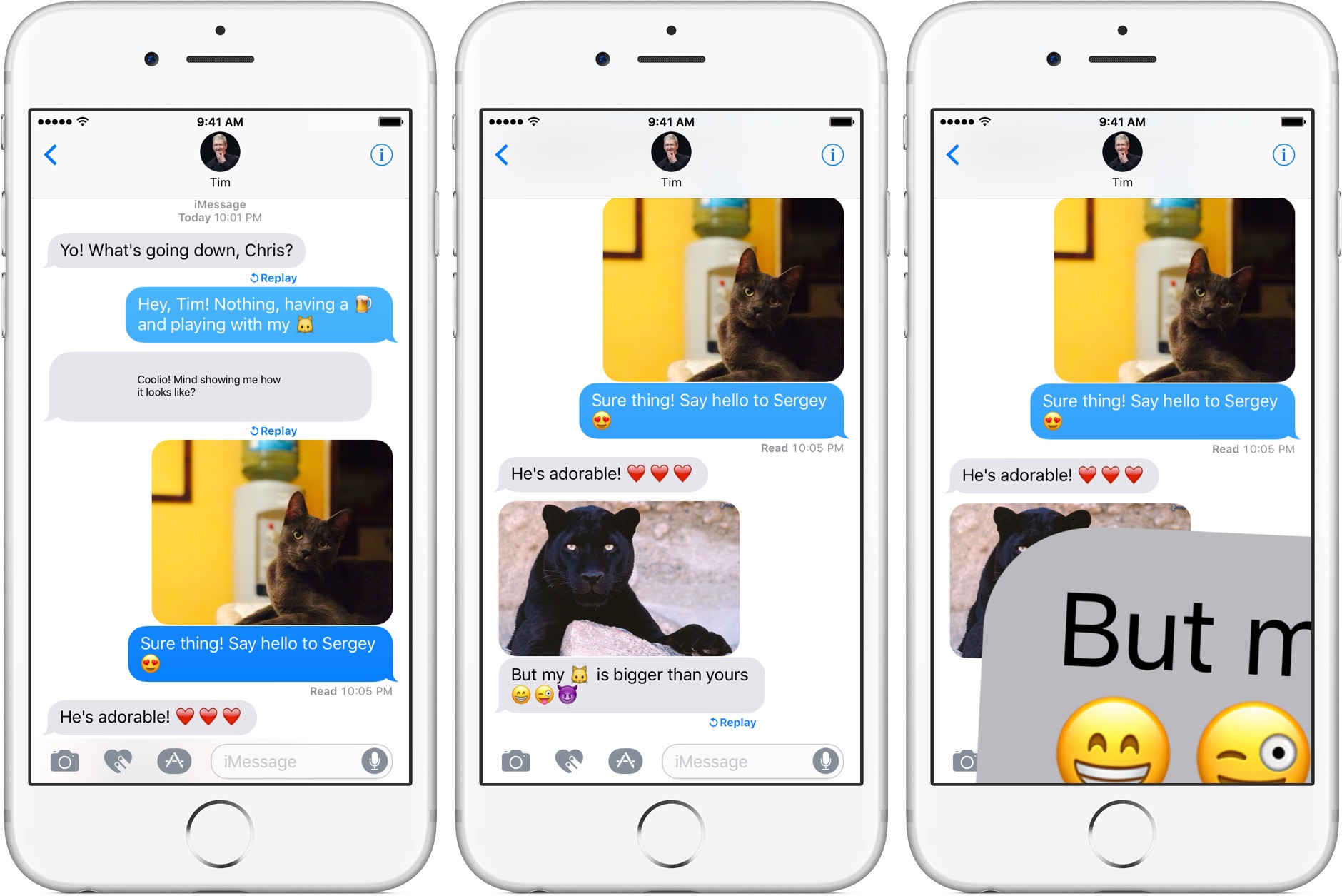 The Messages app for the iPhone, iPad and iPod touch has gained a number of new features in iOS 10 that allow users to better express themselves with things like stickers, reactions, iMessage Apps, animated expressions, Digital Touch, bubble and screen effects and much more.

Initially, a message sent with an effect would animate once after the user opened it. In iOS 10.1, Apple’s added a new option to replay bubble and screen effects anywhere in conversations with a tap.

How to replay bubble and screen effects in iOS Messages

1) Launch Messages and tap a conversation in the list which contains previously received messages that were sent with bubble or screen effects.

2) In the conversation, scroll up or down until you reach a message with a bubble and screen effect, then tap the blue Replay link below it to experience that animation again. 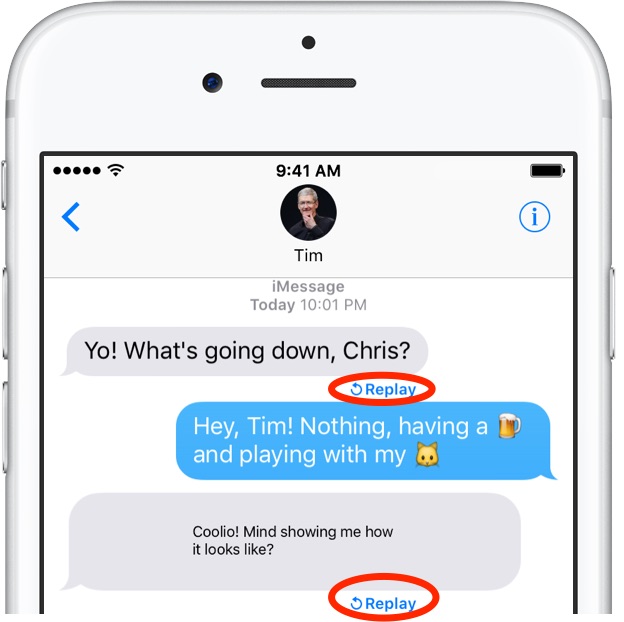 Other user-facing changes in iOS 10.1 include a new depth of field mode in the stock Camera app on the iPhone 7 Plus, called Portrait, the ability to play Messages animations with Reduce Motion enabled and a bunch of bug fixes.

If you like this write-up, please share it on social media. You can submit your own ideas for future tutorial coverage at tips@iDownloadBlog.com.