Apple’s expressive Messages app for the iPhone, iPad, and iPod touch allows you to change the way the message bubbles look and deliver your chats across in an impactful way with animations that take over the entire Messages screen.

Messages offer four built-in effects to animate the bubbles with different expressions and eight full-screen animations. Here’s how you can use these animated effects to deliver your chats in style. 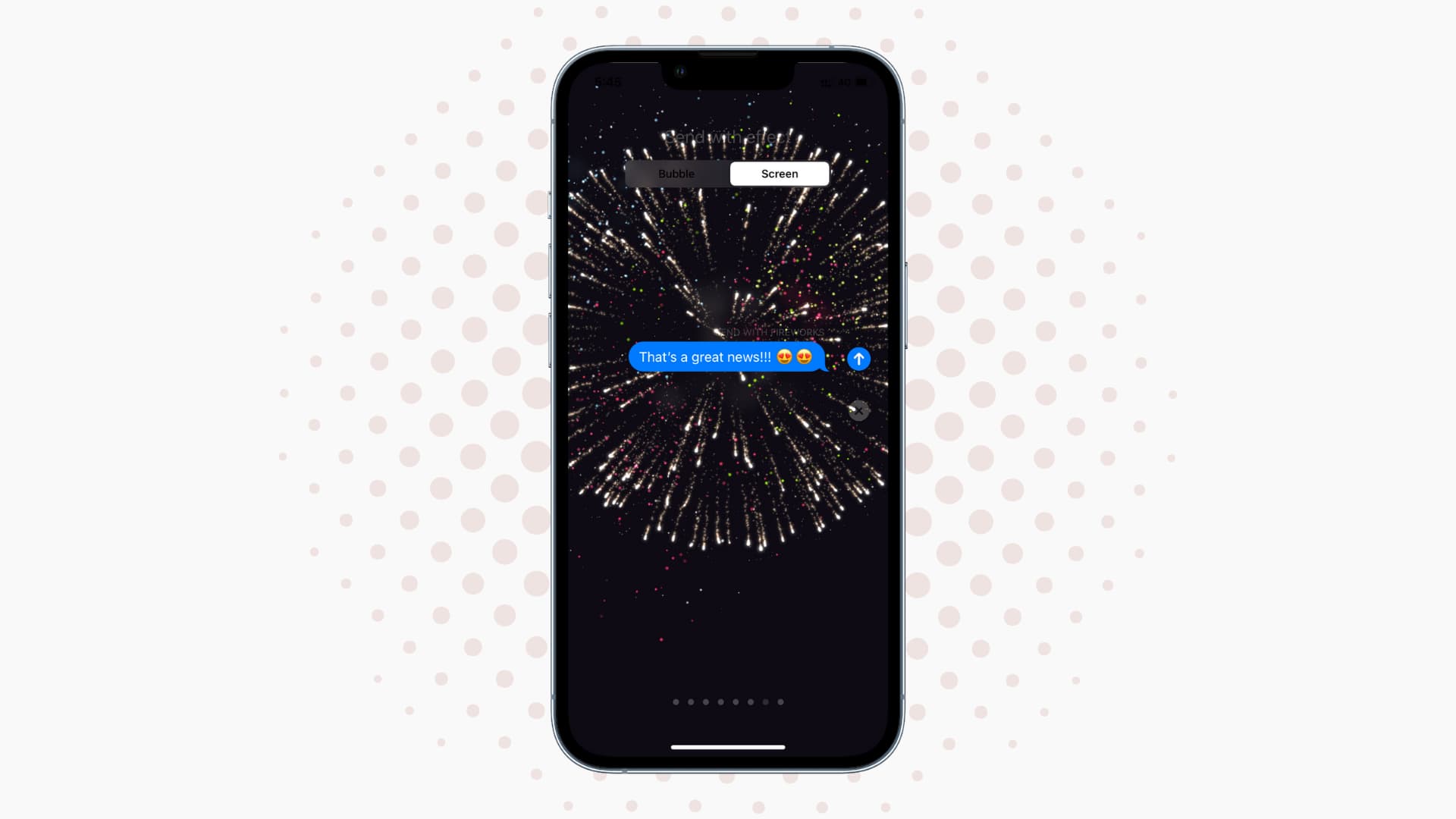 Bubble and screen effects in Messages require an iPhone, iPod touch, or iPad with a 64-bit processor and iOS 10 or later. Every iPhone from the iPhone 5s onward has these chips, as well as the iPad Air and later and iPad mini 3 and later.

All bubble and screen effects animate on any Apple Watch with watchOS 3 or later. Earlier, screen and bubble effects didn’t use to animate (with the exception of Invisible Ink) on Mac. However, with macOS Big Sur and later, you can also use message effects on Mac.

Screen and bubble effects sent as part of MMS or SMS messages do not animate. Non-iMessage users see a description of the effect in parenthesis (i.e., ”Sent with Balloons,” “Sent with Slam,” and so forth). 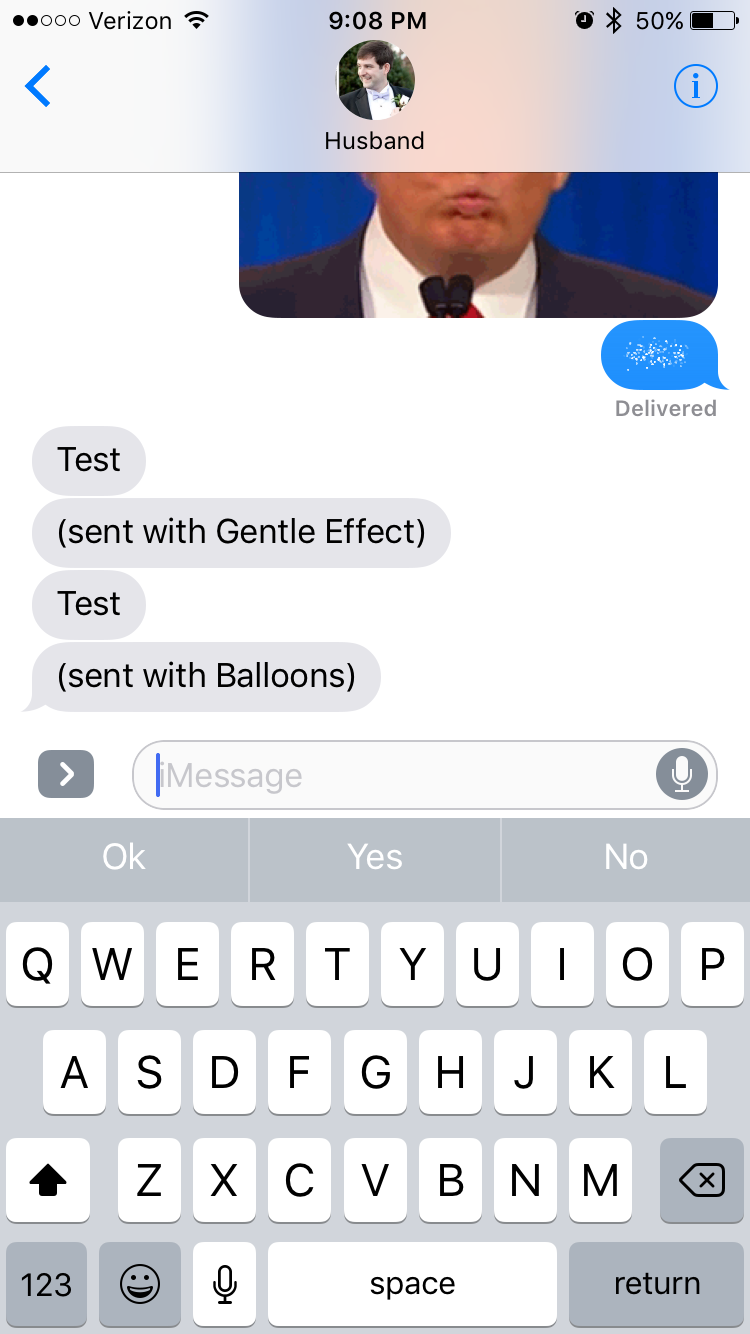 How to use bubble effects in Messages on iPhone and iPad

1) After you have typed a message, tap and hold the blue Send button to bring up a “Send with effect” overlay. From here, tap the Bubble tab to access chat bubble animations.

You have the following bubble effects at your disposal:

2) Tap the dot next to any bubble animation to preview it.

3) To send your message with the selected bubble effect, tap the Send button. Messages on the recipient’s end animate the chat bubble appropriately. 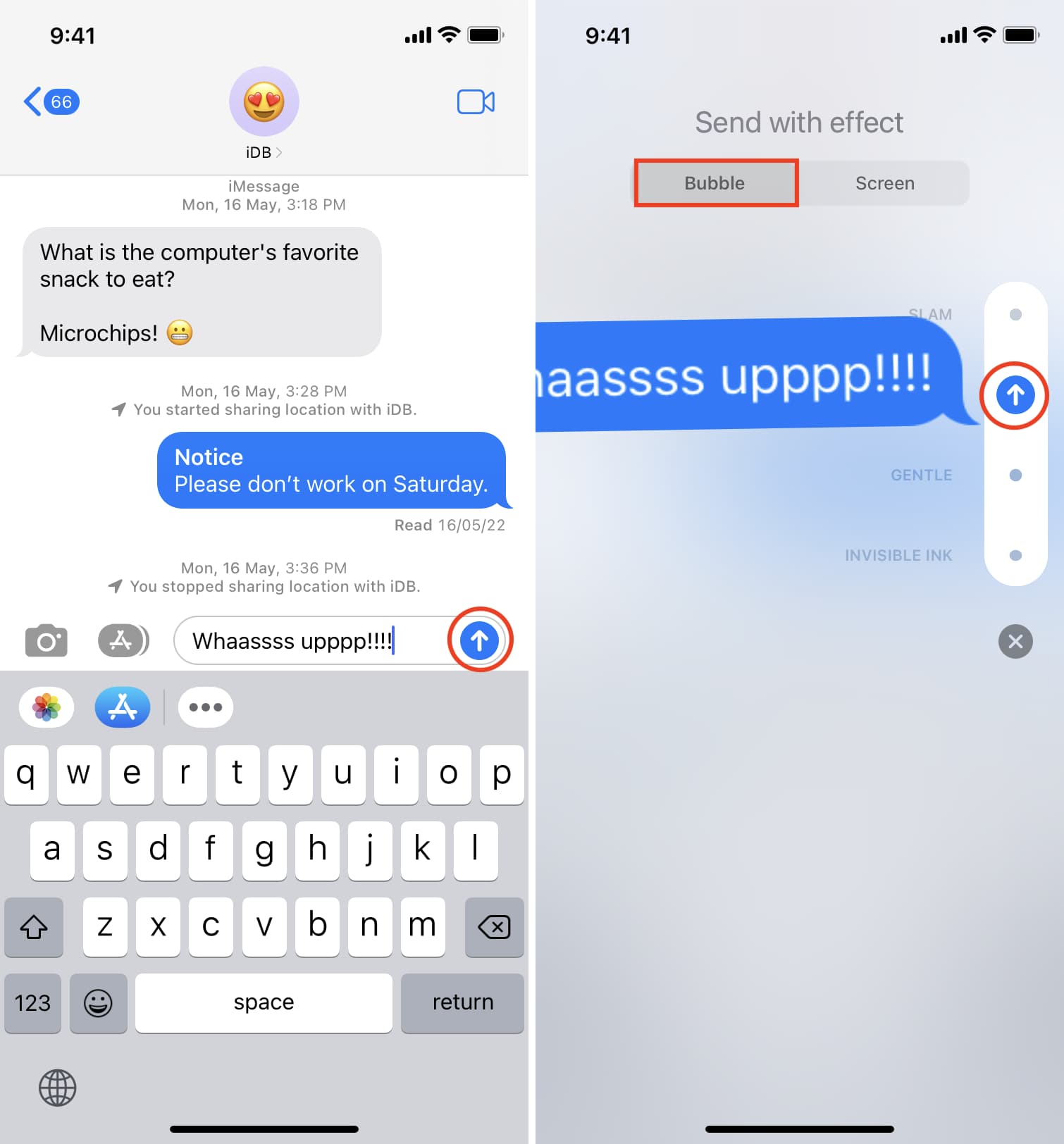 To cancel the effect and return to the message, tap the “x” sign. Keep in mind that Messages bubble effects work with both plain text messages and photo attachments.

How to use screen effects in Messages

1) Type a message, then tap and hold the Send button to pull up the Messages effects overlay. Now hit the Screen tab to show the available fullscreen effects.

The following screen effects are built into Messages:

2) Swipe left or right to preview the built-in screen effects.

3) Hit the Send button to send your message with the selected fullscreen animation. 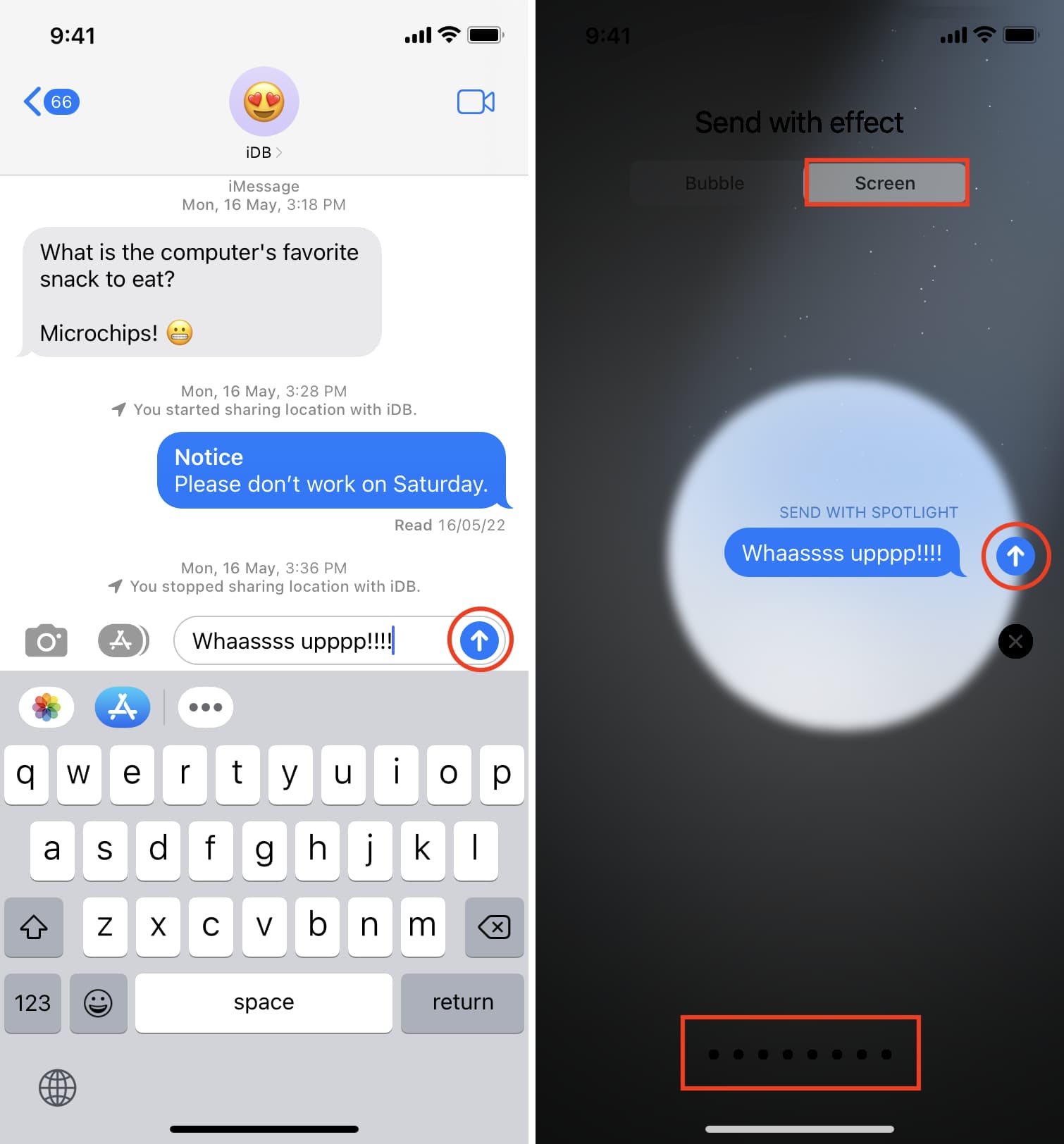 Message on the recipient’s end fills the entire screen with the chosen effect.

Getting to Messages effects screen with 3D Touch

If you have a device with 3D Touch, you can get to the Messages effects screen faster by pressing instead of tapping and holding the Send button. Another shortcut: continue pressing on the effects preview screen while sliding your finger vertically across the effects to preview each without having to tap it.

Messages effects on the Lock Screen

It’s particularly awesome that bubble and screen effects normally play in iOS’s rich notifications. Say you received an animated message while on the Lock Screen, and the device is locked: the notification won’t include a message preview for security reasons, but you’ll see a description of the animation.

But as soon as you unlock the device and interact with the notification, the bubble/screen effect will play right inside the Quick Reply overlay, even on the Lock Screen.

Unfortunately, this feature cannot be disabled.

If you don’t like Message animations, turn off Auto-Play Message Effects in Settings > Accessibility > Motion.

Are these eye-candy effects just a passing fad or something that you may use from time to time? And if so, what’s your favorite bubble/screen animation, and why?

Other tips for the Messages app: