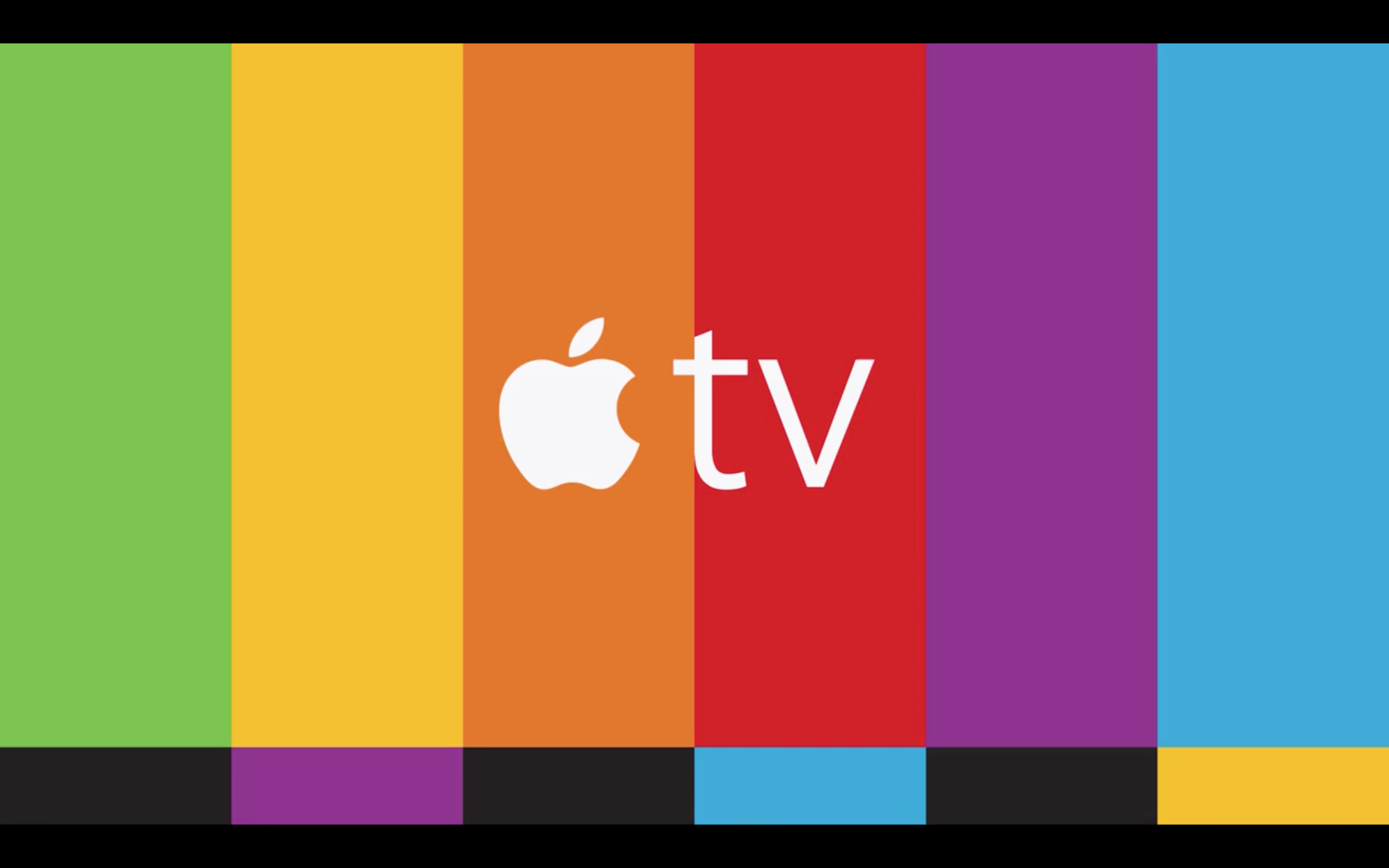 With it, you can quickly pop into a live news broadcast on CNN or a live game on ESPN without manually launching apps or navigating menus.

In other words, Live Tune-In makes your Apple TV behave more like a conventional TV. Telling Siri to go to a live channel couldn’t be easier, as this quick tutorial attests.

In order to use Live Tune-In with a compatible live-streaming app, you must already be subscribed to the service in question. As you can see on the screenshot below, tvOS 9.2’s “What’s New” splash screen promoted Live Tune-In. 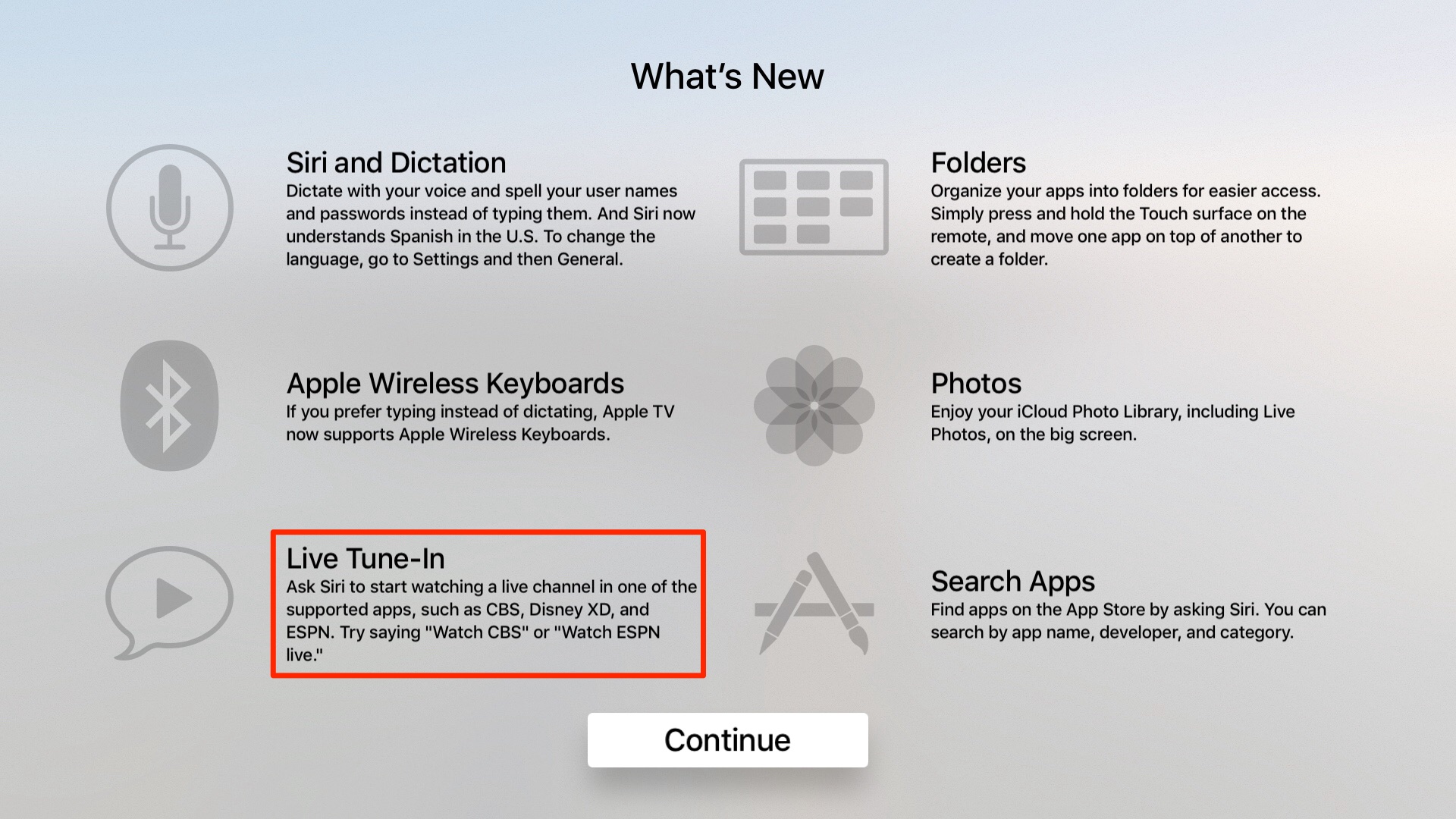 Live Tune-In is available in the United States only.

Readers who don’t live in U.S. may be able to use Live Tune-In if they’re logged in to the tvOS App Store with a U.S. account and set regional settings on their Apple TV to “United States” and Siri settings to “English (United States”).

How does Live Tune-In work?

A tvOS app that offers 24/7 streams based on HTTP Live Streaming and FairPlay Streaming—regardless of whether they’re available for free to all users or with paid subscriptions—can optionally offer Live Tune-In functionality.

Assuming a developer has implemented support for Live Tune-In in their app, a user can invoke Siri and simply say aloud what channel they’d like to watch live.

How to use Live Tune-In

This is how you can jump straight into the live TV feeds of select apps.

1) Press and hold the Siri button on your Siri Remote or tap the Siri icon in the Apple TV Remote app on your iOS device, then say: “Watch [APP NAME] live”.

For example, if you have CBS app on your device you would simply say “Watch CBS live” to start watching their live TV programming, as shown below. 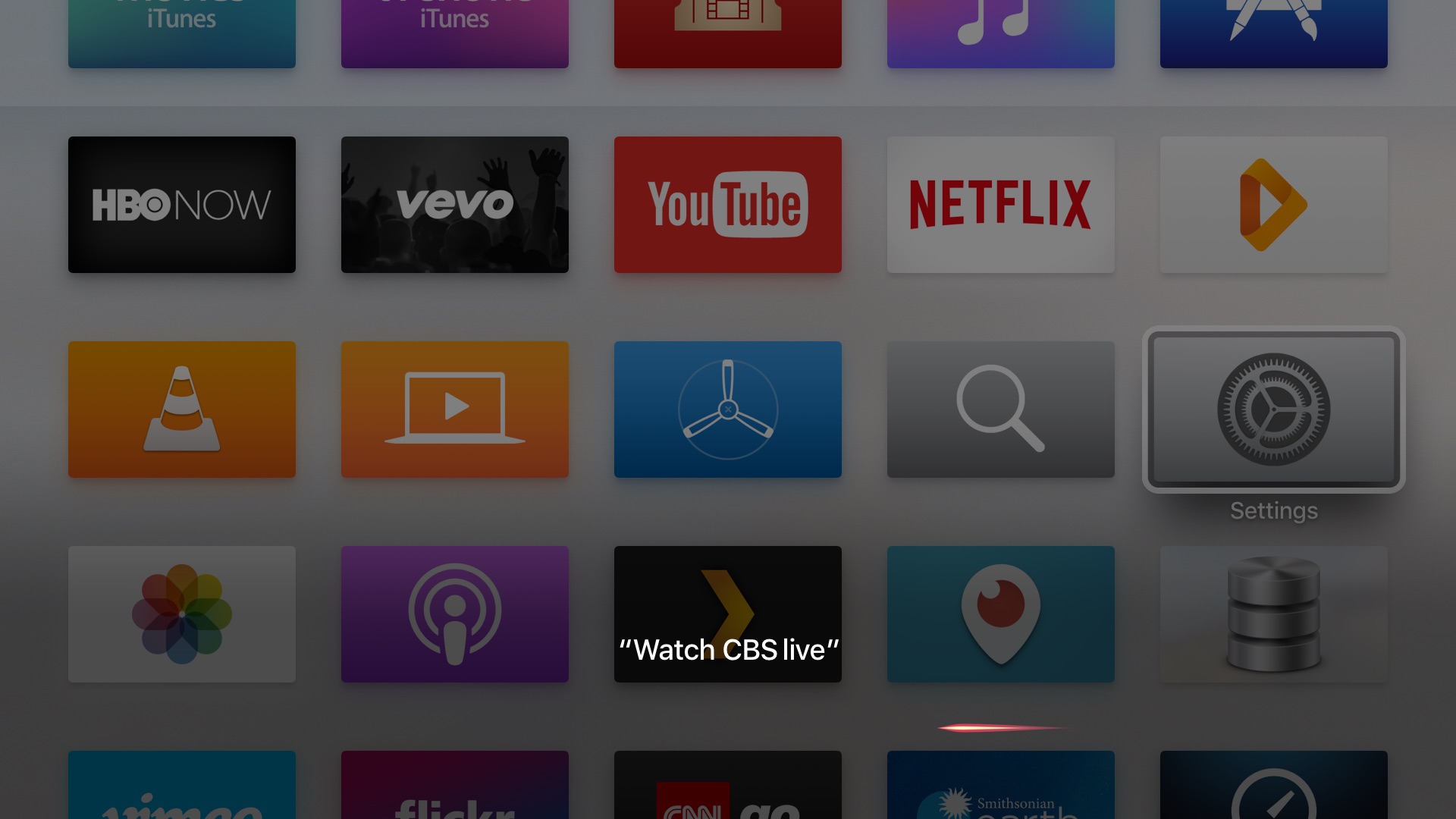 Or maybe you installed ESPN’s Apple TV app and wanted to jump straight to their live feed? In that case, you’d tell Siri that you wanted to “Watch ESPN live”.

To confirm that the video currently being watched is a live broadcast, swipe down on the Siri Remote’s Touch surface to reveal a menu at the top, then highlight the Info option. 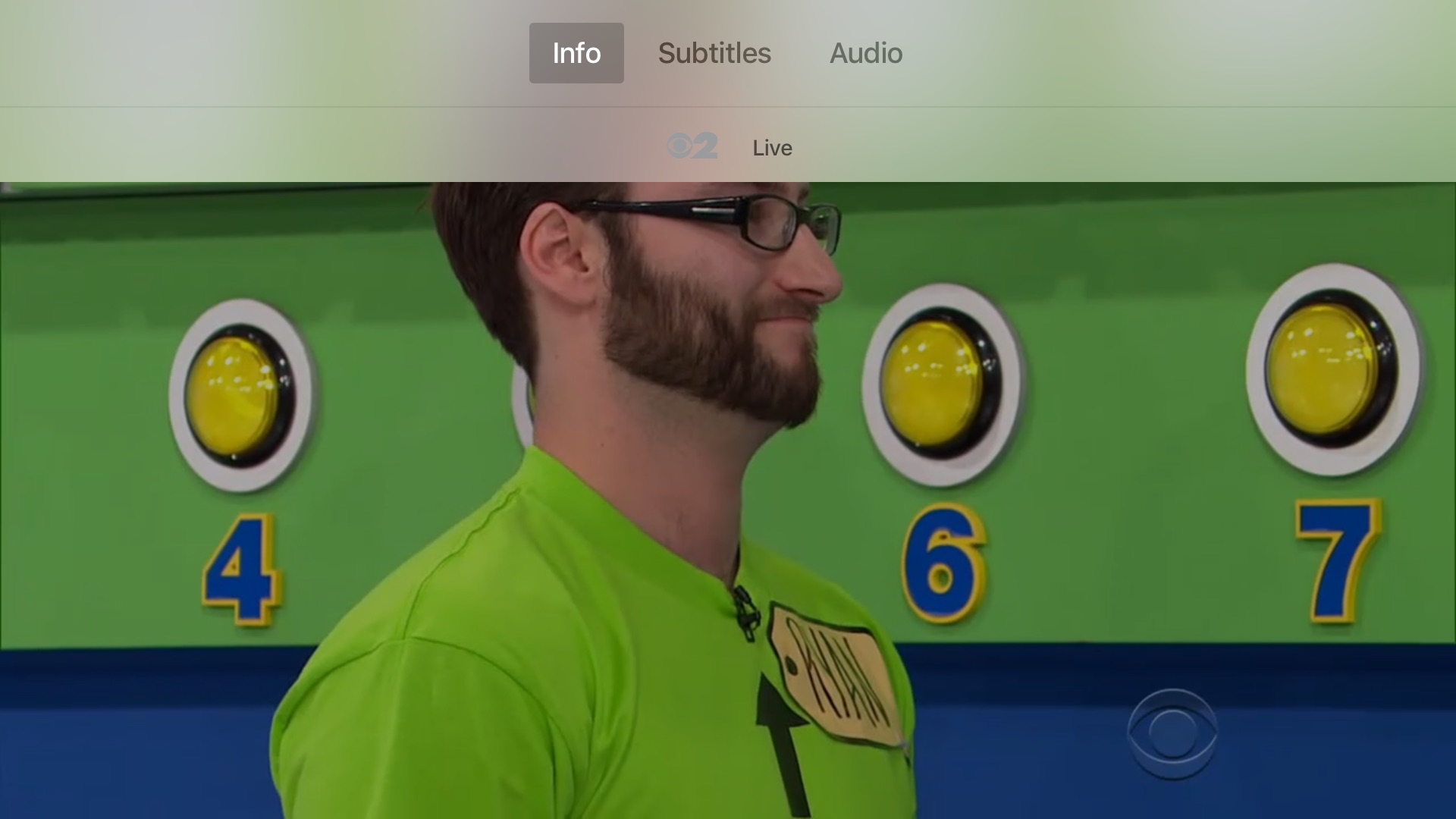 You should see “Live” in the menu if the video is a live broadcast.

At the time of this writing, the following apps supported Live Tune-In:

Apple maintains a regularly refreshed list of Live Tune-In-compatible apps for the fourth-generation Apple TV in a support document on its website.

Keep in mind that in most cases live-streaming of premium video content requires signing in with your cable or satellite credentials, with the exception of services that offer online-only subscriptions, such as HBO NOW.

Signing into multiple apps or authenticating by typing an alphanumeric code into a browser will soon become a thing of the past thanks to another Apple TV feature.

With it, you’ll manage access credentials for video-streaming apps in one central location to have tvOS automatically sign you into apps that support Single Sign-On.

The interface will display a list of Single Sign-On apps based on your saved credentials and the tvOS App Store will promote and highlight them as well. Single Sign-On will be coming to the iPhone, iPad and iPod touch in a future update, Apple has confirmed.

Meet us in comments

Have you used Live Tune-In yet?

If so, what did you think of it? I use it with CNN Go and CBS All Access on a daily basis and boy does a simple option like this make a difference: with Live Tune-In, the Apple TV feels more like a conventional TV more than it ever has in the past.

I’m also looking forward to Single Sign-On because typing my credentials into apps like HBO NOW and Netflix over and over again really annoys me.