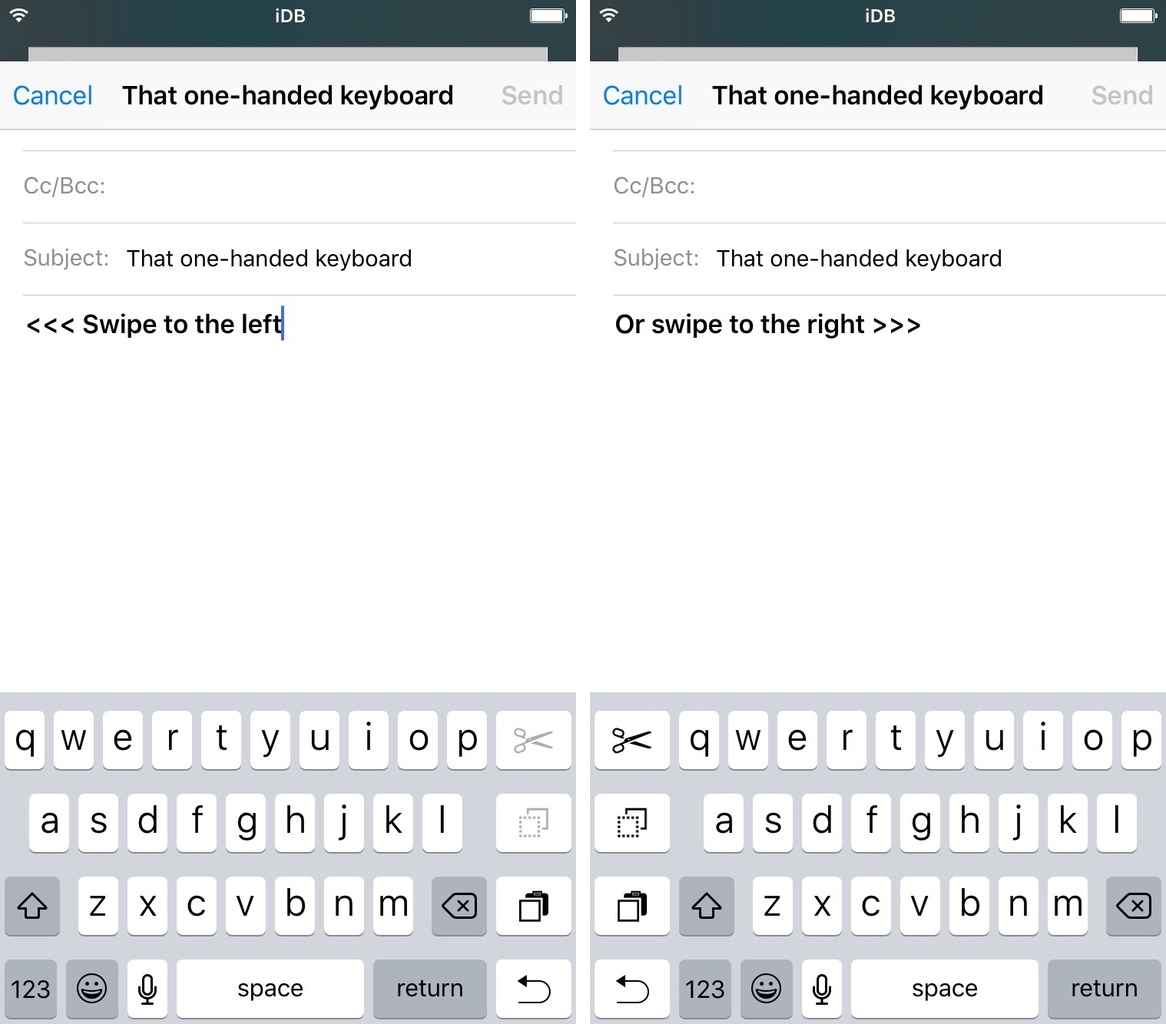 OneHanded is a new free jailbreak tweak that enables the recently dicovered one-handed keyboard, which includes the extra text editing buttons in the keyboard itself.

It’s designed to work on iPhones with larger displays, and if you have trouble typing on these kinds of devices without using two hands, then this tweak might be worth trying out.

Whether you have an iPhone with a 4.7 or 5.5-inch display, this tweak lets you swipe left or right on the keyboard itself to shrink the keys down to size. Depending on the direction you swipe, the text editing buttons appear on the opposing side.

The editing features on the keyboard include dedicated select, cut, paste, and undo buttons among other things. These are probably familiar to you if you have a 5.5-inch iPhone and use the landscape keyboard at all.

The text keyboard itself has keys that are about the same size as those on the keyboard of any iPhone 5, 5s, or SE and if you’re using one hand to type on your larger handset, this means you don’t have to over stretch your thumb to reach the upper most keys and risk dropping your handset due to poor grip.

As we reported just this week, well known iOS developer and hacker Steve Troughton-Smith was the first to alert the community of this incredible feature.

It’s disabled by default on stock iPhones, probably because it’s still going through internal development and testing phases at apple, but it has been present for a couple generations of iOS now. The findings reveal Apple may be working on a way to make typing easier on larger devices, but hasn’t gotten to publicly releasing it just yet.

These kinds of internal features, which Apple leaves disabled until a later date or iOS release, aren’t totally uncommon, but one of the things jailbreak developers like to do is bring these kinds features to the jailbreak community early.

If you want to download and try OneHanded on your jailbroken iPhone, it’s available for free right now in Cydia’s BigBoss repository and works on iOS 9 devices.

There are no options to configure, but keep in mind that you can only use this tweak on iPhones with 4.7 or 5.5-inch displays. Trying to use it on smaller iPhones will yield a crash.