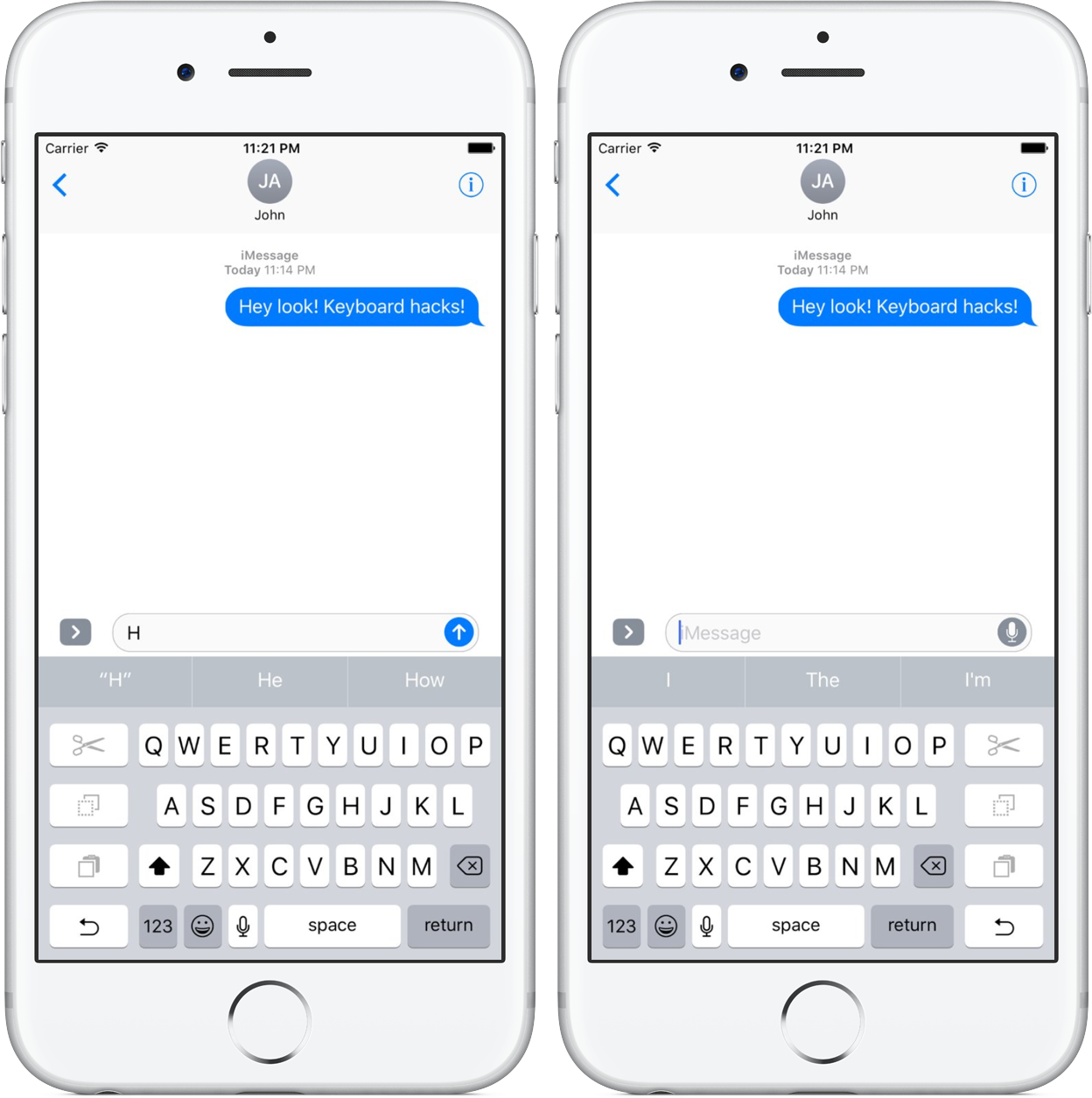 Last night, developer Steven Troughton-Smith discovered within iOS code a previously unknown one-handed iPhone keyboard. The unused keyboard is not exposed to users. It has left and right mode, invoked by an edge swipe on the keys, and has been present since at least iOS 8, Troughton-Smith said. Will Apple ever enable it for users?

“UIKit is so big that something like a one-handed keyboard can go unnoticed for three OS releases,” he wrote.

If you’re thinking about using a tool like iBackupBot to modify the appropriate plist file inside an iTunes backup file in order to trigger the keyboard on your device, save yourself some time and don’t do it.

That’s because, as Troughton-Smith states, you cannot enable this feature without hacking iOS code directly, which would require a jailbreak. You would need to hack the iOS Simulator itself to play with the keyboard, which is precisely what he’s done.

As a proof, he tweeted out a video showing the keyboard in action inside the iOS Simulator, an official Apple tool for previewing iOS apps on the Mac without needing to side-load app binary to an iPhone or iPad.

Video or it didn't happen: (very hard to engage in the Simulator with a mouse cursor) pic.twitter.com/vw2wpCgiLJ

It’d be great to have an official one-handed keyboard from Apple.

I think it’s a matter of ‘when’, not ‘if’, given the keyboard appears to be pretty feature-complete. It’s been present since at least iOS 8— coinciding with launch of Apple’s first bigger-screened iPhones three years ago.

Taking that into account, we could infer that Apple might have decided to scrap this special one-handed keyboard in favor of the Reachability feature, which made its debut on the iPhone 6 series.

Or maybe Apple is saving this for an ‘iPhone 8’ with edge-to-edge screen?