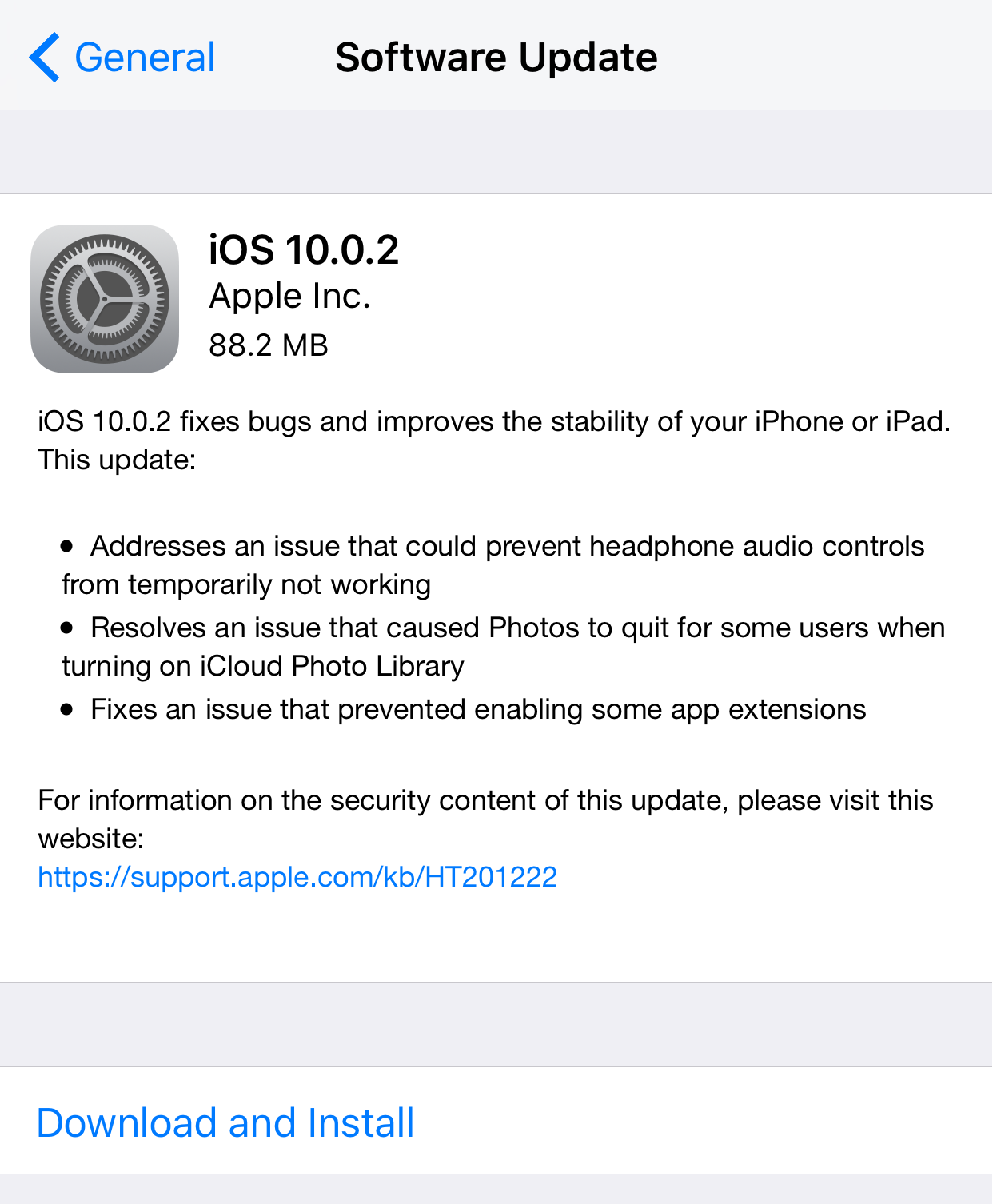 Apple has released a small update for compatible iPhones, iPod touches, and iPads on Friday dubbed iOS 10.0.2 that fixes a handful of small bugs introduced with the initial release of iOS 10.

iOS 10.0.2 is recommended for all users who just upgraded to iOS 10, however if you’re jailbroken, then you should obviously say far away as there isn’t a jailbreak available just yet for iOS 10.

This update fixes a bug related to headphone audio controls not working, a bug that could make the Photos app quit unexpectedly, and yet another bug that could prevent you from using some of your favorite app extensions.

The firmware file is available on our downloads page and you can update through both iTunes and the iOS over the air (OTA) updating service in Settings → General → Software Update.

iOS 10.0.2 can be installed on all of the following devices:

Did the update go smoothly for you? Let us know in the comments!