Starting with iOS 10, Apple is allowing a new type of applications in the App Store: apps that can detect and block spam phone calls from telemarketers, debt collectors, scammers, and automated systems. These apps act as an extension of the Phone application, and in theory, they can help you filter out those calls from people you don’t want to talk to.

In this post, we will have a look at how these applications work and how to use them.

CallKit and detection of spam calls

The new CallKit framework in iOS 10 allows developers to create app extensions that enable call blocking and/or caller identification. When such an extension is installed and enabled, your iPhone will check the phone number that is calling you against the app’s database of number that have been flagged as spam. If there is a match, meaning if a number calling you is a known offender, the app may block the call automatically.

Depending on the third-party app you have installed, you may be offered several options, such as filtering the call (your phone rings but a message indicates it is believed to be a spam call), or simply completely blocking the call so you aren’t even aware someone tried to call you in the first place.

There is more than one app for that

Just like there are more than one content blocker app for iOS, there are several apps that allow you to filter and block spam calls. However, because this is a brand new feature of iOS, there aren’t many available right now in the App Store.

What differs in these applications is their feature sets and the amount and accuracy of their directory of spam callers.

To date, I have only found a handful of these applications in the App Store.

At this point, it’s hard to judge which one is best, although CallBlock seems to offer more granular filtering options. For what it’s worth, I just received a spam call as I was typing this post, and Who Called didn’t know it was spam.

How to install a call blocker on your iPhone

1) The first step is obviously to download such an application in the App Store. You may try WhoCalls, Who Called or CallBlock (please do let me know if you find more apps). 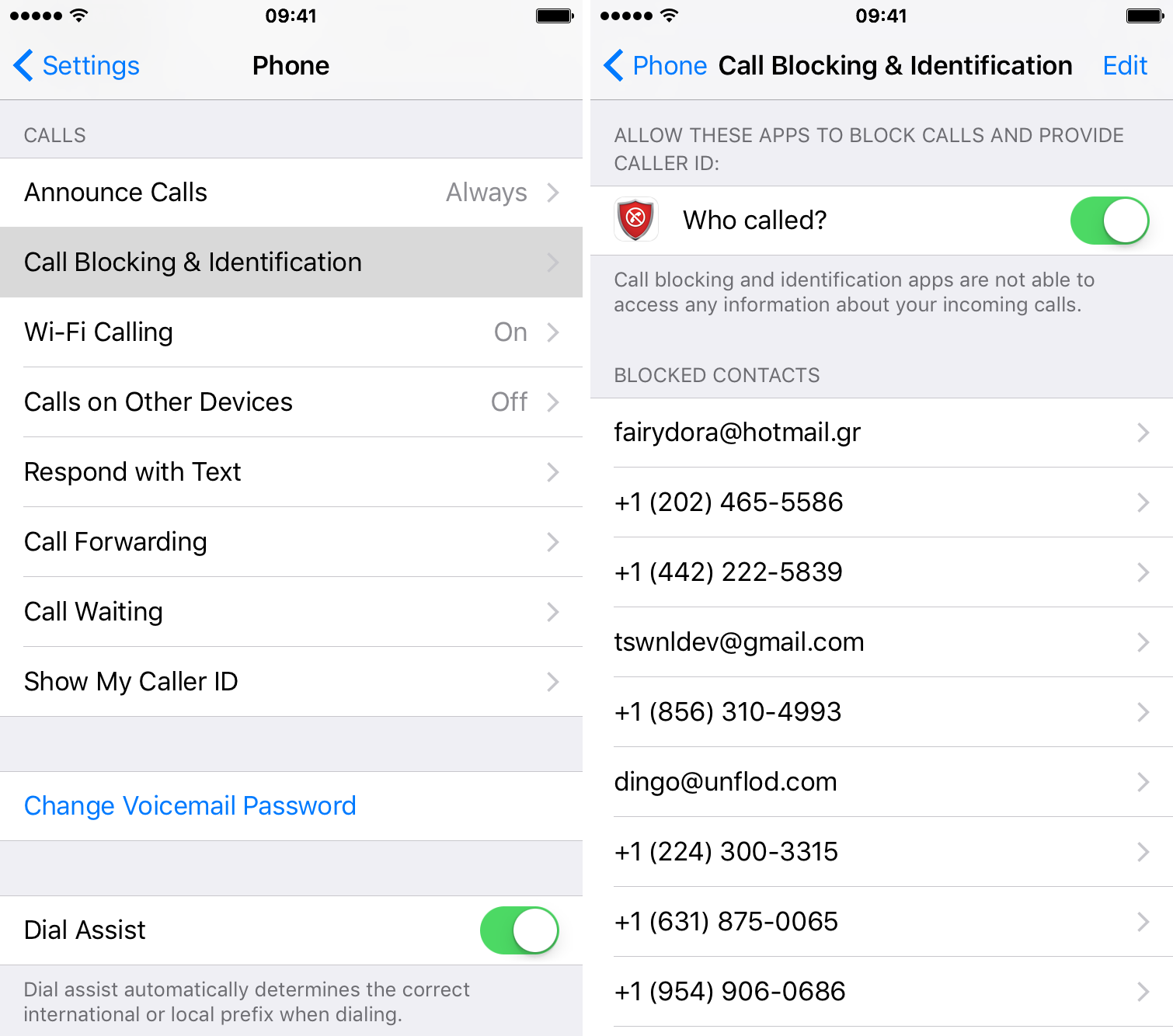 3) Turn on the toggle for the app(s) you have installed. Note that you may activate more than one at a time.

4) Go to the call blocking app to adjust its settings. As I mentioned before, these apps have different settings that can be tweaked to fit your needs. For example, I have set the Who Called app to show caller information, not block scam calls, and show info about non-spam calls. I decided to not block spam calls for the time being as I really want to assess how good this app is at recognizing spam calls. 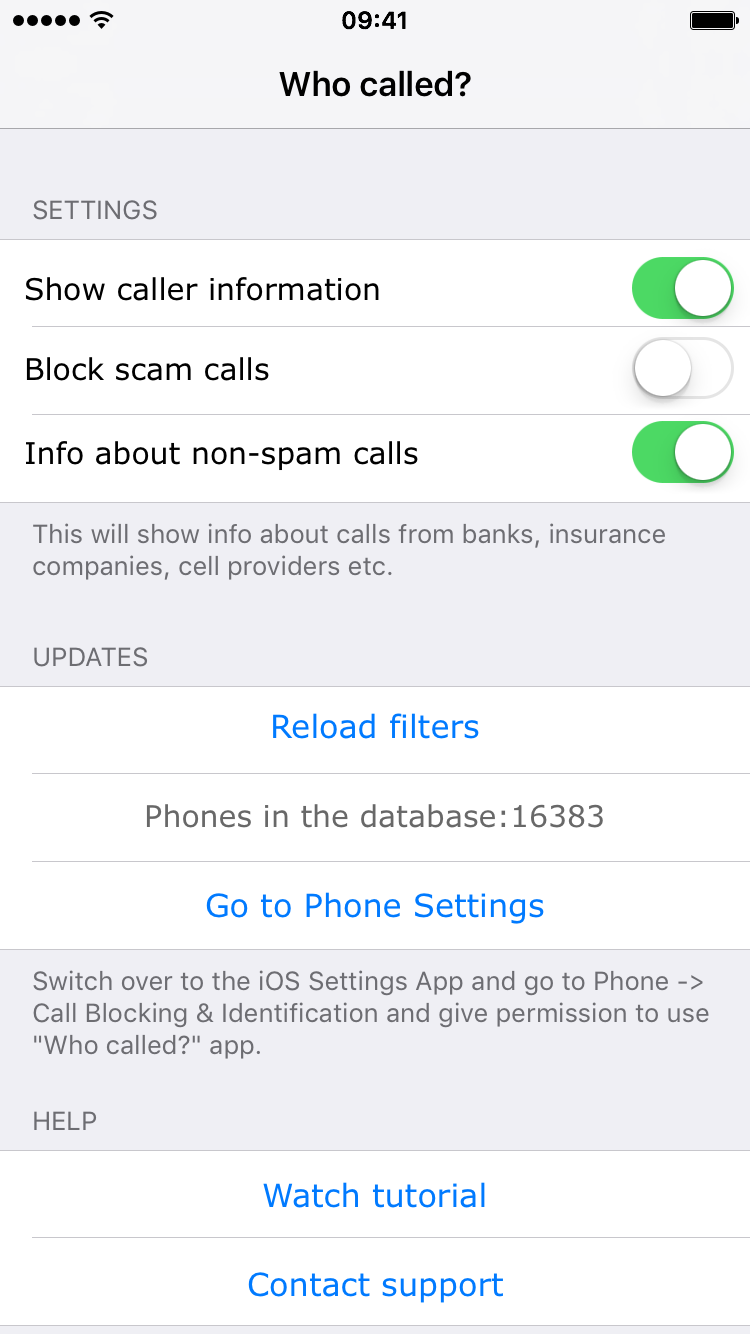 From now on, the app extension should theoretically identify, filter and potentially block calls coming from telemarketers, scammers, etc. Note that your mileage may vary greatly depending on the app extension you are using. Again, these apps are fairly new to the App Store, and some will probably surface as better than others.

Of course, if a spam call still manages to sneak through, you can always block calls manually.

Do you use an extension to block calls in iOS 10? If so, make sure to share which one you’re using and what your experience has been so far.