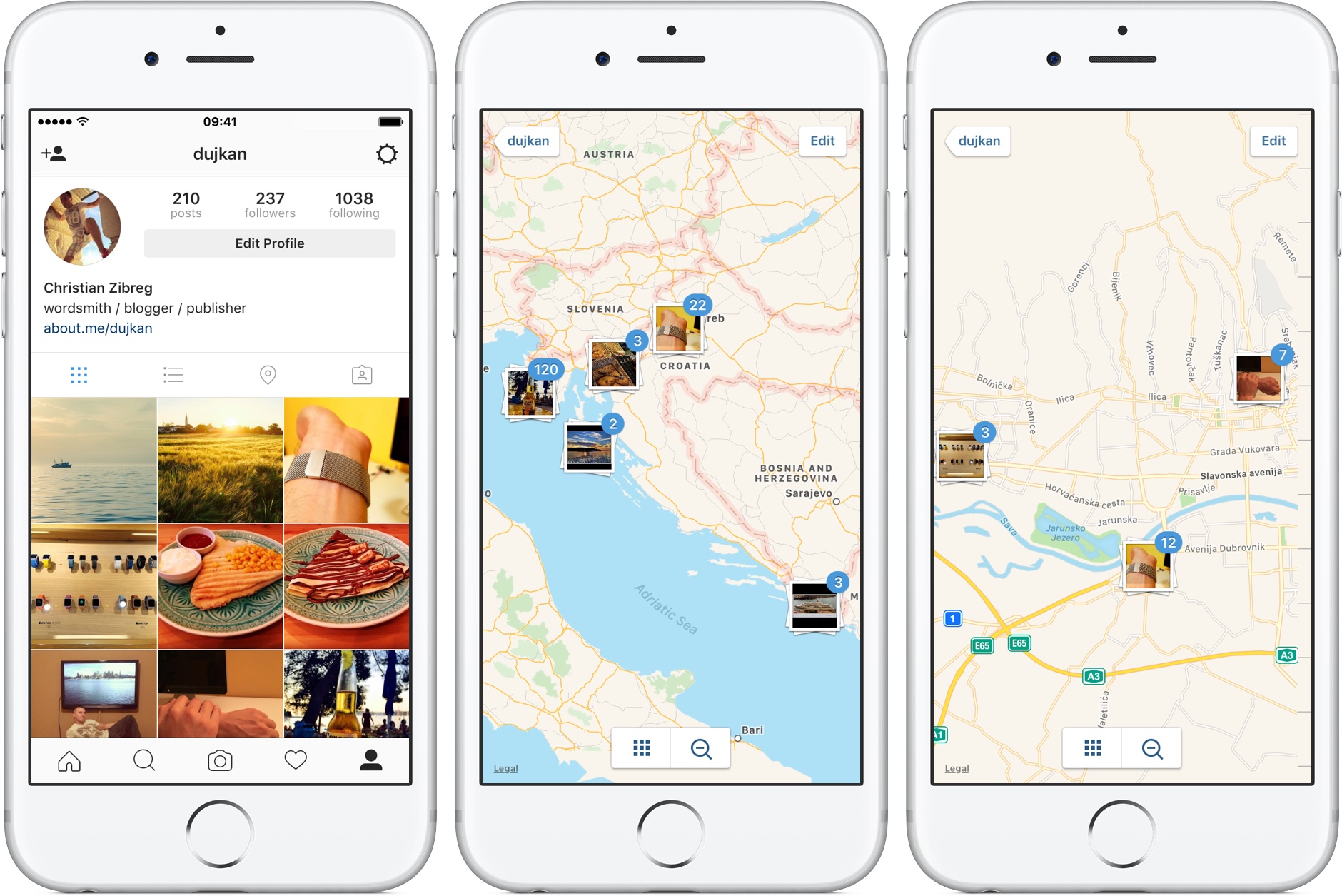 Mashable is reporting that photo-sharing service Instagram has begun taking away Photo Maps from user profiles, a feature that renders photos on a world map based on where you took them as determined by the embedded GPS data. An Instagram spokesperson said they’ve begun ditching Photo Maps because they didn’t prove popular with users (your individual Instagram posts remain geotagged). Photo Maps will remain on your profile tab for now though Instagram plans to remove them from there, too.

“Photo Map was not widely used, so we’ve decided to remove the feature and focus on other priorities,” the company said in a statement.

Instagram started removing this feature for some users last week.

Geotags for locations aren’t disappearing. You’ll still be able to click on a location tag in an individual post and see other photos from that location as well as a small map.

But when you go to someone else’s profile, there will no longer be a separate tab to view all their geo-tagged photos on a world map.

Do me a favor, visit your profile on Instagram and see if the Photo Maps feature has already been removed from your own profile. If not, you may discover that other people’s profiles now lack a dedicated Photo Maps icon.