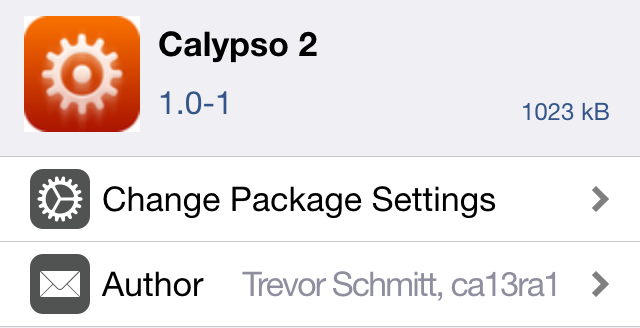 Springtomize is one of my favorite jailbreak tweaks ever released because of its Swiss Army Knife-like appeal, but I also understand there are some jailbreakers who don’t want to spend money in the Cydia store.

To those people, I present a new free tweak called Calypso 2.

Calypso 2 is essentially a Springtomize-like jailbreak tweak without the price tag, and I say that because it provides a myriad of customization options for your iOS device that will remind you a lot of the original super-charged tweak.

There are some differences between the two, like the fact that Calypso 2 doesn’t have nearly as many or as in-depth of options, so in being free, you still kind of get what you pay for.

Nevertheless, for someone who’s looking for a way to tweak their device without breaking the bank, you’ll find it has more than enough options to keep you from having to download an arsenal of jailbreak tweaks to accomplish the same look and feel on your device, so the all-in-one jailbreak tweak spirit still lives on in Calypso 2.

All of the magic for this tweak happens in the Settings app, where you will find the tweak’s preferences pane: 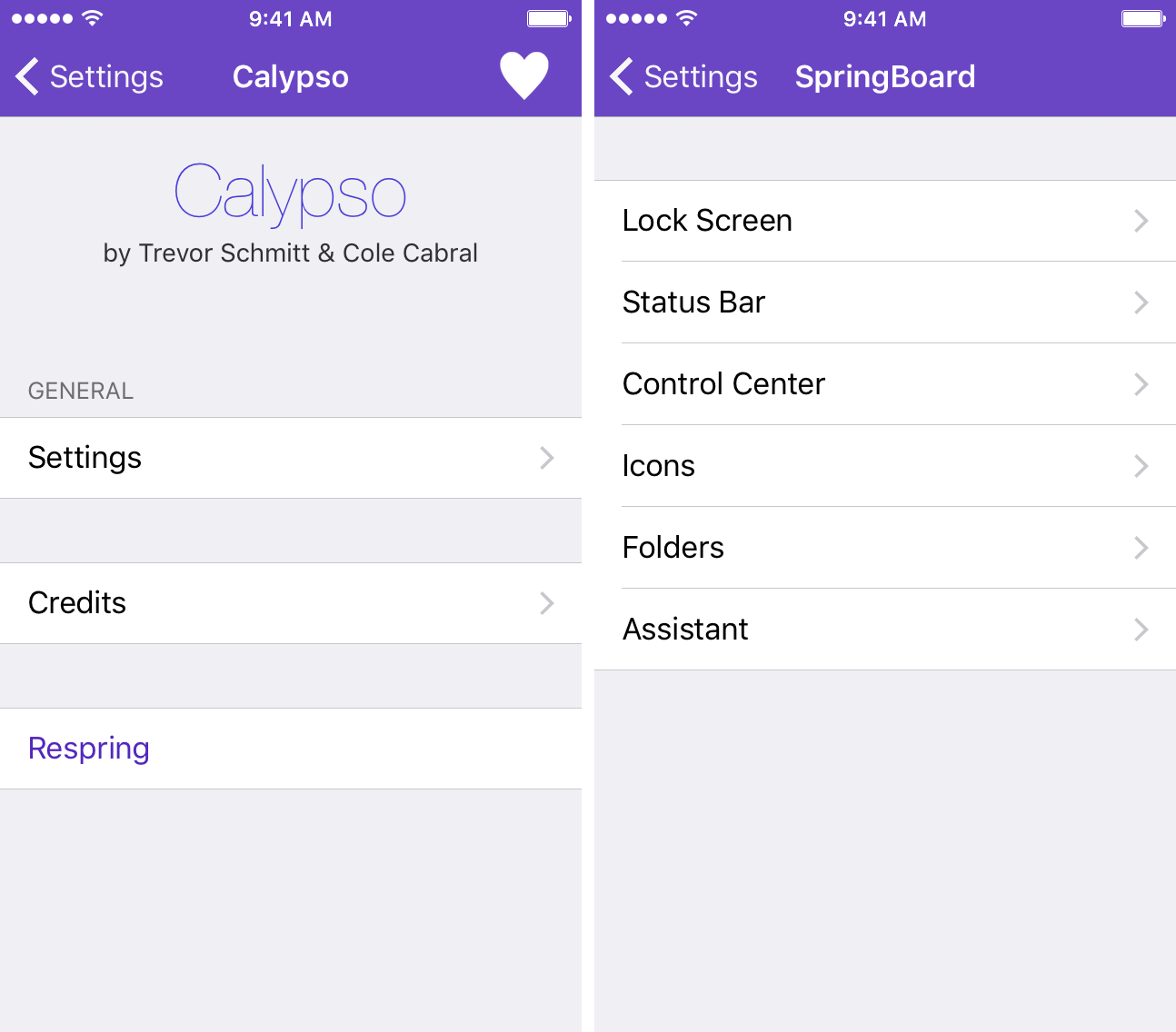 As you can see, the tweak offers settings for:

But I won’t bore you with the details and a long bulleted list this time, so have a look for yourself: 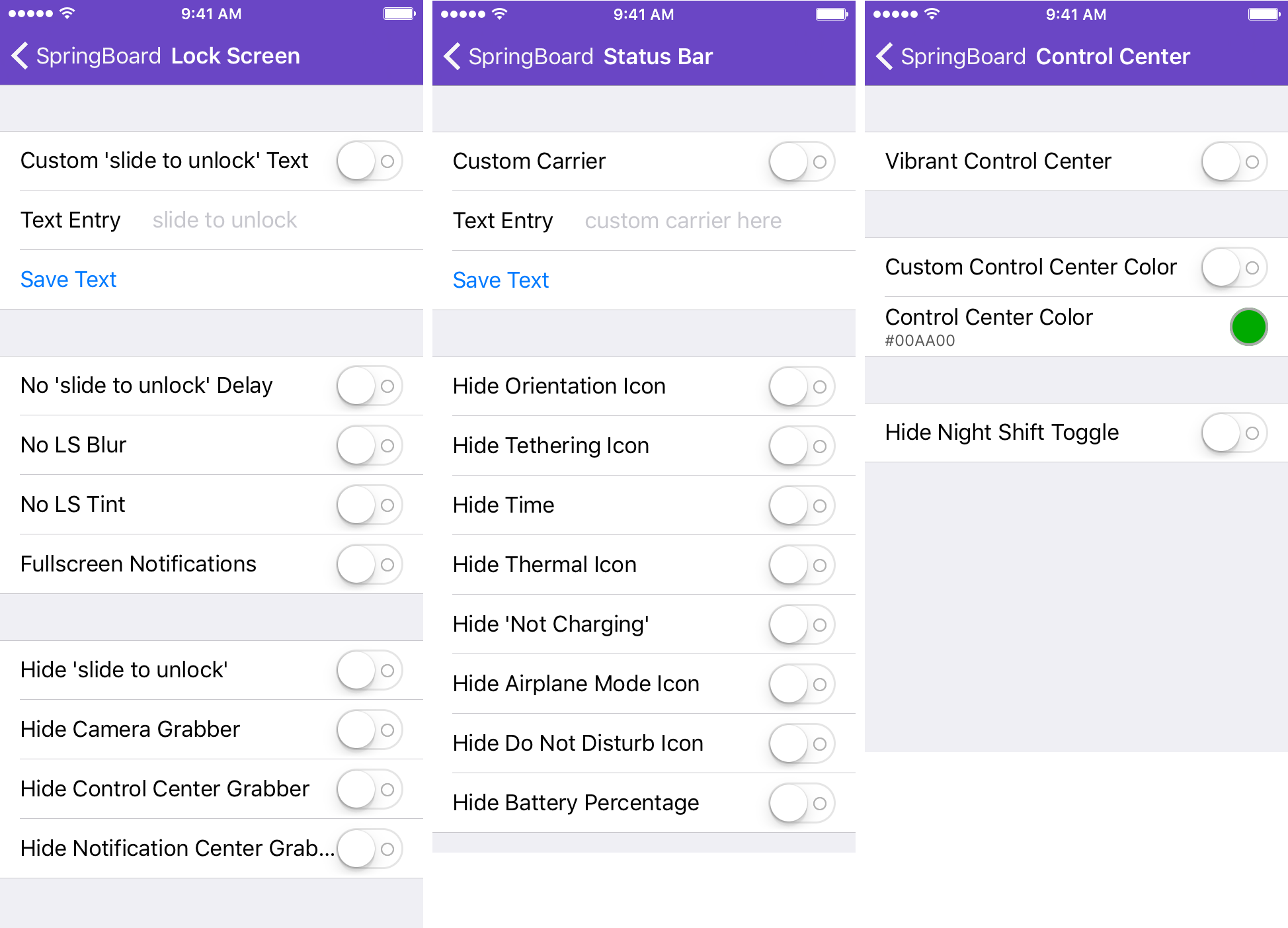 With the Lock screen, Status Bar, and Control Center preference panes, you can flip switches to your liking to change the look and feel of these parts of iOS. For the most part, all of these settings are aesthetic. 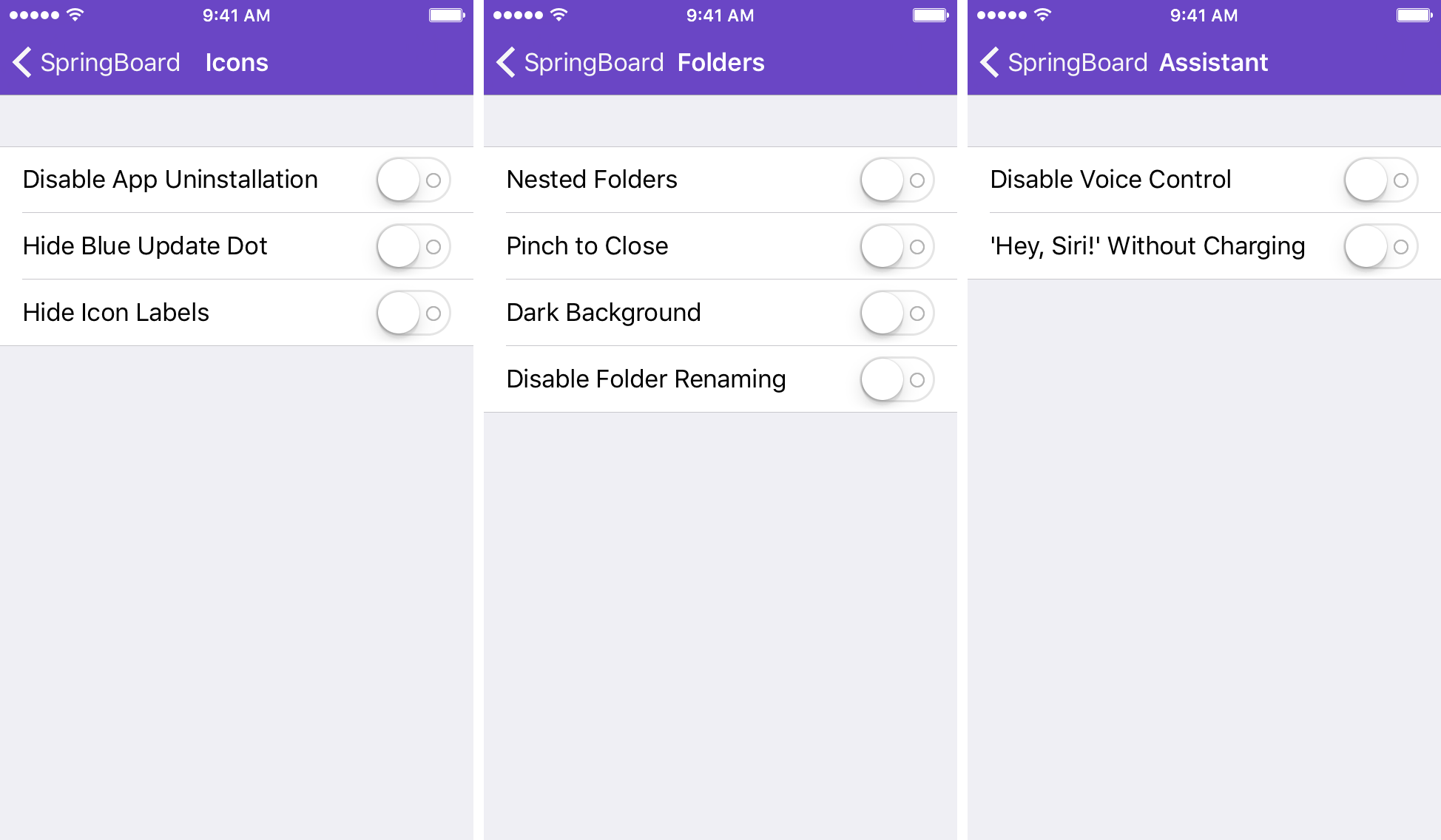 Inside the Icons, Folders, and Assistant preference panes, you get a little more than just aesthetic, but also some functional options. One that I really like is the ability to use Hey Siri even when you’re not connected to a power source on older devices, but having the ability to nest folders and disable app uninstallation are also useful in some circumstances.

Many of the individual settings in Calypso 2 are available as individual jailbreak tweaks in Cydia, so rather than installing a number of tweaks from Cydia and bogging your device down, consider trying an all-in-one tweak for your needs instead.

Calyposo 2 can be downloaded completely free of cost from Cydia’s BigBoss repository right now and all it requires is a jailbroken iOS 9 device.

What do you think about Calypso 2? Share your thoughts in the comments.