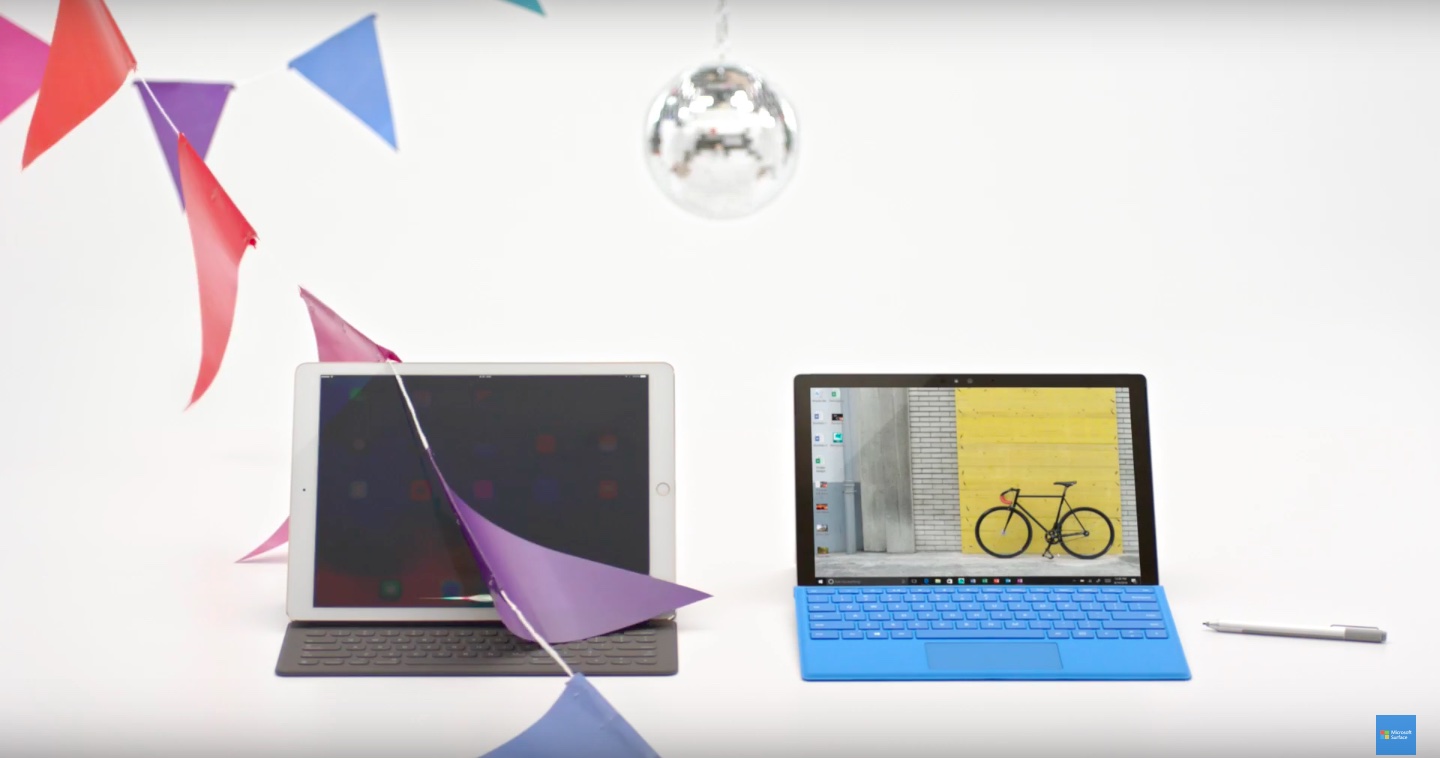 Apple’s most recent iPad Pro commercial attempts to position the powerful tablet as the ultimate computer, but Microsoft begs to differ.

But in its latest commercial for the Surface Pro 4 laptop/notebook hybrid, the Windows maker challenges Apple by basically saying that just because you call something a computer doesn’t mean it fits the description.

“Cortana knows that the Surface Pro 4, with its powerful Intel Core processor, detachable keyboard with real keys and a trackpad, pen, touchscreen, full Office and external ports fits the description. Everything else is just late to the party,” says Microsoft.

The iPad Pro, for all its power, Smart Keyboard and screen, is limited by the same version of iOS that runs on the iPhone, which doesn’t lend itself well to multitasking and productivity versus the Surface.

The Surface Pro 4, on the other hand, runs both tablet-optimized mobile apps and full-on Windows desktop apps like Adobe Photoshop, Microsoft Word and more.

According to KGI Securities analyst Ming-Chi Kuo, the iPad lineup will undergo some reshuffling next year in the form of a brand new 10.5-inch iPad Pro size joining a second-generation 12.9-inch iPad Pro and a low-cost 9.7-inch iPad.

And in 2018, the analyst expects a “revolutionary” iPad model rocking a flexible AMOLED panel and “radical changes” in form factor design and user behavior.

Let us know what you think of Microsoft’s ad in the comments.