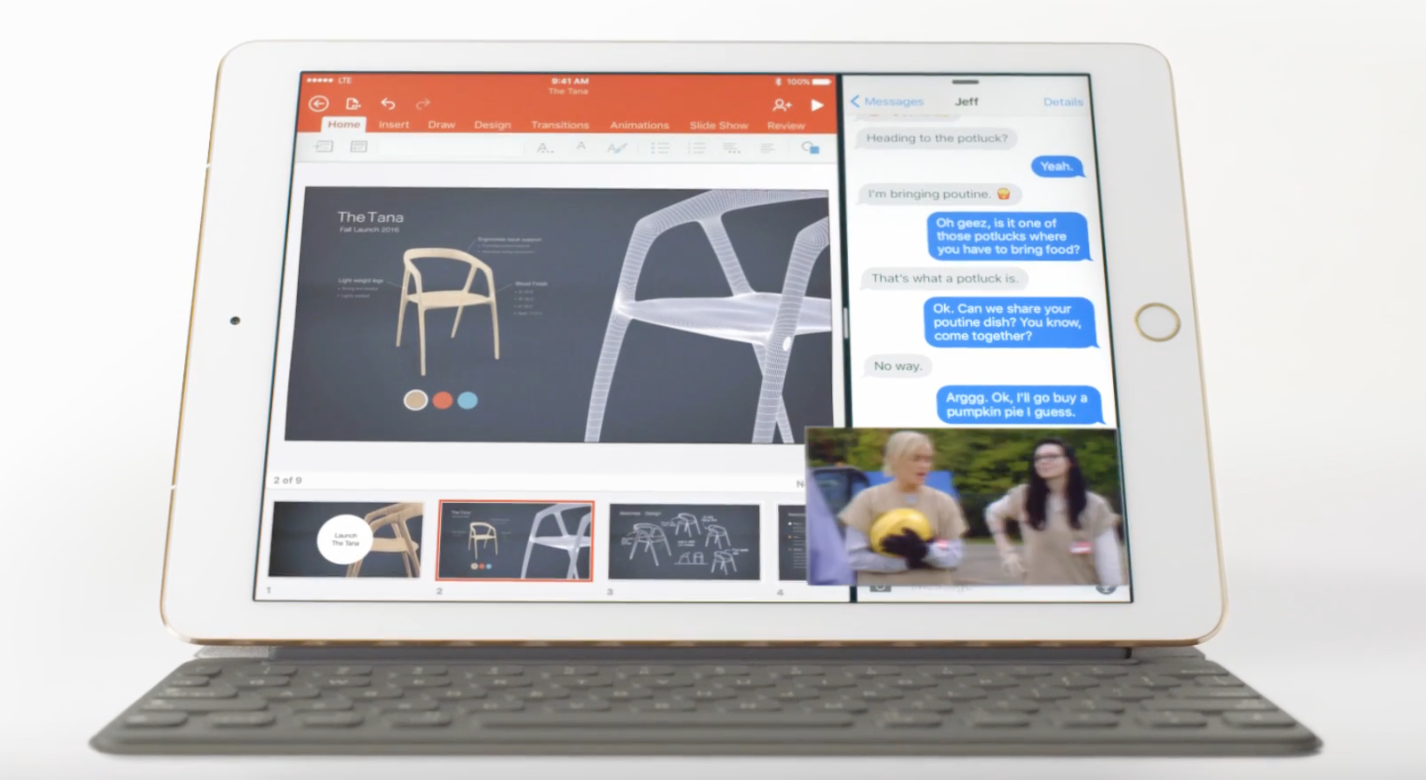 Apple on Monday released a new commercial for its iPad Pro line. Titled “What’s a Computer,” the ad spotlights the firm’s latest and most powerful tablet, showing off various productivity and multitasking features that one might desire from a PC.

This isn’t the first time Apple has suggested that the iPad Pro is powerful enough to replace your computer or laptop, but it is the first time it has done so blatantly in an ad. It’s so flagrant, in fact, that it almost has a Microsoft Surface feeling to it.

Apple announced last week that it sold 10 million iPads during its fiscal third quarter. That’s down .9 million units from Q3 2015, and iPad sales are dwindling, but revenue from iPad was actually up for the quarter, largely thanks to the success of iPad Pro.

What do you think of Apple’s latest ad? Do you think the iPad Pro can really replace a computer?