Here is a full breakdown of Q3 2016 numbers vs those from last year.

Here are some comments from CEO Tim Cook and CFO Luca Maestri:

“We are pleased to report third quarter results that reflect stronger customer demand and business performance than we anticipated at the start of the quarter,” said Tim Cook, Apple’s CEO. “We had a very successful launch of iPhone SE and we’re thrilled by customers’ and developers’ response to software and services we previewed at WWDC in June.”

“Our Services business grew 19 percent year-over-year and App Store revenue was the highest ever, as our installed base continued to grow and transacting customers hit an all-time record,” said Luca Maestri, Apple’s CFO. “We returned over $13 billion to investors through share repurchases and dividends, and we have now completed almost $177 billion of our $250 billion capital return program.”

And here is a look at all of the unaudited summary data: 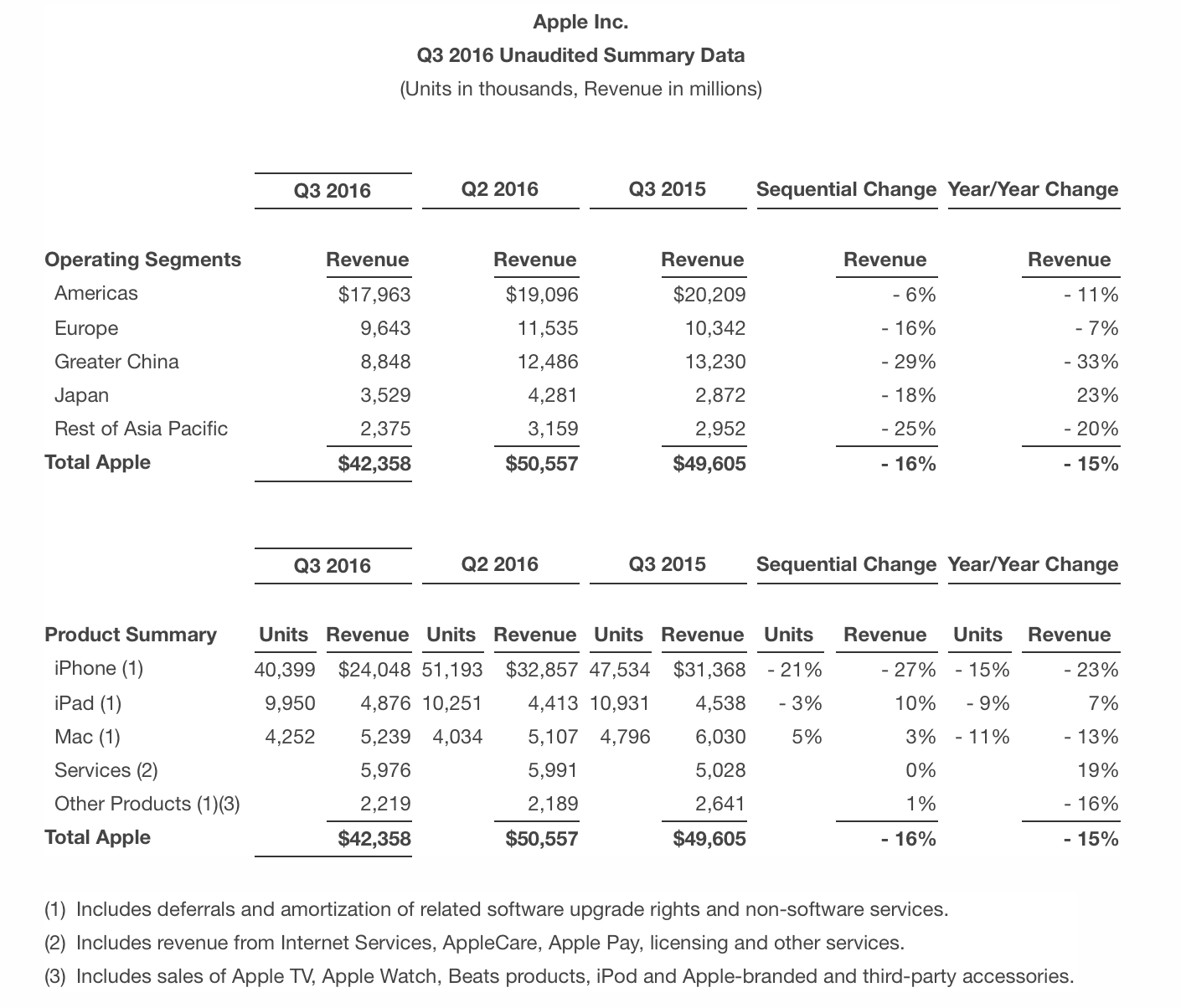 The bottom line here is that Q3 was not as bad as Wall Street, and even Apple, expected it to be. Investors have responded by pushing APPL up nearly 5% in after-hours trading. The company isn’t out of the woods yet though, as it’s forecasting another decline in revenue next quarter and the upcoming iPhone 7 isn’t expected to change that.