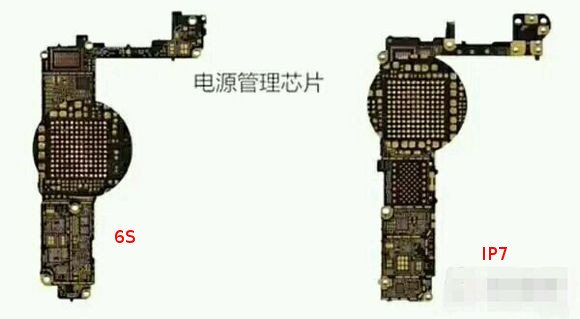 Many Android devices, like Samsung’s Galaxy S7 and Galaxy S7 Edge, can go from zero to fifty percent charge in about thirty minutes, and Apple’s next iPhone could be able to offer a similar fast-charge technology of its own, according to a sketchy post attributed to an unverified Chinese source.

Smartphone leakster The Malignant tweeted out an image of a supposed circuitry which the iPhone 7 and iPhone 7 Plus should utilize to support at least 5-volt, 2-amp fast-charging, a major improvement over current iPhone chargers rated at one amp.

The image top of post shows an iPhone 6s logic board next to what is supposedly an iPhone 7 logic board  featuring an improved circuitry to support fast-charge technology.

iPhones currently implement some sort of basic fast-charge technology, but nothing like that in the Galaxy S7, for example. It should be noted that iPhones can be charged using significantly more powerful 2.1A/12W iPad adapters. For instance, using an iPad adapter your iPhone 6 or iPhone 6s can reach 90 percent charge in about two hours.

The Malignant is a smartphone leakster who recently posted images of alleged iPhone 7 parts in Space Black and a purported iPhone 7 logic board. Since he doesn’t have a long track record in leaking out unannounced Apple products, you should take today’s news—you guessed right—with a proverbial pinch of salt.