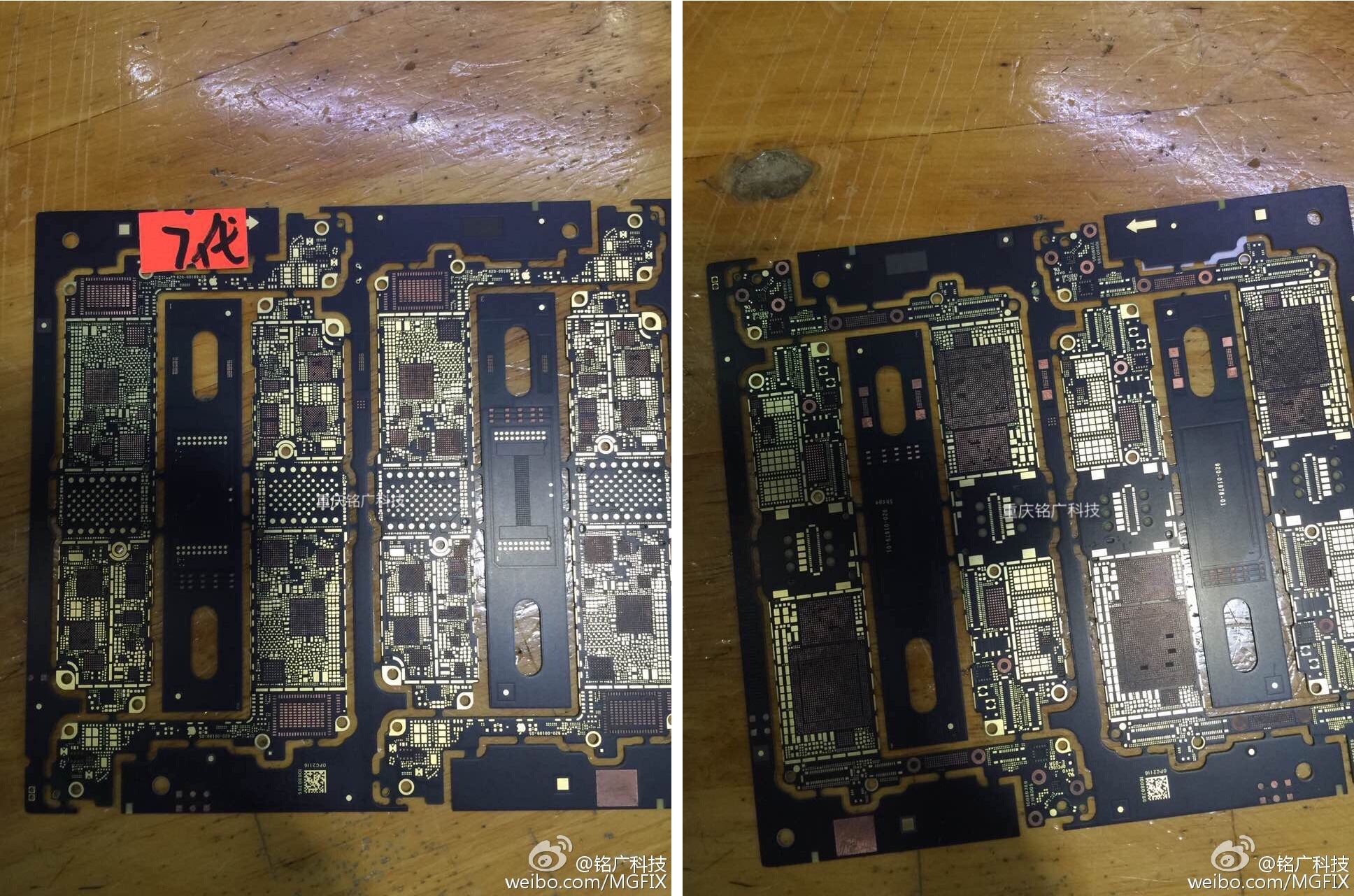 GeekBar also posted their own photos of the iPhone 7 motherboard. 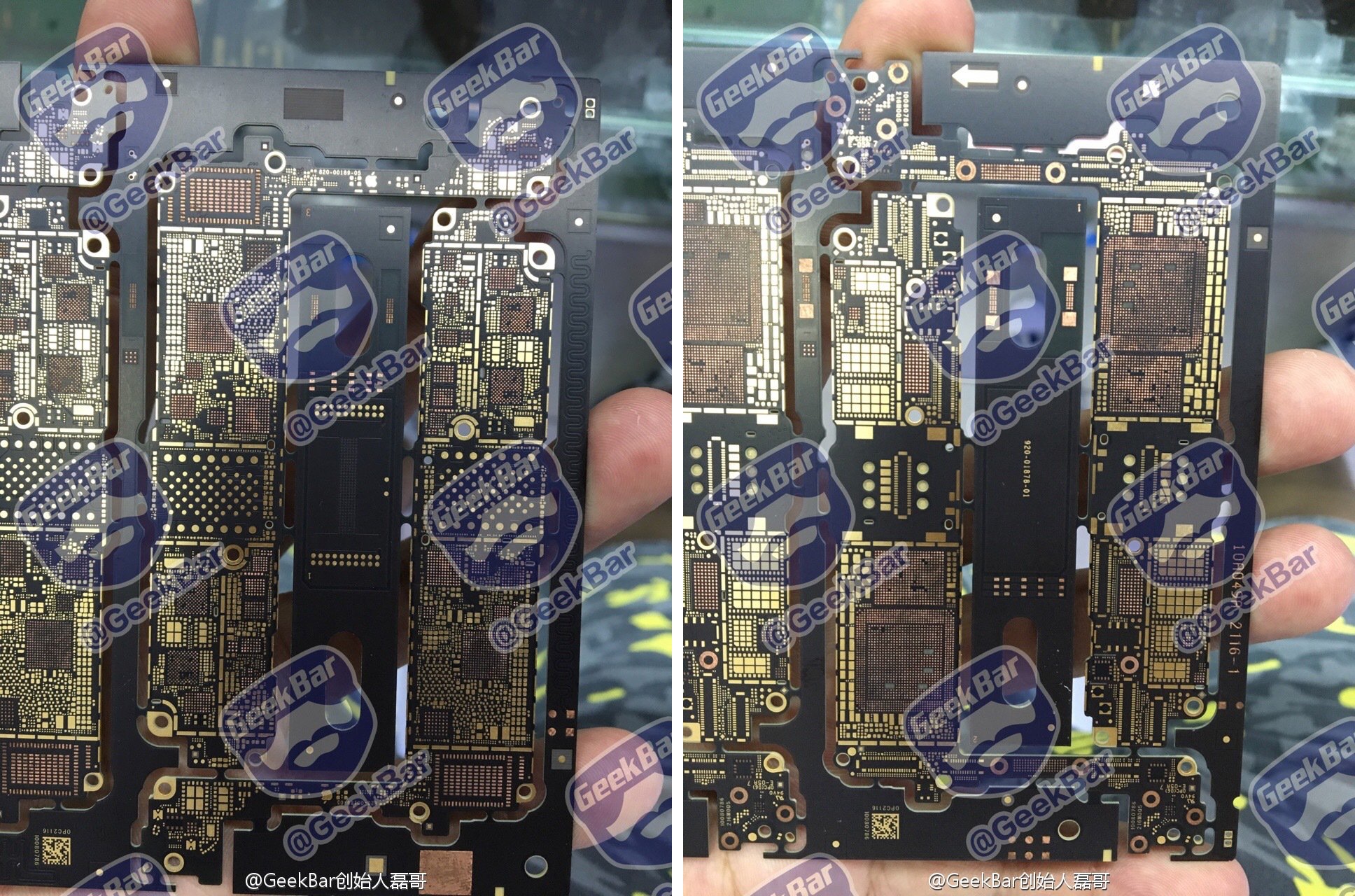 Little, if anything, can be gleaned from these photos because it’s a bare logic board without any chips on it. The iPhone 7 and iPhone 7 Plus should run an Apple-designed ‘A10’ system-on-a-chip produced using TSMC’s cutting-edge ten-nanometer manufacturing process that should result in faster graphics and processing power and lower power consumption.

The logic board’s layout closely matches that of prior iPhone models. And if what we’re seeing is the real deal, then the iPhone 7 won’t have a dual-SIM system as previously rumored because the photo clearly shows a space for a single SIM tray.