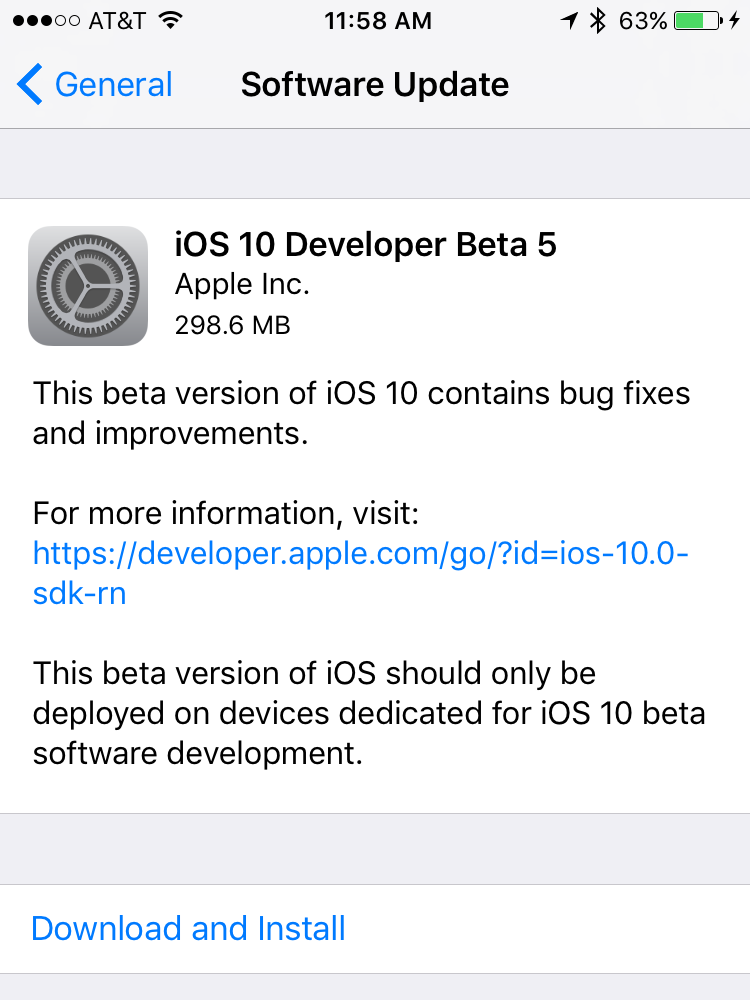 Apple on Tuesday seeded the fifth beta of iOS 10 to developers. Registered developers running the latest betas can access the update via the OTA mechanism in iOS, or as a standalone download via Apple’s developer center.

Beta 5 comes just one week after the fourth beta, suggesting Apple has entered the fine-tuning stage as it prepares for a public release next month. Beta 4 added new emoji, new keyboard sounds and several other minor tweaks.

We are currently installing today’s beta, and will be sure to report back with any notable changes. If you spot something we’ve missed, leave a comment below or email us at tips@idownloadblog.com.