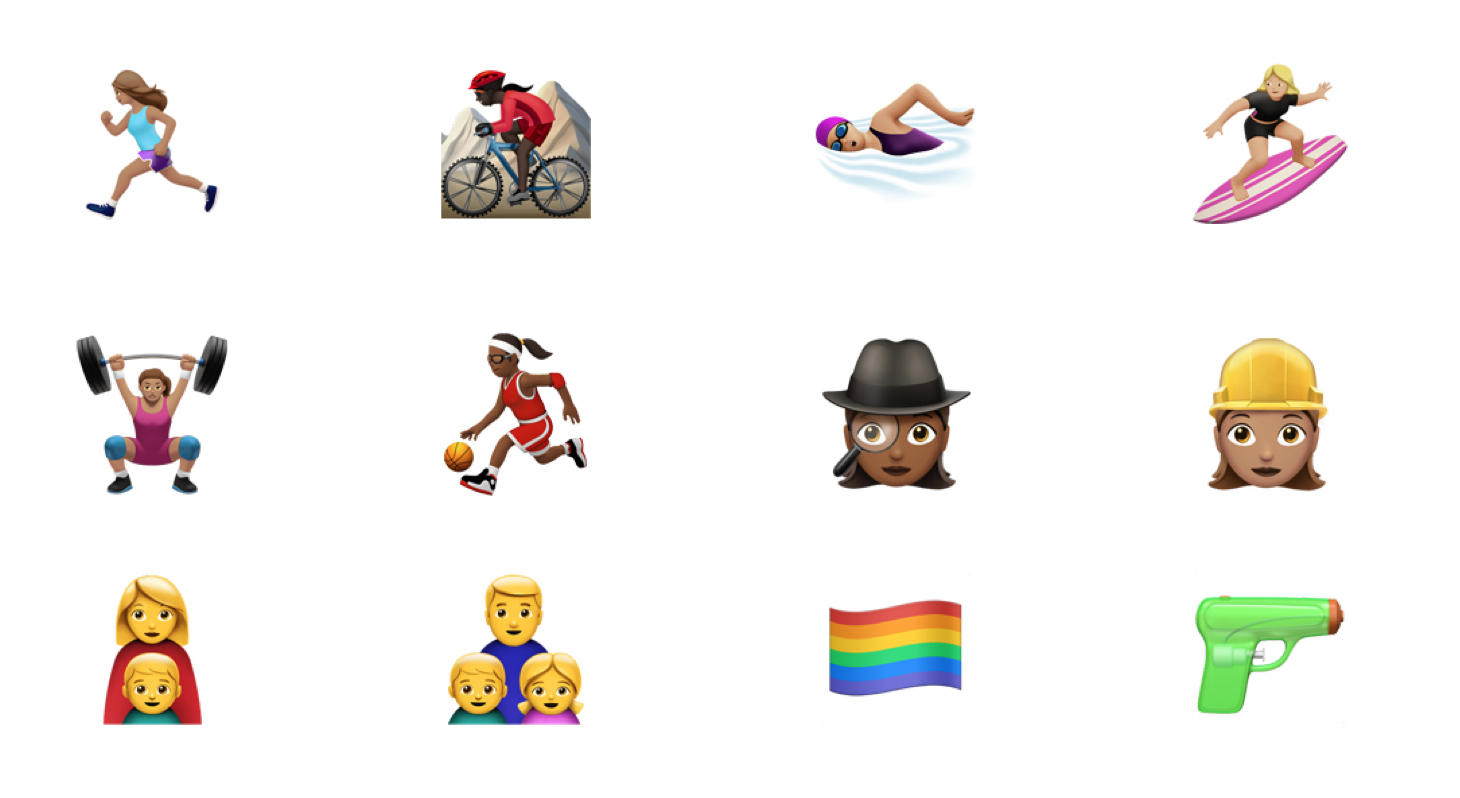 Apple is adding more than 100 new and redesigned emoji characters in iOS 10, the company said in a press release on Monday. The new emoji are accessible in the latest beta—iOS 10 beta 4—which was released to registered developers this morning.

The focus of the additions is gender diversity. So characters that previously only featured men options, such as the cyclist, swimmer and construction worker, are now available for both men and women, and likewise for previous women-only emoji.

More than one hundred new and redesigned emoji characters will be available to iPhone and iPad users this Fall with iOS 10. This exciting update brings more gender options to existing characters, including new female athletes and professionals, adds beautiful redesigns of popular emoji, a new rainbow flag and more family options.

Apple is working closely with the Unicode Consortium to ensure that popular emoji characters reflect the diversity of people everywhere.

The new emoji follow the official announcement of Unicode 9.0 last month, which introduced 72 new emoji, including new men and women versions of various characters. These and more new features in iOS 10 will be available to the public this fall.