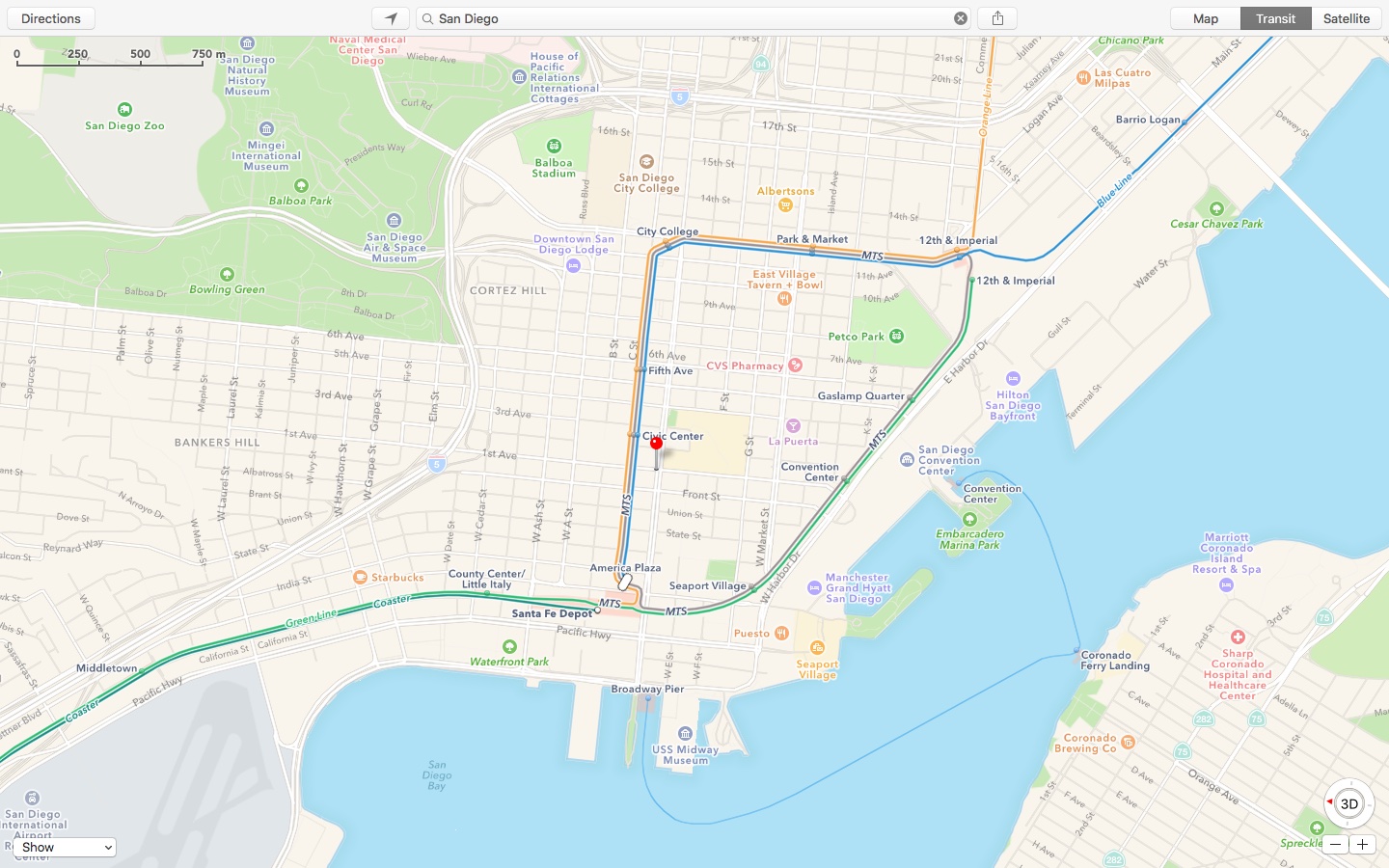 In the Kansas City metropolitan area, public transportation options available on Apple Maps include RideKC buses and the downtown KC Streetcar. As mentioned by MacRumors, directions extend to most suburbs in both Kansas and Missouri, including Overland Park, Olathe, Independence, Lee’s Summit, Shawnee, Blue Springs, Lenexa, and other smaller communities.

Transit routing options in Honolulu include TheBus buses, with directions extending to destinations across the entire Oahu island.

Transit directions in San Diego include busses and the city’s Trolley light rail system connecting the east and south counties with the Downtown area.

In Vancouver, Victoria—which is Canada’s third-largest metropolitan area—as well as in other British Columbia markets, transit directions include the SkyTrain.

The latest Transit data expansion follows the prior addition of Atlanta, Georgia; Denver, Colorado and Miami, Florida as U.S. locations where public transit information is available via Apple Maps.

Apple Maps is available as a native application on an iPhone, iPad, iPod touch and Mac and might be coming to the web in the future.