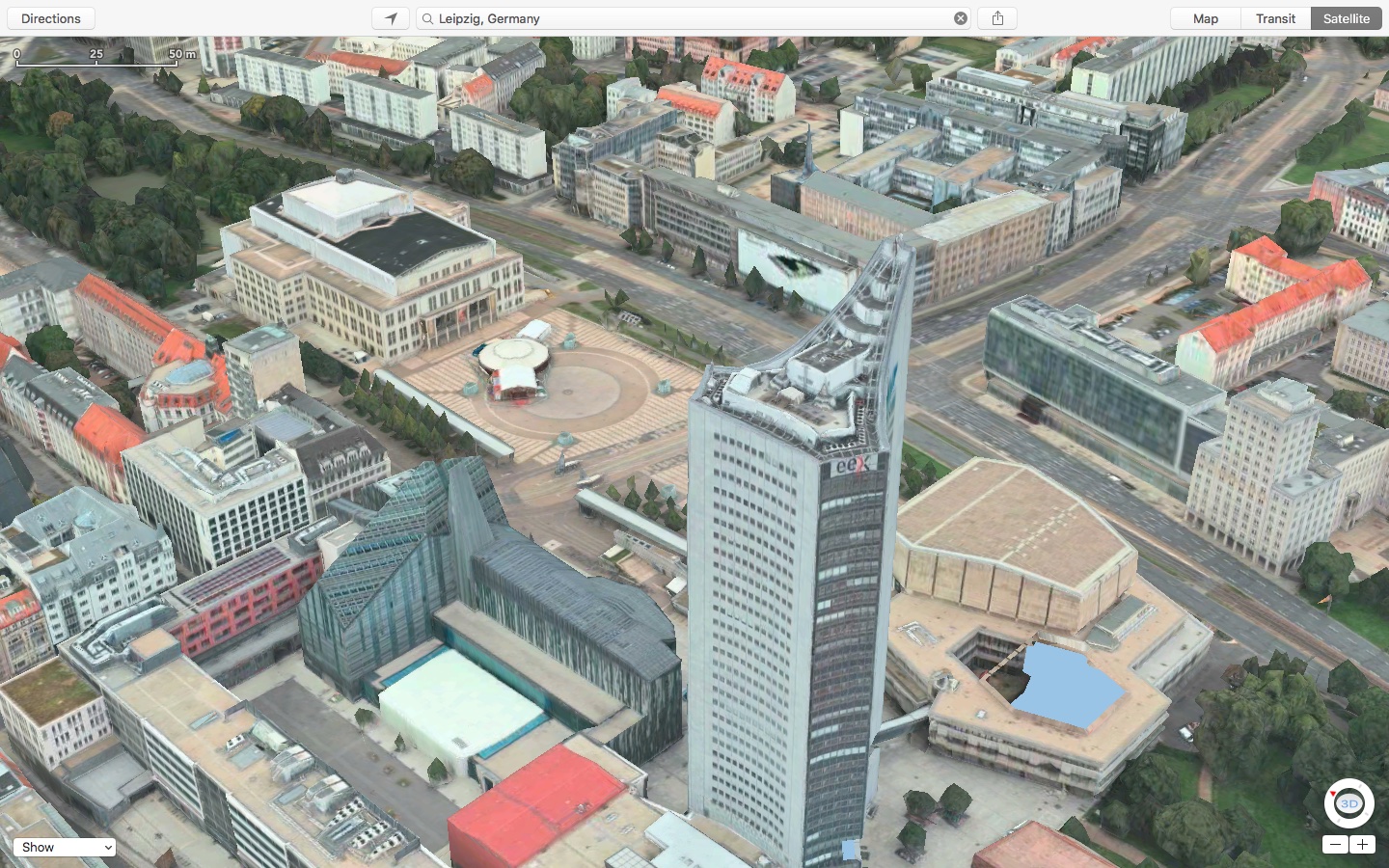 Flyover takes advantage of a fleet of airplanes that photograph points of interest from multiple angles. These photos are then used to derive depth information from them to recreate buildings, landmarks and other objects in 3D space.

To access these views, launch Maps on your iPhone, iPad, iPod touch or Mac, find a supported Flyover location using search, switch to Satellite view and zoom all the way in.

Traffic information is now available to customers in:

Here are newly added Maps locations in the US with public transit information integration:

According to Apple Insider, Transit data has been available in the Atlanta and Miami markets since early June, arriving in Denver a few days later. In China, Transit data on Maps is available for 30 cities.

The feature will also make its debut in Japan when iOS 10 launches this fall, as revealed on Apple’s iOS 10 Preview webpage in Japan. Apple revealed at WWDC 2016 that the Transit feature aggregates data from over 250 third-party transit agencies.