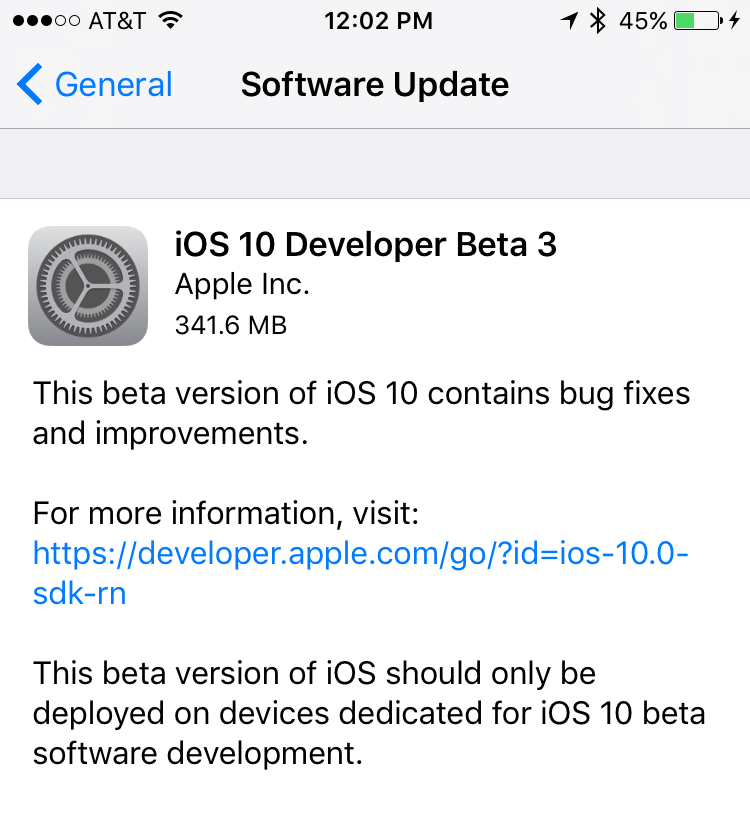 Apple on Monday seeded the third beta of iOS 10 (build “14A5309d”) to developers. The release, which comes roughly two weeks after beta 2, is available to all registered iOS developers through Apple’s dev center.

Beta 2 brought about several, though not necessarily significant, changes including a new Rest Finger to Unlock option, and enhancements to Notification Center, Messages and the stock Music app.

We are currently installing today’s beta, and will be sure to report back with any notable changes. If you spot something we’ve missed, leave a comment below or email us at tips@idownloadblog.com.