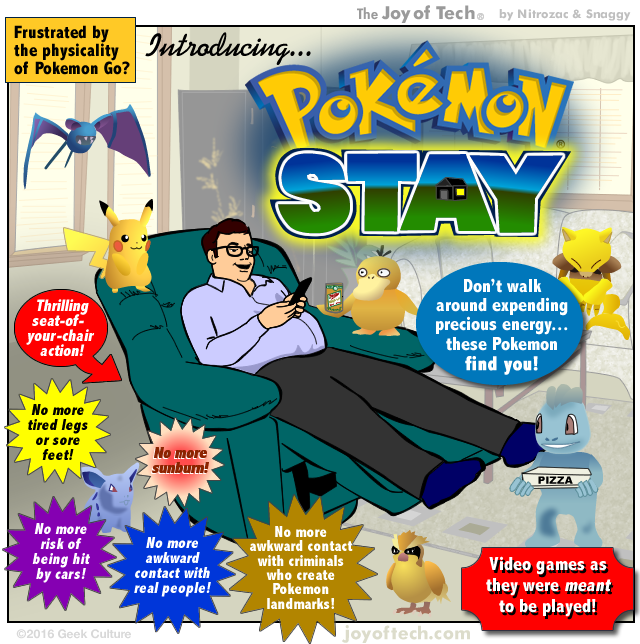 In less than a week, Pokémon Go has become the biggest mobile game in the US history, however, the app is currently limited to App Stores in the United States, New Zealand, Australia and Germany.

Eager to get their hands on some pokémon, some of the tech-savvier international users have resorted to switching their Apple ID in order to download the game only to find their Apple Music libraries wiped as a result, reports The Telegraph.

Long story short, some folks have created an Apple ID for one of the supported countries where the game is available. The problem stems from the fact that signing out of their existing App Store account and signing in with an Apple ID for another country as an unintended consequence disables Apple Music and wipes their saved libraries.

the downside of Pokemon go is i had like 2,000 songs saved on apple music and i have to find them all and save them again now

while I tried to change Apple Store to get Pokemon Go all my Apple Music deleted ???? like ALL of my music?? is there anything I can do ??

Luckily, there’s a simple workaround to get your saved Apple Music tracks and playlists back without needing to painstakingly re-download Apple Music songs and albums or recreate any saved playlists.

How to get your Apple Music library back

After a few seconds or minutes, depending on the size of your iCloud Music Library, you’ll get your music back along with any custom playlists.

Pokemon Stand comic courtesy of the awesome Joy of Tech.