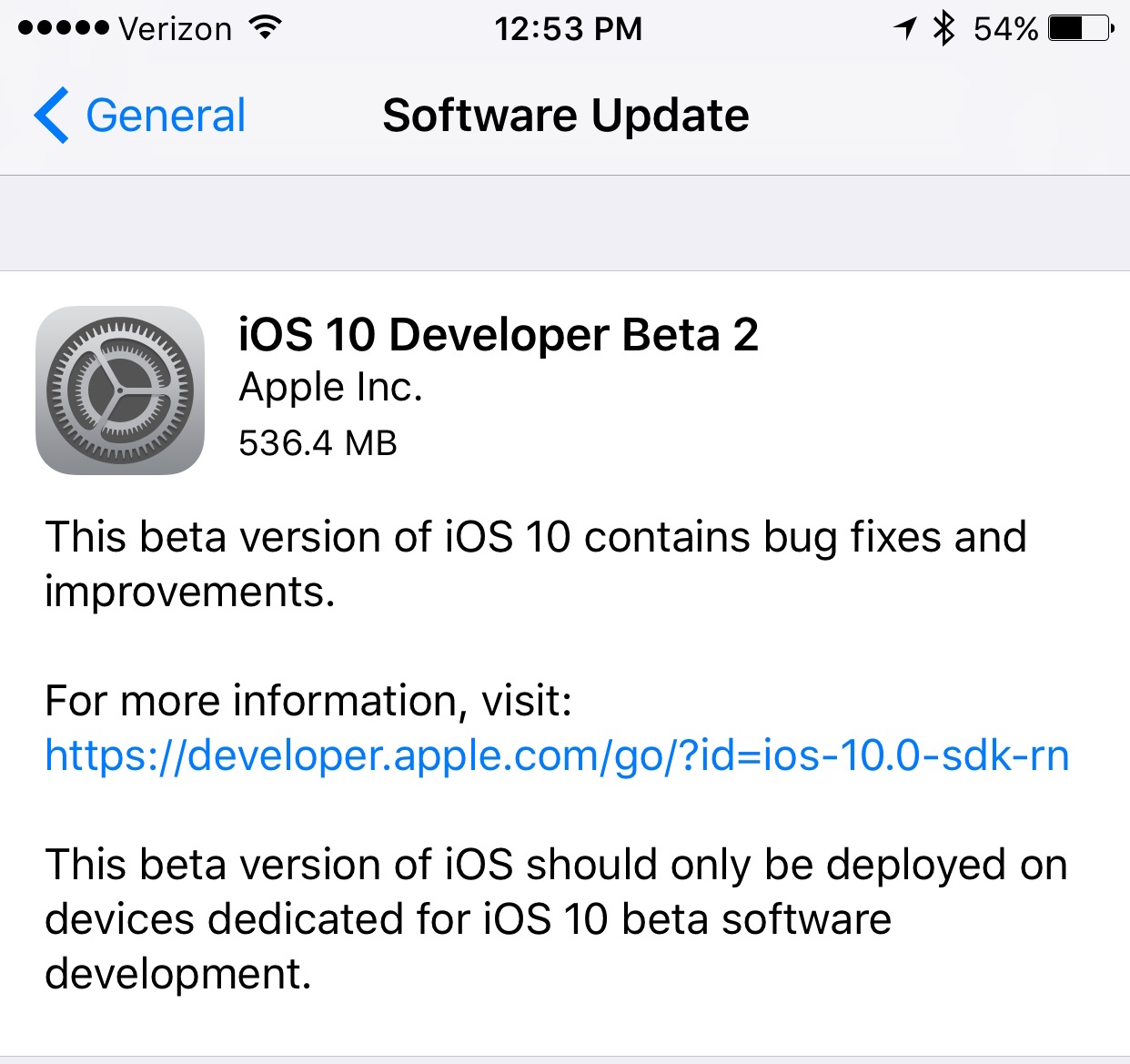 Following the first developer-only preview of iOS 10 which was issued following the June 13 WWDC keynote, the Cupertino firm today pushed iOS 10 beta 2 (build number “14A5297c”) to the members of the Apple Developer Program. The new software is available as an over-the-air download on the iPhone, iPad and iPod touch devices that run the first beta. A beta of iOS 10 will be made available to public beta testers in July.

iOS 10 includes a plethora of new features for both end-users and developers, including a huge update to Messages that delivers more expressive and animated ways to message friends and family, like stickers and full-screen effects, third-party support for Siri, overhauled Maps, Photos, Apple Music and News apps, an all-new Home stock app and more.

With iOS 10, Apple is taking advantage of the extensions architecture that debuted in iOS 8 to open up additional aspects of the operating system to developers, including Siri, Maps, Phone and Messages.

iOS 10 is available to members of the Apple Developer Program and will launch to public beta testers signed on the Apple Beta Software Program in July ahead of public availability this fall.

System requirements for iOS 10 are the same as those for its predecessor, but the iPhone 4s, original iPad mini and iPad 2 are no longer supported.